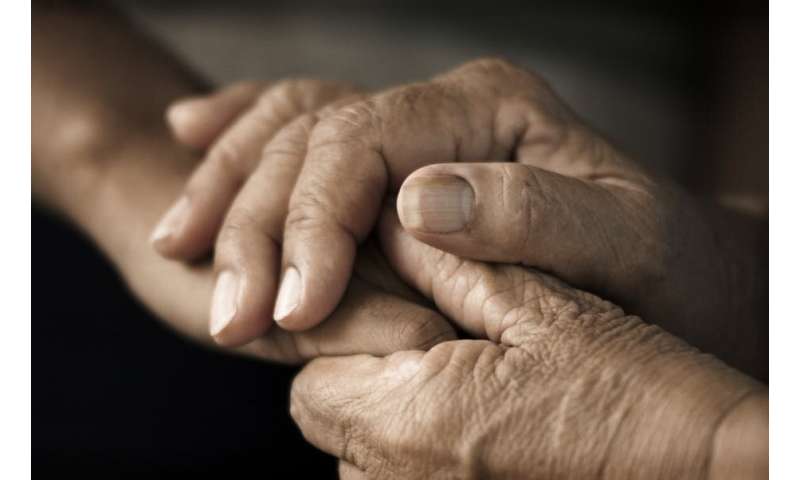 More than three quarters of a million people take their own lives every year, to devastating personal, social and economic cost. Recent research has detailed the strong connection between suicide and mental illness, particularly depression.

Past studies have also shown that those who have lost a relative this way are more likely to consider suicide. This paints a complex picture of suicide as something that has been shown to have both environmental and biological causes.

Now our research has identified specific DNA risk markers which are involved. Our analysis has also shown that people who died by suicide had more of these risk markers, and has indicated the extent of overlap with risk markers for mental illness.

In this largest study to date, we assessed the severity of suicidal behaviours of 157,000 people who answered a survey on mental health and well-being. Crucially this study included people with no diagnoses of mental illness as well as those with known mental illness. We analysed each individual’s DNA, the genetic variation for about nine million positions across the genome – the complete set of DNA. Genetic variations are the differences in the DNA that make each of us unique.

Suicidal behaviour is complex and poorly understood. It includes a range of thoughts and actions, from thinking about self-harm through to suicide attempts. Thoughts about self-harm are relatively common in the general population, even in those with no history of mental illness.

Genetic variations influence personality types as well as the risk of mental health problems and alcohol or drug use. But it is also clear that genetic predisposition is only part of the issue – broader factors such as personality (impulsivity, pessimism), social (loneliness), economic (deprivation), lifestyle (drug or alcohol use) and environmental (loss of a loved one) also play an important role in suicidal behaviour.

Even without mental illness, negative life experiences (such as bereavement, divorce, financial worries) can trigger distress and despair in people. This can be worse in people with low optimism or perfectionist personalities and can lead to suicidal thoughts and behaviours. People with impulsive or aggressive personalities, or those under the influence of drugs or alcohol, might also act in a way that could injure themselves without realising the severity of the consequences. Access to lethal methods (such as guns) is an important factor in the outcome being self-harm or suicide.

Looking at the data

In our study, we sought to identify genetic variations that might be associated with a broad range of suicidal thoughts and behaviours by making use of a very large sample of data from the UK Biobank. The UK Biobank is a study that collected a wide range of information from nearly 500,000 people across the UK. Information included physical measurements (such as height, weight, blood pressure) and detailed questionnaires about lifestyle (such as diet and exercise patterns), family history of disease, personal medical history and current medication. Individuals were also given the opportunity to give a blood sample for DNA analysis.

Approximately six years after the study began, UK Biobank asked 157,000 participants (from the 500,000 people in the initial study), with and without mental health problems, to complete a comprehensive thoughts and feelings questionnaire. This included a range of questions on mental health and self-harm. Participants were asked whether they had ever:

We used this range of suicidal behaviours – from thoughts about self-harm and ending life to suicide attempts – analysed in order of increasing severity, and identified three regions of DNA containing genetic variations that were associated with suicidal thoughts and behaviour.

By linking to death certification records (a small proportion of the UK Biobank have died by suicide), we were also able to show that having more genetic variants associated with suicidal tendencies were observed in individuals who died by suicide. When considering summary results (rather than individual data) across the genome, we found that, as expected, there was an overlap (a genetic correlation) between the genetic variants for suicidal behaviours and those that increase risk for several mental illnesses, most notably major depressive disorder and anxiety disorders.

More accurate models of suicide risk prediction are urgently needed and are vitally important for public health around the world. Our long-term ambition is that researchers in genetics will work more closely with social and psychological scientists to develop useful models of suicidal behaviour that are informed by evidence from biological, social, psychological and medical research.

Antibiotics are polluting rivers around the world

As a rule the pain stop – a fairy tale or a possibility?