Charlie Apple had experienced people calling into question his humanity, suggesting he was just a confused kid or even a moral aberration. As a transgender teen, he had accepted that his future could include discrimination, verbal abuse, and violence. The sense of peace he said he felt in transitioning physically, however, was worth the risk.

Still, it was especially painful last year, Apple said, when Texas lawmakers used the same sort of dehumanizing language he’d heard on the playground as they debated whether to deny trans kids everything from participation in sports to gender-affirming medical care.

“Seeing these people who are supposed to protect you, who are supposed to make laws to protect children, say all these horrible things and make it clear that you are not worth fighting for?” said Apple, 18, who testified with his parents against several anti-trans bills in Texas. “That’s a whole different thing.”

State legislators across the country introduced a record number of anti-transgender bills in 2021, many specifically targeting trans youth. Texas lawmakers proposed nearly 50 such bills, including an unsuccessful bill that could have sent parents to prison and placed their children in foster care if they approved gender-affirming treatments. In the first week of 2022 alone, legislators in at least seven states proposed bills targeting LGBTQ+ youth. On Feb. 3, South Dakota Gov. Kristi Noem signed a bill banning transgender girls and college-age women from playing on female sports teams. It becomes the 10th state to pass such a ban.

The debate isn’t limited to the United States. In 2020, three judges from the United Kingdom’s high court ruled against the use of puberty blockers for those 16 and younger, saying it was unlikely youth could give informed consent. The decision was overturned in September 2021.

As health care providers continue to discuss best practices, the larger debate outside of medicine amid these legislative efforts to restrict access to care is having a detrimental impact on transgender youth, said Dr. Aron Janssen, vice chair of Lurie Children’s Hospital’s psychiatry and behavioral health department in Chicago.

“These are kids who are already quite vulnerable. We know that suicide rates among transgender youth are incredibly high,” Janssen said. “We would anticipate that legislative efforts that are created to reduce access to lifesaving care are going to have negative consequences.”

“What I am concerned about is that something that is doing significant and documented harm to the health and well-being of LGBTQ youth is being seen as a highly effective political tactic and means of fundraising,” said Casey Pick, a senior fellow for advocacy and governmental affairs at the Trevor Project. “It scares me that LGBTQ youth are being sacrificed to a political process.”

In the past year, Pick said, the Trevor Project’s lifeline and digital crisis services had more than 200,000 calls, emails, and texts from across the country — about 14,500 of them coming from Texas. 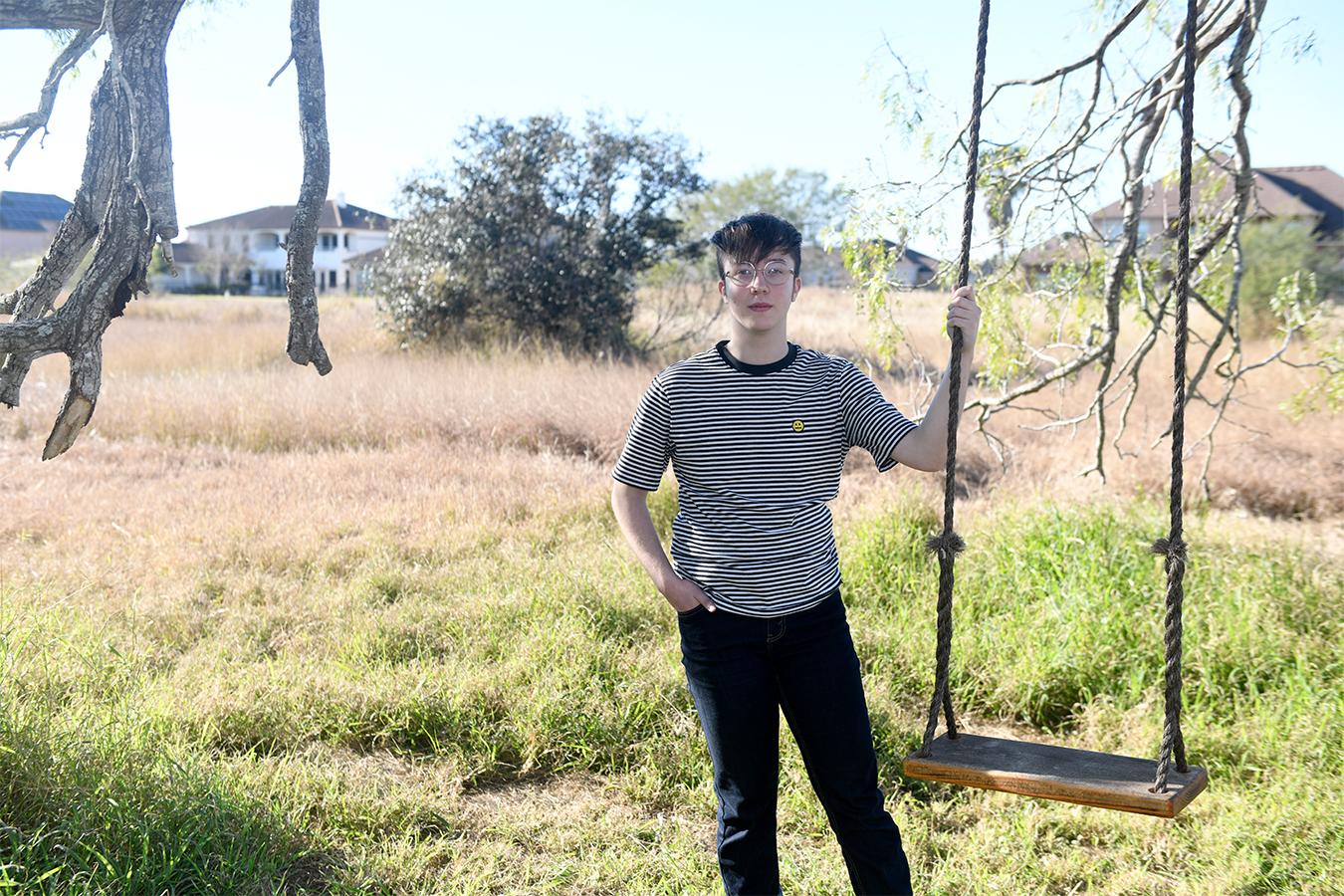 “Our position at Texas Values, and with our research, is that kids should not have access to any puberty blockers, cross-sex hormones, or any gender transition surgeries,” she said. “A lot of these kids claiming they are going through gender dysphoria are dealing with the normal problems preteens face, just realizing themselves and finding their identity.”

The amped-up political heat has caused repercussions. The Texas Department of Family and Protective Services removed from its website a resources page for LGBTQ+ youth that included information about suicide prevention and the Trevor Project hotline after criticism from a conservative Texas gubernatorial candidate. At least one Texas school district reportedly also blocked access to LGBTQ+ resources, such as the Trevor Project, but reinstated some of them after students protested.

Those pullbacks are especially concerning, said Pick, because LGBTQ+ kids are overrepresented in the child welfare system and are less likely than other children to have access to appropriate mental health and medical care or internet access outside of school or child welfare agencies. Compared with their peers, LGBTQ+ kids who have been in foster care also are more likely to report attempting suicide, according to the Trevor Project.

“Regardless of what they think about trans youth, and whether it’s real or not, you’d think they would want to prevent suicides,” said Laura Edwards-Leeper, an Oregon clinical psychologist who helped found a U.S. clinic offering assessment and medical interventions for transgender youth. “If they really cared about young people, they would be putting their energy into allocating more resources to areas that are lacking in the field.”

Edwards-Leeper has advocated for improved training for therapists and increased diligence in exploring mental health concerns beyond gender identity before a patient begins medical interventions such as puberty blockers and cross-sex hormones. But, she said, medical intervention is appropriate for some youth. 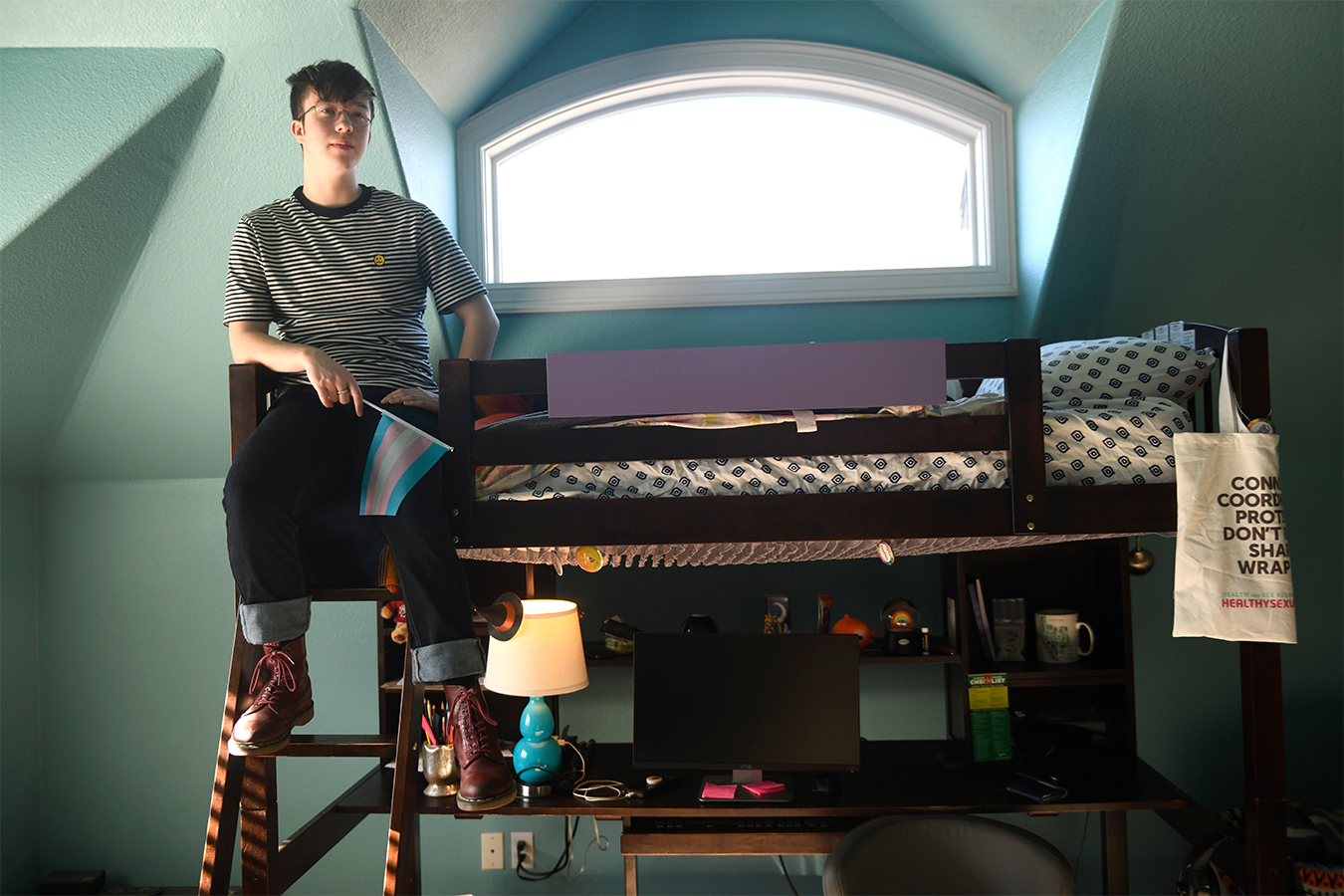 “My feeling is that these things, especially the treatment of these kids, should not be left up to the courts or lawmakers,” said Edwards-Leeper. “It should really be in the hands of mental health and medical providers who are trained to do that work.”

Dr. Jason Rafferty, a Rhode Island pediatrician and psychologist who authored a 2018 American Academy of Pediatrics policy statement on supporting trans kids, said current political rhetoric and legislation are not grounded in science. Medical protocols for transgender people are not new, he said, adding that politicizing the delivery of medical care to transgender youth is both inappropriate and damaging.

“By taking away books or banning websites, you can’t erase people’s experiences,” he said. “Kids are still feeling what they are feeling; they’re now just feeling more isolated and alone and won’t have those references to help normalize their feelings as part of the human experience. That’s scary when we’re talking about emotional and psychological health and development.”

In Tucson, Arizona, Lizette Trujillo, who has a 14-year-old transgender son, said she is well versed in overcoming societal barriers as the American-born daughter of Mexican immigrants. But when her son came out as transgender, she and her husband worried their child would be further marginalized.

Trujillo has learned how to locate safe businesses and neighborhoods for her son. Still, he has dealt with anti-trans slurs at school. And, she said, it is increasingly difficult.

“There is this exhaustion and this disappointment that we are still having these same conversations and these same fights over and over,” said Trujillo.

“This is just who these children, these youth, are,” said Weeden. “They did not wake up one morning and decide ‘Hey, I want to be part of this community that’s ostracized, looked down upon, made fun of, that’s isolated.’” 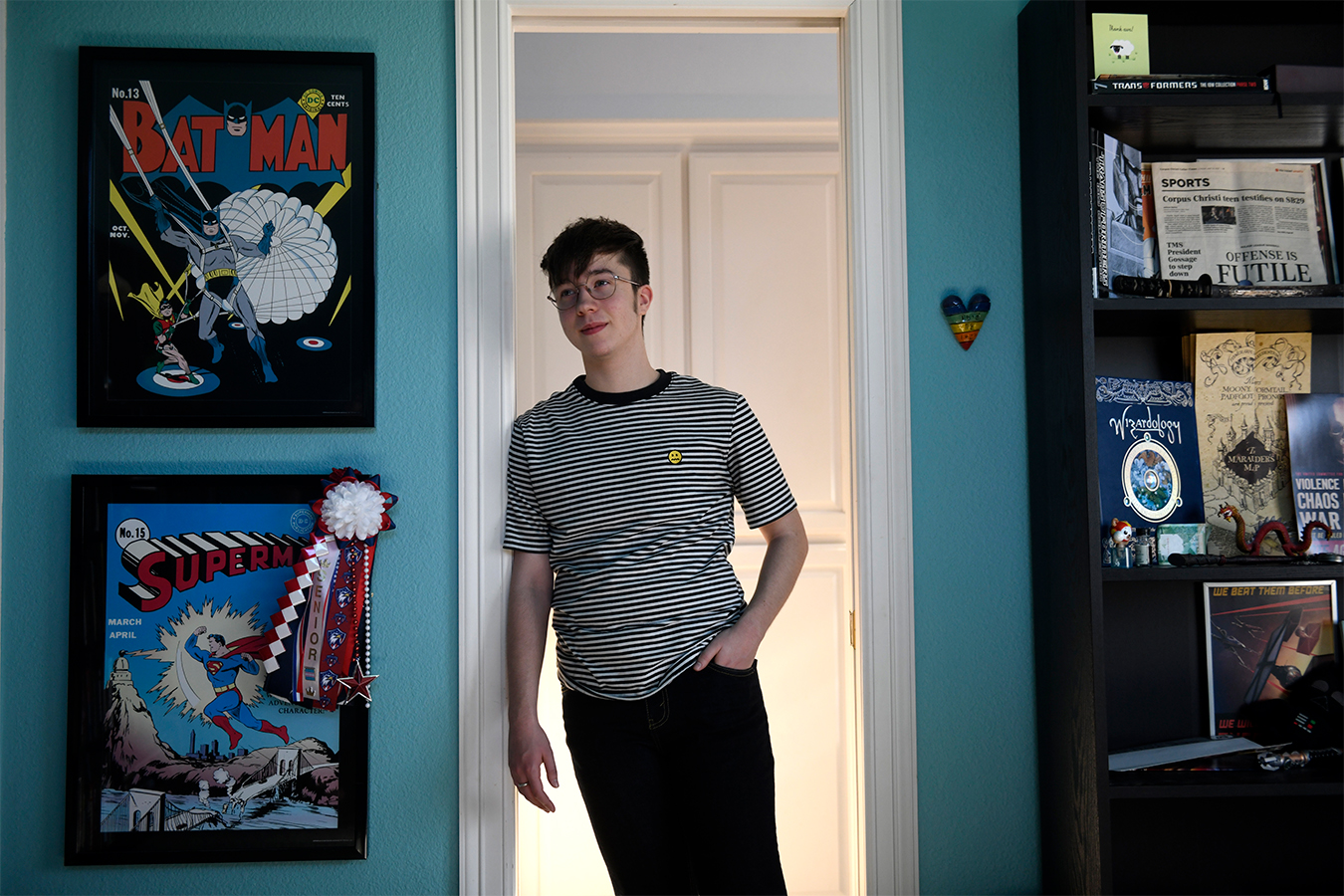 Despite concerns about the impact of future legislation and surrounding rhetoric on LGBTQ+ youth, Apple remains hopeful things can improve.

“I am a human being and I am also trans,” he told KHN. “I am a mosaic of experiences and identities, with joy and sorrow and happiness and love, just as you are. Seeing us as the multifaceted human beings that we are is the first step in fighting this.”

Catherine Zeta-Jones, 51, Shows Side-Boob in Backless Swimsuit While Doing Yoga on a Boat

For Each Critically Ill COVID Patient, a Family Is Suffering, Too