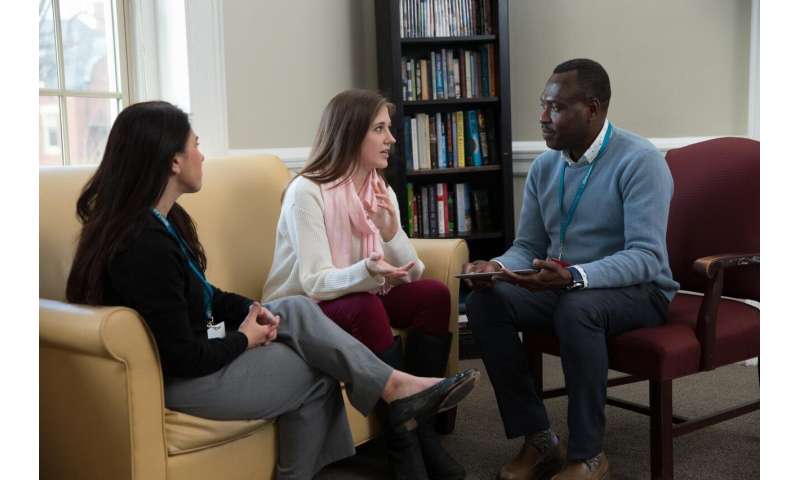 Treatment for individuals who experience psychosis, such as hallucinations and delusions as a result of a psychiatric illness, can be targeted to a specific structural mutation, according to a study published by researchers from McLean Hospital and other institutions in the journal Biological Psychiatry.

The study was led by Deborah L. Levy, Ph.D., director of the Psychology Research Laboratory at McLean Hospital, the largest psychiatric affiliate of Harvard Medical School. The research provides a proof-of-principle demonstration of symptom relief by targeting a specific genotype and links an individual structural mutation to the pathophysiology of psychosis and treatment response.

In the last decade, significant progress has been made in identifying genetic factors underlying schizophrenia, bipolar disorder, and other psychiatric disorders. Hundreds if not thousands of common genetic variants are collective risk factors for schizophrenia and other psychotic disorders. However, the impact of each individual variant is both very small and indecisive in determining risk.

Rare genetic variants, on the other hand, can have large effects on risk. These variants are thus assumed to impact core pathophysiological processes.

Large-effect mutations are individually rare, with even the most recurrent impacting relatively few individuals. Some are so rare that they are private mutations, known to occur in only one or a few families, as is the mutation described by Levy and her colleagues.

Levy’s study describes a variant that is characterized by an increase in the number of copies of specific genes (i.e., a copy number variant or CNV). In this case, is effectively due to the presence of a small extra chromosome. This CNV includes the gene encoding the enzyme glycine decarboxylase (GLDC). “The compelling aspect is that this CNV can be linked to pathophysiology, and, as the new study shows, to treatment,” said Levy.

GLDC breaks down glycine, which is a co-agonist at the NMDA receptor, a type of excitatory glutamate receptor. The patients in this study have four, instead of the usual two, copies of the GLDC gene.

“We thus predicted that they would have increased glycine breakdown and thus less glycine available at the glycine modulatory site of the NMDA receptor. This results in NMDA receptor hypofunction,” said Uwe Rudolph, MD, former director of the Laboratory of Genetic Neuropharmacology at McLean Hospital.

According to Levy, the presence of an increased number of copies of GLDC raised the question of whether this CNV is medically actionable in individuals with this mutation.

“Starting with individual carriers of the mutation, meaning using a ‘genotype-first’ approach, we sought to determine whether the predicted reduced glycine availability attributable to the increased copy number could be potentially normalized with agents that increase glycine or D-serine availability,” explained Levy. “This approach contrasts with the usual standard clinical practice of treating individuals on the basis of clinical symptoms or diagnosis independent of specific genetic variants.”

Participants in the study had four identical copies of the GLDC gene. The authors showed that supplementation of standard psychotropic agents (including clozapine) with glycine or D-cycloserine (a partial selective agonist at the NMDA receptor) resulted in improvement in clinical symptoms. The researchers provided two independent proof-of-principle demonstrations of symptom relief by targeting this specific genotype.

“It is important to note that the two subjects studied here bore little clinical resemblance, with distinctly different symptom burdens, and highly dissimilar courses of illness,” noted J. Alexander Bodkin, MD. Bodkin, the director of the Clinical Psychopharmacology Research Program at McLean, oversaw psychiatric care of both subjects throughout the blinded and open-label trials of glycine and d-cycloserine.

“The findings may implicate a ‘molecular subtype’ that may respond to treatments that normalize dysregulation of the glutamatergic system” said Levy, “Specifically, carriers of other related mutations may potentially benefit from low-dose D-cycloserine as well. If it becomes possible one day to identify patients with such molecular subtypes in clinical practice, studies could be conducted that would potentially make targeted treatment approaches available to a larger group of patients.”

The Workout That Makes You Better in Bed

Prone to winter depression? These 3 things you should NOT do now