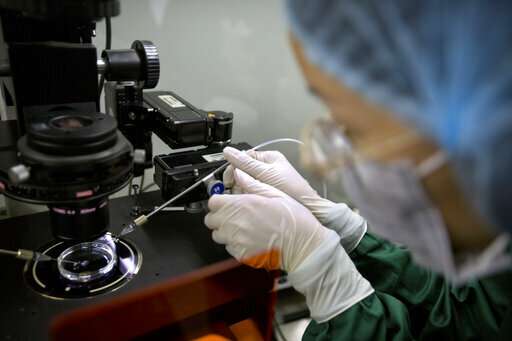 China has unveiled draft regulations on gene editing and other potentially risky biomedical technologies after a Chinese scientist’s claim of helping to create gene-edited babies roiled the global science community.

Under the proposed measures released Tuesday, technology involving gene editing, gene transfer and gene regulation would be categorized as “high-risk” and managed by the health department of the State Council, China’s Cabinet.

The measures follow assertions in November from scientist He Jiankui that he altered the DNA of twin girls born that month using a powerful new tool. The technology, called CRISPR-cas9, makes it possible to operate on DNA to supply a needed gene or disable one that’s causing problems.

The revelation that it may have been used to conceive children elicited widespread outcry over the procedure’s ethical implications. Researchers said He’s actions exposed the twins to unknown health risks, possibly including a higher susceptibility to viral illnesses.

Gene editing for reproductive purposes is effectively banned in the U.S. and most of Europe. In China, ministerial guidelines prohibit research on embryos that “violates ethical or moral principles.” Ethical guidelines published in 2003 say that gene editing is permitted for research, but that the experimental embryo cannot be nurtured for more than 14 days.

He Jiankui said he edited the babies’ genes at conception in hopes of making them resistant to the AIDS virus, as their father is HIV positive. His lab was in Shenzhen, China’s southern tech hub, and he recruited study participants through an AIDS advocacy group. He said his goal was to rewrite DNA before birth to make some children immune to HIV during their lifetime.

He also pursued international experts at Stanford and Rice universities, where he had done graduate studies work, and elsewhere, seeking advice before and during the experiment. 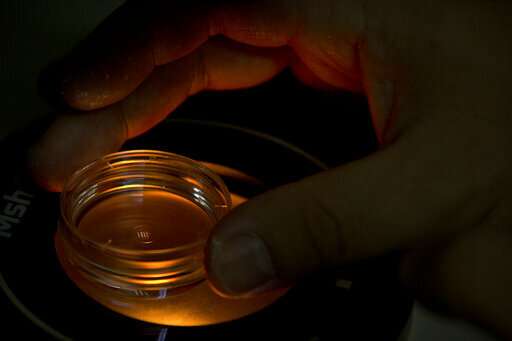 In an interview with The Associated Press the month before his project was publicized, the 34-year-old scientist said he believed gene editing of human embryos resulting in live births was legal in China because the country has no law specifically forbidding it.

China’s official Xinhua News Agency reported last month that He had breached national guidelines and would be punished for any legal violations. Xinhua didn’t say which laws He might have violated, but noted that he had fabricated an ethical review.

Along with the birth of the twins, another embryo yet to be born reportedly resulted from He’s experiment. All three will remain under medical observation with regular visits supervised by government health departments, Xinhua said.

Kehkooi Kee, a Tsinghua University researcher who conducts gene editing on stem cells, said the volume of paperwork he must now fill out has increased as a result of being subject to more checks.

While He’s work was widely condemned by his fellow scientists in China, it has had repercussions for others studying gene editing. It has also become more difficult to get gene-editing research approved, Kee said.

Unhealthy food due to Social Media?

How Does a 2-Year-Old Get Ovarian Cancer? Doctors Explain