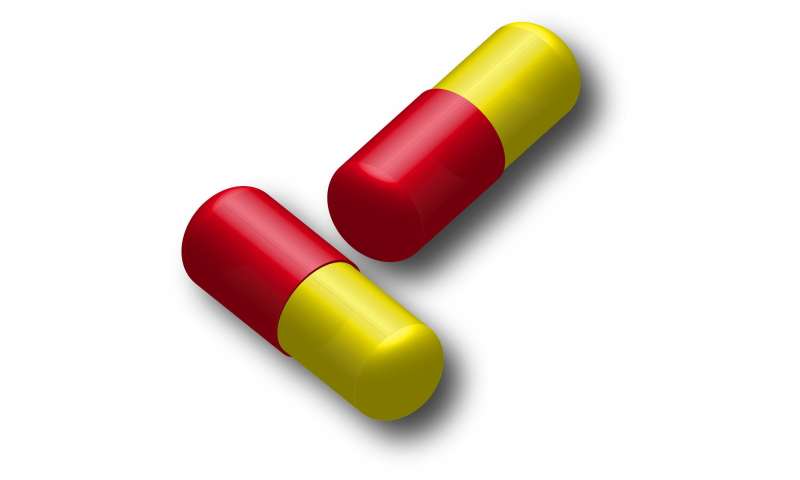 Pharmacists at University of Minnesota Health are attaching digital sensors to chemotherapy pills to detect when cancer patients are forgetting or falling behind on tumor-killing medications.

So-called smart pills have been used to improve “medication adherence” for patients with heart problems or mental disorders, but the U became the first to test their effectiveness with oral chemotherapy.

The technology could significantly improve cancer care because the timing and dosage of chemotherapy is critical, said Dr. Edward Greeno, who directs the U’s oncology service line.

“The therapy window—the difference between what’s too much and too little—can be pretty narrow,” he said. “You want to know (the drugs are) being given right.”

Ingestible sensors are affixed to the pills, then send signals to receiver patches that patients wear on their bellies. The receivers send the drug-consumption information to patients’ mobile phones and to doctors’ medical records. The university has combined sensors with capecitabine chemo pills since September in a test project with pharmacists from Fairview Health and the manufacturer, California-based Proteus Digital Health.

Medication non-adherence is a problem in the United States: An estimated 50 percent of patients with chronic diseases don’t take medications as prescribed. The IMS Institute for Healthcare Informatics in 2013 estimated that improper and unnecessary medication use caused an additional $200 billion in annual U.S. health care costs.

Proteus’ chief executive, Andrew Thompson, said the sensors are an affordable solution, though the company didn’t disclose specific cost figures. The company first tried its federally approved sensors in combination with pills for schizophrenia, because of high rates of non-adherence in that patient population.

Then it added sensors to drugs for heart problems and infectious diseases, because researchers could quickly assess whether they improved short-term outcomes for patients with those conditions. Around 177,000 Proteus digital sensors have been swallowed with medication to date.

The system works because so many people rely on mobile phones, and will respond to alerts or “behavioral nudges” from them to take their pills, Thompson said.

“Nudges that are small and incremental and frequent are much more powerful than visiting the doctor once a month and being given an eight-minute lecture,” he said.

Such technology wasn’t necessary in cancer care until recently, because chemotherapy was mostly given intravenously in clinics. But it could be vital now that more patients are taking pill forms of chemotherapy at home, Greeno said.

Some patients are intimidated by the life-or-death responsibility of managing their own chemotherapy, and wouldn’t consider it without support, he said. “They’re afraid of treating themselves. This is sort of a way of giving patients some back up.”

Greeno cited a cancer patient who stopped taking her pills last fall. After seeing the sensor data, Greeno learned that arthritis had made it too hard for the patient to open her pill bottle.

“A pretty easy problem to solve if you know about it,” he said. “Impossible (to solve) if you don’t.”

In addition to receiving information from the digital pills, the patches can monitor patients’ heart rates, exercise patterns and sleep levels. Greeno said he was surprised at how much that data helped him learn how his cancer patients were coping.

Even with cancer, “patients are not as compliant as you might think,” he said.

Brenda Jans Darling, 45, of Montevideo, Minn., was one of the first cancer patients to take digital medicine, and said the general fitness data from the patch was valuable. She had been taking oral chemotherapy for months for colon cancer and had developed a routine, so the sensor data only verified she was taking her pills on time.

But the math teacher and mother of two thought she was getting enough rest but not enough exercise. The sensor data showed that she had it backward: Moving around with her students gave her more than enough daily activity, but she wasn’t sleeping enough.

The data convinced her to stop grading papers by 8 p.m. each night to assure adequate time with her kids and sufficient rest. “That’s been really helpful,” she said.

Patients with colon cancer received the digital medicine during the university’s initial test phase this fall. How quickly the technology expands will depend in part on whether health insurers will pay for it as a benefit.

Two large Minnesota insurance companies are hedging on digital medicine for now. HealthPartners said in a statement that it’s not covering the sensors until research proves that they improve patient outcomes. Blue Cross and Blue Shield of Minnesota said the technology is a “non-preferred option” in its formulary and that it recommends long-acting medications and patient counseling instead.

Some insurers are adding it conservatively—first trying it in “capitated” health plans that make doctors and clinics responsible for cost overruns, said Olivia Ware, a senior vice president for Proteus. When they see that it works, they add it to more plans, she said.

The cost of developing the sensor system alone was relatively low, Thompson said, which helps to keep its price down. Hospital and clinic systems do incur additional staff costs, though, because their pharmacists must manually combine the sensor pills and medications in capsules.

The sensor is the size of a grain of salt and contains the same copper, magnesium and other minerals found in everyday foods, the company said.

Proteus is pursuing federal approval of medications that are already combined with sensors before they reach pharmacies, but has to do so one drug at a time. The first such combination drug approved by the U.S. Food and Drug Administration was Ability MyCite, an antipsychotic drug.

The university and Fairview are expanding their use of digital medicine for cancer care—combining the sensors with anti-nausea and anti-diarrhea pills that patients receive to manage chemo side effects.

Sensor readings from those pills could be valuable, because if patients are taking them frequently, it might mean that their chemotherapy is too harsh and needs adjusting, Greeno said. That could produce savings by reducing prescriptions to patients of drugs that aren’t working for them.

Greeno has no ownership stake in Proteus, but will be reimbursed for travel to speak about the company. He said the sensors have particular value in Minnesota, because they detect medication problems that stoic patients otherwise might not discuss.