Back to work! Hilary Duff returned to the Younger set on Monday, February, 25, and she brought her 4-month-old daughter, Banks, with her.

The actress, 31, who gave birth to her baby girl with Matthew Koma in October 2018, posted a mother-daughter pic from their time on set on her Instagram Story the next day. “Visiting mommy at work,” the “So Yesterday” singer wrote. “I look way to [sic] excited. I think I scared her.” In the photo, Duff smiled wide and held her daughter in her arms.

She shared a video of Banks on set as well. The newborn wore a pink zebra dress and fed from a bottle. “Is this your first time on set?” the Lizzie McGuire alum asked from behind the camera. “Hi. Say, ‘Don’t bother me while I eat, Mom.’” 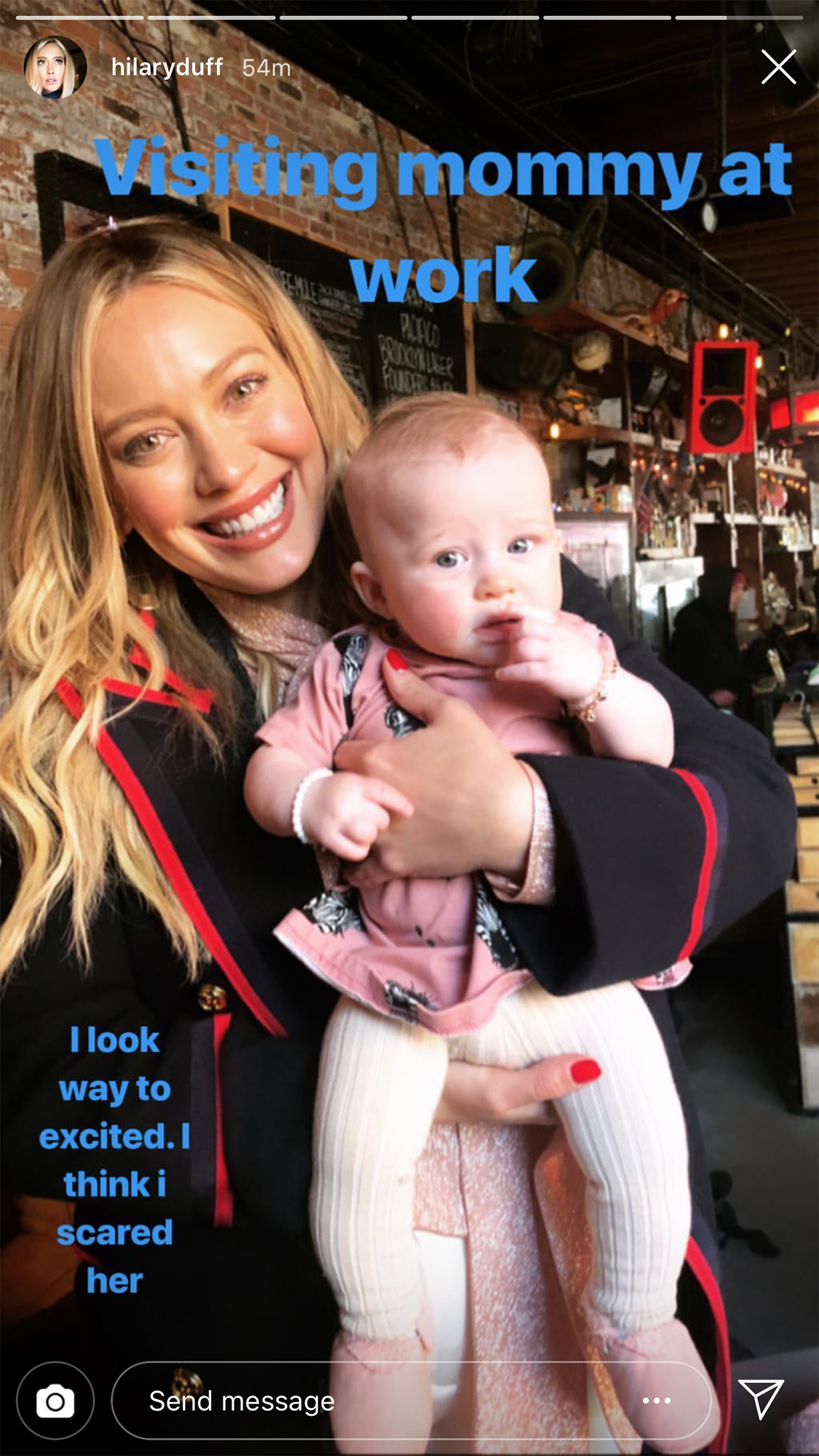 Earlier this month, someone else had a chance to feed on the Younger star’s breast milk — her costar Nico Tortorella. The actor, 30, shared a video on February 15 of himself drinking a cup of it.

“I’m for real doing this right now,” he said and took a gulp. “Oh, my God! It’s delicious.” After finishing up his cup, he asked Duff if he could “have some more,” to which she responded, “You’re a sicko, dude.”

The actress and Koma, who have been dating on and off since January 2017, announced their daughter’s arrival with an Instagram photo. “Banks Violet Blair,” Duff captioned a family pic at the time. “This little bit has fully stolen our hearts! She joined our world at home on Thursday afternoon and is absolute magic.”

In his own post, the musician added, “We welcome a beautiful daughter, little sister and best friend for life. Could not possibly be more grateful for our growing family and for the [woman] who makes it all possible. Cloud ten.”