Sangam poets talk of Yavana ships sailing on the River Periyar, bringing in gold and wine, and sailing away with black pepper. They make mention of merchants who speak many foreign tongues and Pandyan kings drinking sweetly scented Roman wine. 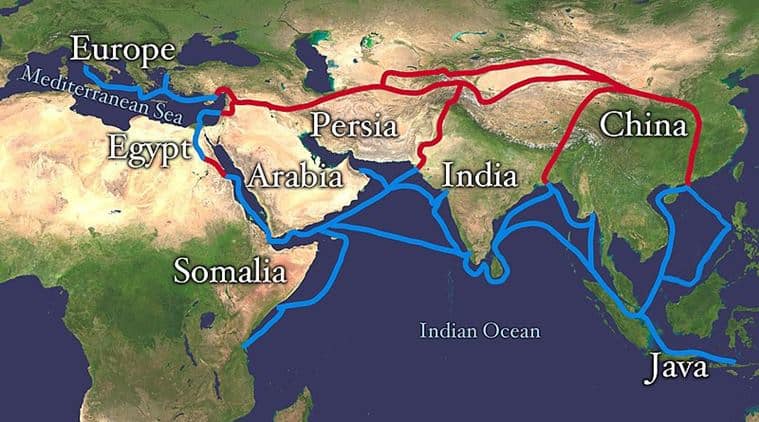 (This is part of the series Make History Fun Again, where the writers introduce historical facts, events and personalities in a fun way for parents to start a conversation with their kids.)

“With its streets, its houses, its covered fishing boats, where they sell fish, where they pile up rice – with the shifting and mingling crowd of a boisterous river-bank where the sacks of pepper are heaped up – with its gold deliveries, carried by the ocean-going ships and brought to the river bank by local boats, the city that bestows much wealth to its visitors, and the merchants of the mountains, and the merchants of the sea, the city where liquor abounds, yes, this Muziris, where the rumbling ocean roars, is given to me like a marvel, a treasure.” – Purananuru (ancient Sangam poem) on the historical port-city of Muziris in Kerala. 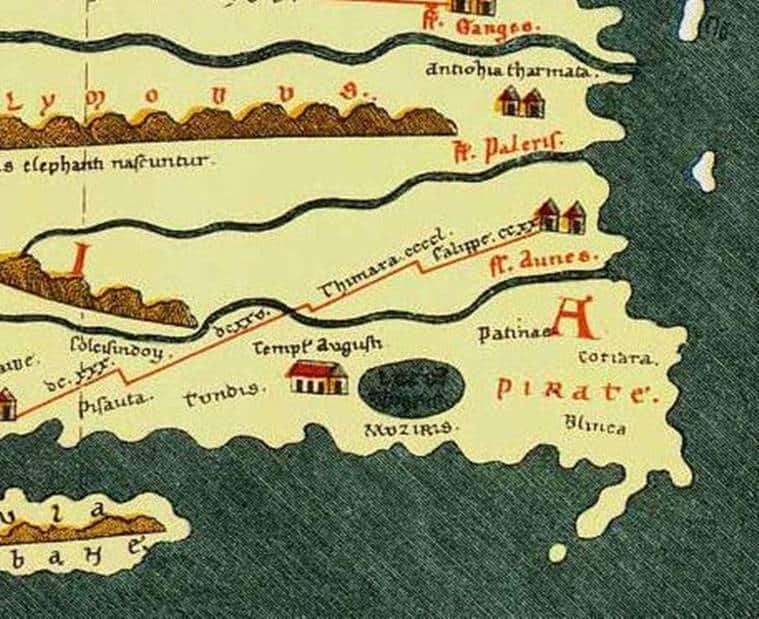 India has been trading with the Middle East and Europe right from ancient Harappan times. Indian spices and fabrics were much in demand; Indian black pepper had even been found stuffed up the nose of the 3000-year-old mummy of Ramses II, the famous Egyptian Pharaoh! Even bulky Indian wood was exported and the palace of Nebuchadenazzar (7th century BCE) and the Sumerian Ziggurat Temple of Ur in Mesopotamia (present-day Iraq) from the 6th century BCE used wood from South India.

Much of this trade was carried out by sea. Coastal south India functioned as a hub between the Roman Empire in the west and the south-east Asian countries in the East.

Many important trading centres developed, the most famous of which was Muziris. It has been referred to in the ancient Tamil text, the Purananuru as a bustling port city under the Chera rulers. The Peutinger map, an ancient illustrated road map showing the road network of the Roman Empire dating from the 3rd century CE, records a city called Muziris in South India, where the Romans had built a temple of Augustus and even maintained two army cohorts to protect their trade. Not just the Romans, but also the Greek, Phoenician and Egyptian traders (all called “Yavanas” by the ancient Indians) actually maintained physical settlements in various ports in southern India.

Before the 1st century BC, ships would travel between Egypt and Asia hugging the coast, stopping at Arabia and Iran on the way. Then a Greek sailor discovered that by using the summer monsoon to blow the sailing ships across the open sea, they could do the journey in 40 days instead of the months it used to take. They could return using the winter monsoon winds. Trade exploded, especially after Augustus conquered Egypt, defeating Cleopatra; hundreds of ships now started coming to India every year from Roman Egypt.

What did the Indians sell and what did they buy? Sangam poets talk of Yavana ships sailing on the River Periyar, bringing in gold and wine, and sailing away with black pepper. They make mention of merchants who speak many foreign tongues and Pandyan kings drinking sweetly scented Roman wine.

The Romans were crazy about black pepper, and the rich would put it in every dish, including ice-cream! They also loved the exquisitely fine Indian muslins, which was even more expensive than Chinese silk. India was particularly the source for much of their exotica, especially ivory, apes and peacocks, as mentioned in the bible. Roman gold coins were what the jewellery loving Indians really wanted, to string in coin necklaces, as no local kings issued gold coins. Much of the gold the Romans gathered from their conquests found its way to India, much to the despair of Roman senators like Pliny. Hoards of gold and silver Roman coins are still being found all over South India! Roman wine was such a popular export item to India that Latin authors often made fun of the Indians for it. Roman amphorae have been found in Indian warehouses, with traces of ancient Roman wine. We also loved art; Roman pottery and statues of gods like Poseidon have been found in India. The exact location of Muziris is still not known to historians and archaeologists, but it is generally thought to be at Pattanam, an archaeological site north of Cochin in Kerala, on the banks of River Periyar. Though Roman trade declined from the 5th century AD, this famous city had caught the attention of other nationalities by then, such as the Chinese, and trade continued from its ports until the 14th century CE when it is supposed to have been destroyed by a cataclysm, probably a cyclone accompanied by floods in the Periyar.

(For more fun journeys through India’s history, check out the two-volume set, The History of India for Children Vol. 1 and Vol. 2, published by Hachette India. Follow on twitter @shrutigarodia_)

Grow a small window garden with your child