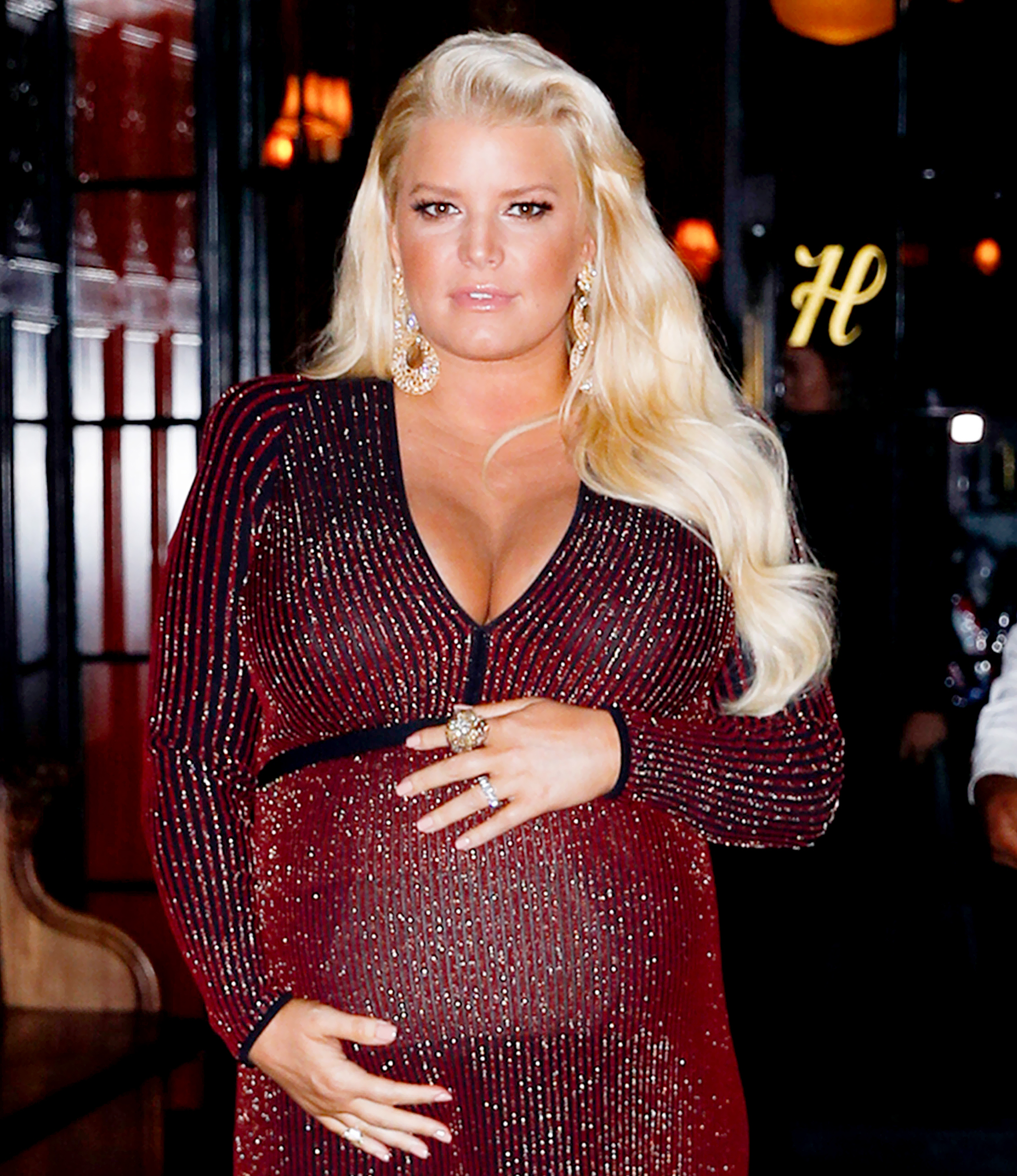 The third trimester looks good on Jessica Simpson! The former pop star shared an Instagram photo of herself dressed in a bikini with her hand on her large baby bump on Monday, March 18, as she and husband Eric Johnson await the arrival of their third child.

Simpson, 38, who already is raising 6-year-old daughter Maxwell and 5-year-old Ace with the NFL alum, announced the pregnancy in September. “This little baby girl will make us a family of five,” the fashion designer wrote on Instagram, captioning a pic of her kids posing beneath pink balloons. “We couldn’t be happier to announce this precious blessing of life.”

She later revealed the baby girl’s name, Birdie, at a beautiful shower in January.

This third pregnancy has been particularly difficult for Simpson, who has kept fans abreast of her bouts with bronchitis (which required hospitalization), sciatica pain, swollen feet and even broken toilet seats in recent months. “The only thing that gets me through … is knowing I will get another one of these cuties,” she told Instagram followers as she shared a pic of Maxwell and Ace.

In an exclusive interview with Us Weekly last month, Ashlee Simpson praised her big sister’s perseverance. “I’m so proud of her for being open,” the reality star said at the time. “It’s not always easy, so I think being open about that is great.”

Ashlee continued: “She’s tough. We’re talking about Jessica. … I mean, every time I’m around her, I don’t see any stress.”

A couple of weeks later, Ashlee told Us that Jessica was “doing great,” adding: “Almost there. That ending, you’re like, ‘OK, I’m ready.’”

Jessica got engaged to Johnson, 38, in November 2010 following a six-month romance. After welcoming their two children, the couple tied the knot in July 2014. The Dukes of Hazzard actress was married to first husband and Newlyweds costar Nick Lachey between 2002 and 2006.