In advance of Friday night’s video interview with Oprah on Apple+, Elliot Page talked to Vanity Fair about why he’s having such a public conversation about being trans during this tumultuous time for LGBTQ+ people. The answer is simple, and also not: Hundreds of anti-trans bills, most aimed at trans youth, are being proposed in more than 30 states. Page said it is exactly because of this need to protect trans kids that he had to speak up even louder. 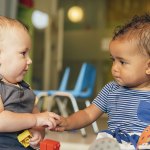 Is President Biden's Amazing Families Plan Too Much for Us to Hope For?

“The rhetoric coming from anti-trans activists and anti-LGBTQ activists — it’s devastating,” Page said in the interview with Vanity Fair. “These bills are going to be responsible for the death of children. It is that simple. So [talking to Oprah] felt like an opportunity to use a wide-reaching platform to speak from my heart about some of my experience and the resources I’ve been able to access—whether therapy or surgery—that have allowed me to be alive, to live my life.”

“I don’t want it to sound like, ‘Look at me.’ It’s not that at all. Actually, I was really nervous,” Page added. “But I thought about it for a bit, and it just felt like, Okay, the GOP basically wants to destroy the lives of trans kids and stop the Equality Act. How do you not use this platform?”

Page disclosed that he was a transgender man in a social media post last December. In the Oprah interview, Page explains how he felt sharing his journey publicly.

“My feelings aren’t really linear,” Page told Oprah. “I feel emerging joy and excitement one moment, and then in the next, profound sadness reading about people wanting to take gender-affirming health care away from children. I feel so grateful to be at this place in my life, and I want to use the strength I have to help in all the ways that I can. The reason you and I have the privileges we have is because people have sacrificed so much for so, so, so long and put everything on the line.”

“Educate yourself about bills in your state,” Page told Vanity Fair. “Look at the ACLU website; look at National Center for Transgender Equality and Transathlete. There’s so much misinformation and lies, so please don’t rely on news articles that frame this as a ‘trans debate’ or don’t even include perspectives of trans people.

Page told Vanity Fair that when he was a little kid he knew “absolutely, 100 percent, I was a boy. I knew I was a boy when I was a toddler. … I just couldn’t understand when I’d be told, ‘No, you’re not. No, you can’t be that when you’re older.’”

When asked what he would say to himself as a child, or to a trans kid today, Page had this response:

Every seventh Baby at birth to easily