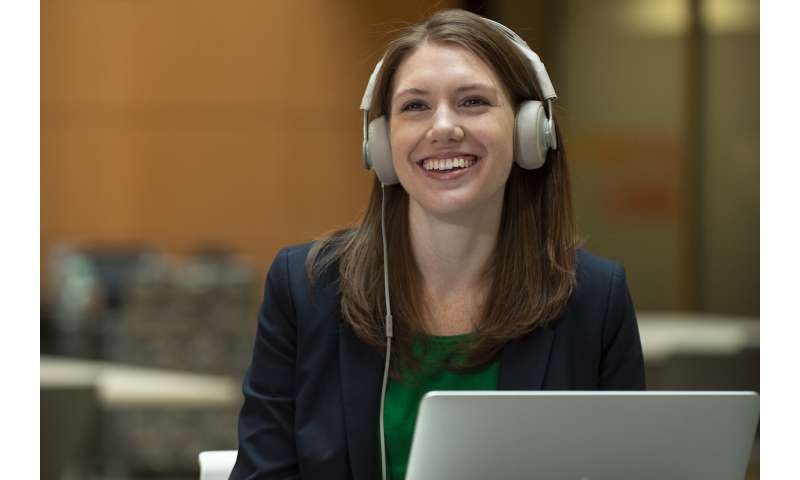 Music makes us happy. Listening to music produces dopamine—nature’s happy pill—in the brain. And music also makes us sad. Listening to Harry Chapin’s “Cat’s in the Cradle,” Johnny Cash’s version of “Hurt” or just about anything by Hank Williams produces tears. In fact, music can evoke every emotion known to man.

But can music also make us productive?

Yes, if it’s the right music, according to Kathleen R. Keeler, a doctoral student, and Jose M. Cortina, Ph.D., a professor in the Virginia Commonwealth University School of Business, who have researched the link between musical characteristics and job performance.

Their review, “Working to the Beat,” looks at immediate physiological and emotional responses elicited by music and how they affect performance. They found that other facets such as volume, lyrics, familiarity and musical preference also can potentially influence work outcomes.

“While technology has made listening to music in the workplace easier, music surprisingly has deep roots within industry and labor,” said Keeler, who will graduate from the School of Business this week.

Muzak conducted its own extensive research on music and behavioral responses, Keeler said, developing a “stimulus progression” program in which music was used to increase productivity without being distracting to employees. Workplaces ordered from a selection of recordings, each of which was designed with a specific order and type of music to counteract the fatigue cycles in humans; for example, the fastest and most uplifting songs were played at 10:30 a.m. and again at 3:30 p.m. during the workday.

“The lesson is really that no music will hurt performance, and anything that keeps you awake will help,” Cortina said. “I recommend Boston’s ‘More than a Feeling’ [for simple tasks] seeing as how it is the best song ever written. Alternatively, the entire ‘Hamilton’ soundtrack should do the trick.”

Keeler and Cortina also explored the relationship between type of music and type of work. Low-complexity songs such as James Taylor’s “Carolina in My Mind” or The Beatles’ “Let It Be” could help a person better perform complex and creative tasks such as planning, reasoning and problem solving because the song style facilitates cognitive flexibility and working memory. Fast tempo, high variation songs that help facilitate executive attention and inhibitory control, such as Bonnie Tyler’s “Holding Out For A Hero” or The Rolling Stones’ “Paint It Black” would be helpful with tasks that are simple and routine and emphasize quantity and speed.

“Both simple and routine tasks require a narrower range of task cues because, although the task may be simple and well learned, concentration on these tasks may be difficult due to the often boring and repetitive nature of the work,” Keeler said.

Task quality is likely to be higher when listening to songs that are moderate in tempo and dynamic variation, such as The Zombies’ “She’s Not There” or Rachmaninoff’s “Morceaux de Fantasie.” Songs such as “Ain’t No Mountain High Enough” or the “Theme from Raiders of the Lost Ark” are likely to facilitate task quantity or speed, because these songs are fast in tempo, have high dynamic variation, and are low in complexity.

Where will the world’s next Zika, West Nile or dengue virus come from?