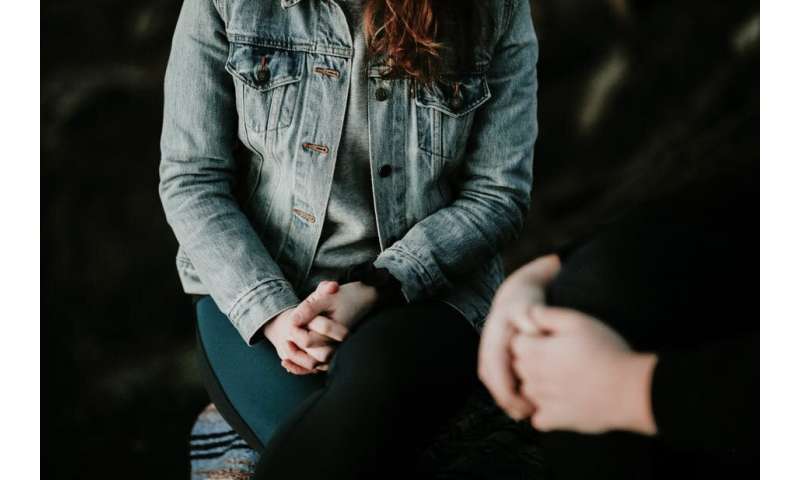 In any year, one in five Australians will experience symptoms of a mental illness.

While drug treatments are widely used and can be effective, they sometimes come with troubling side-effects such as weight gain, headaches, and fatigue.

Talking therapies can be just as effective for a number of mental health conditions including anxiety and depression, or can be a good add-on therapy for those who are finding success with medications.

And they have the added benefit of tackling any underlying reasons why the problem arose in the first place.

So, what are the options for treatment and how do they work?

One of the most important aspects of psychological treatment is having an engaging relationship with your psychologist.

If you don’t “click” within the first few sessions, treatment is unlikely to be effective.

This doesn’t mean there’s anything wrong with you or your psychologist. It’s just that this particular relationship isn’t going to be useful—and you should seek out someone you can connect with.

It’s also important to find the method of therapy that suits you best.

Some people, for example, like to get clear instructions and advice, while others prefer to take time to discover their own solutions. Each of these people will connect with different types of therapy and different psychologists.

So what are the key types of therapy psychologists offer and who are they best suited to?

Cognitive behavior therapy (CBT) is one of the most widely used and well-known talking therapies.

The treatment then uses activities to target both the things people think (their cognitions) and the things they do (their behaviors).

To change a person’s feelings, a psychologist providing CBT will help that person engage in different activities that can help to change thinking and behavior patterns.

A CBT psychologist might encourage a person to keep a diary, for example, of the kinds of things they think through the day. Thought diaries often follow an ABC format:

Sometimes D and E are added:

Acceptance and commitment therapy (ACT) is another popular treatment that can be effective across a wide range of situations and problems.

ACT specifically targets the person’s tendency to avoid things and helps them develop greater psychological flexibility so they can pursue areas of value and live meaningful lives.

While CBT tries to change thinking and behavior, ACT introduces the intriguing idea of people not changing their thoughts and behaviors but, rather, achieving a state of mind where they’re able to notice the problematic thoughts, images, feelings, or behaviors but not be overwhelmed or consumed by them. That’s the “acceptance” part.

ACT also encourages people to identify values that are important to them and figure out ways their day-to-day life can reflect these values. That’s the commitment part.

behavioral activation was initially developed for the treatment of depression but has since been used more widely. It involves identifying and scheduling activities that promote enjoyment or reduce stress.

behavioral activation helps people identify things in their environment that are contributing to the problem, and the things that could really help, along with the behaviors that are associated with each of those things.

The focus of behavioral activation is on helping people develop specific goals and achievable plans that activate rewarding behaviors.

Method of levels is a newer and less well-known treatment but is gaining increasing interest. It focuses on the control that a person has in their life, how it was interrupted, and how it can be restored.

Method of levels has similarities with each of the other therapies but uses the conversation that develops in therapy, based on the indivdual’s perspective of their problems, as the main “technique.”

This type of therapy responds to how a person is functioning “right now” in the session as they’re talking to the psychologist.

The topic of any session is determined by the person with the problem. The psychologist focuses on the distress associated with any particular pattern of symptoms rather than the symptoms themselves.

If a person reported, for example, being highly anxious in social situations and constantly worrying about what other people were thinking of them, the psychologist would be interested in exploring what bothered the person about feeling that way, what it was interfering with, and what it was stopping them from doing.

Through these conversations, the psychologist helps people generate their own solutions to their problems rather than providing advice and guidance from their perspective.

Method of levels recognizes the variability in how long it takes for people to resolve psychological and social problems and that psychological change often follows a nonlinear, unpredictable course, so it uses a patient-led approach to appointment scheduling rather than neat schedules.

What if it’s not working?

There are many more treatments available than those listed above, and many psychologists will be skilled in more than one treatment or may even combine different treatment types.

If you can find someone you relate to, who is interested in monitoring your progress on a regular basis, and who can work flexibly and responsively with you about the things you’re troubled by, it’s likely you’ll find the relief you are looking for.

But there are no guarantees. A treatment is simply a resource which people can use to help make sense of things that previously seemed senseless and to restore contentment, satisfaction, and feeling that you’re living a valued life. It’s the people who make treatments work.