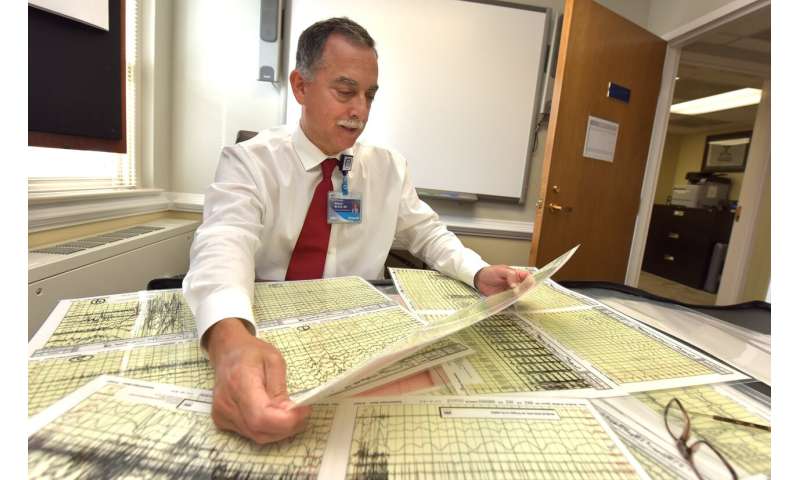 Insomnia is a driver of suicide, and particularly people with severe insomnia may safely benefit from taking a sedative to help address their sleep problems as it reduces their suicidal thoughts, investigators report.

“If you have a patient who complains that their sleep has taken a turn for the worse then there is reason to open the door to a question about suicide,” says Dr. Vaughn McCall, chair of the Department of Psychiatry and Health Behavior at the Medical College of Georgia at Augusta University.

“If your patient says their sleep problem is really bad and they have had thoughts of killing themselves, maybe they should have a targeted treatment for their insomnia,” says McCall, corresponding author of the study in The American Journal of Psychiatry.

More than 30 studies have linked insomnia to suicidal thoughts or actions, however suicide risk and prevention are largely overlooked in the treatment of insomnia, says McCall, an expert in the trifecta of insomnia, depression and suicide.

He is hoping the REST-IT—Reducing Suicidal Ideation Through Insomnia Treatment—study, the first clinical trial looking at whether targeted insomnia treatment reduces suicide risk, will help change that.

“While the results do not argue for the routine prescription of hypnotics for mitigating suicidal ideation in all depressed outpatients with insomnia, they suggest that copresciption of a hypnotic during initiation of an antidepressant may be beneficial in suicidal outpatients, especially in patients with severe insomnia,” the investigators write.

The study at MCG, Duke University and the University of Wisconsin included 103 participants ages 18 to 65 with major depressive disorder, insomnia and suicidal thoughts. Thirty percent had a prior suicide attempt, however individuals with an active and imminent plan to commit suicide were excluded out of concern for their safety since it was an outpatient study, McCall notes.

All participants took an antidepressant for the eight-week duration of the trial and half also took the sedative-hypnotic zolpidem at bedtime.

Participants completed regular self-reports of the severity of their insomnia and completed a daily sleep diary during their treatment that included details like how many times they woke up during the night and how long they actually slept.

Investigators also measured distorted thoughts about sleep, like participants thinking they would never again have a good night’s sleep, something McCall has previously shown is itself a risk factor for suicide. The frequency and intensity of disturbing dreams or nightmares, also a factor in insomnia-associated suicide, also were measured. Patients wore a wrist device to keep up with rest/activity cycles. Depression severity was measured by psychiatry staff at each study visit and participants also completed the Beck Hopelessness Scale, which measures pessimism and negative expectations and is considered a predictor of suicidal behavior in adults and adolescents.

Those taking the sleep aid showed both significant immediate and longer-term improvement in their reported insomnia severity. While both groups reported significant improvement in their feelings about hopelessness, quality of life, nightmares and dysfunctional beliefs about sleep, as well as related insomnia and suicidality, the group taking the sleep aid had a greater reduction in suicidal thinking, the investigators report. The sleep aid was most effective in reducing suicidal thoughts in patients with the most severe insomnia.

There were no deaths or suicide attempts by participants during the course of the study.

Hypnotics, like the drug they used for the study, are a common means to commit suicide, and there are also concerns about becoming dependent on them. To address these concerns, participants only received a week’s supply of the sleep aid until their suicidal thoughts began to abate, and the sleep aid was stopped after eight weeks. Afterward their condition remained the same or continued to improve, McCall says. Eight weeks is the timeframe McCall uses in prescribing the drug in his practice.

Two weeks after the study concluded both study groups—including those not taking the sleep aid—appeared to have maintained progress with reduced depression scores and suicidal thoughts. A possible reason all participants benefitted could be the extra attention they received over the course of the study, McCall notes.

Now he wants to understand more about why insomnia is a risk for suicide and how treating it reduces that risk.

While death rates from medical illnesses like cancer have decreased over the recent decade, deaths by suicide increased 31 percent from 2001-17, and suicide is now among the leading causes of death in the United States, according to the National Institute of Mental Health.

In 2017, 9.8 million adults had serious thoughts about committing suicide, 2.8 million made plans to commit suicide and 1.3 million adults attempted suicide, according to the Substance Abuse and Mental Health Services Administration.

Major depression is one of the most common mental disorders in the United States, according to the National Institute of Mental Health. About 30 percent of adults have symptoms of insomnia and about 10 percent have severe enough problems to have daytime consequences, like lack of concentration and lack of motivation or energy, according to the American Academy of Sleep Medicine.

Cigarette smoke in pregnancy may impair healing of newborns’ hearts