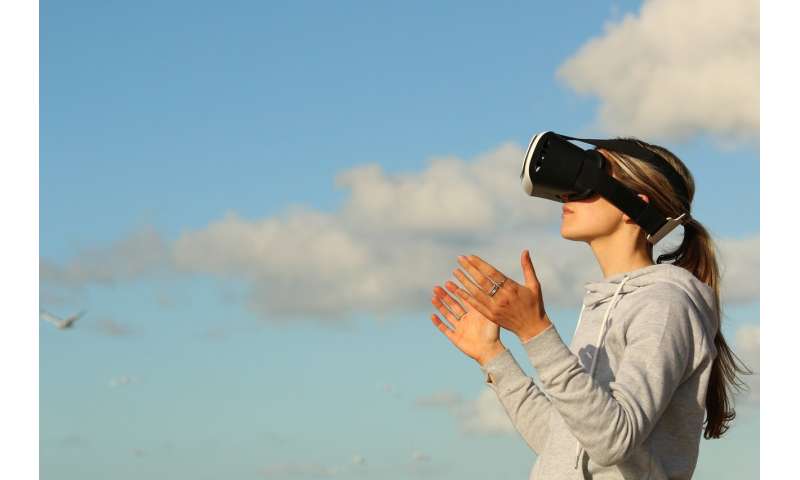 A virtual reality therapy game (iVRT) which could provide relief for patients suffering from chronic pain and mobility issues has been developed by a team of UK researchers.

Using a head mounted display and controllers, the team created an immersive and interactive game which mimics the processes used in traditional ‘mirror therapy’ treatment. Within the game, players are consciously and subconsciously encouraged to stretch, move and position the limbs that are affected by their conditions.

Mirror therapy is a medical exercise intervention where a mirror is used to create areflective illusion that encourages patient’s brain to move their limb more freely. This intervention is often used by occupational therapists and physiotherapists to treat CRPS patients who have experienced a stroke. This treatment has proven to be successful exercises are often deemed routine and mundane by patients, which contributes to decline in the completion of therapy.

Work around the CRPS project, which could have major implications for other patient rehabilitation programmes worldwide when fully realised, was presented at the 12th European Conference on Game Based Learning (ECGBL) in France late last year.

Dr. Wilson, who leads Birmingham City University’s contribution to a European research study into how virtual reality games can encourage more physical activity, and how movement science in virtual worlds can be used for both rehabilitation and treatment adherence, explained, “The first part of the CRPS project was to examine the feasibility of being able to create a game which reflects the rehabilitation exercises that the clinical teams use on the ground to reduce pain and improve mobility in specific patients.”

“By making the game enjoyable and playable we hope family members will play too and in doing so encourage the patient to continue with their rehabilitation. Our early research has shown that in healthy volunteers both regular and casual gamers enjoyed the game which is promising in terms of our theory surrounding how we may support treatment adherence by exploiting involvement of family and friends in the therapy processes.”

The CRPS project was realised through collaborative working between City Hospital, Birmingham, and staff at the School of Computing and Digital Technology, and was developed following research around the provision of a 3-D virtual reality ophthalmoscopy trainer.

Why holding a grudge is bad for your health