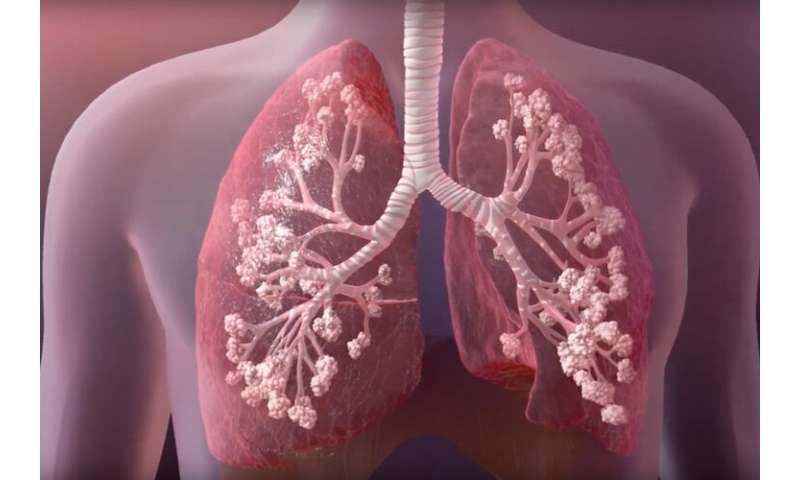 Researchers exploring the effects of a long-standing treatment for cystic fibrosis have discovered a potential new target for drugs to treat the disease, which has no cure and typically cuts decades off the lives of patients.

The research, a collaboration between the University of Saskatchewan in Canada and UC Berkeley, is based on a unique method developed by the Canadian researchers to measure fluid secretion in the lungs. Cystic fibrosis, a genetic disease, is characterized by thick, viscous mucus that clogs the airways and causes bacteria to accumulate, leading to frequent infections that damage the airways. It is caused by a defective ion channel in cells throughout the body, which prevents cells lining the airways from secreting enough fluid to thin the mucus.

“For over 20 years, doctors have treated CF patients by having them inhale the mist of a concentrated salt solution to increase the amount of fluid lining the airway surface,” said Terry Machen, a Berkeley professor emeritus of molecular and cell biology. “This facilitates removal of the thick mucus and bacteria.”

It has been thought, too, that the hypertonic saline solution worked by passively pulling fluid from the tissue spaces into the lung airways via osmosis.

The new experimental technique showed this to be true in pigs with CF, but also that the salt solution increased active fluid secretion by the epithelial cells lining the airways. This is likely mediated by ion channels other than the defective one, which is called the cystic fibrosis transmembrane conductance regulator, or CFTR.

“The game changer we found is that only about half of the airway surface liquid production is caused by the osmotic process. The other half of the liquid secretion is caused through the saline mist stimulating the airway neurons to act,” said Julian Tam, a respirologist in the University of Saskatchewan (USask) College of Medicine and director of the Saskatoon Adult Cystic Fibrosis Clinic, who co-led the research with Juan Ianowski, a physiologist at the USask College of Medicine.

“These results indicate that responses of CF patients to therapeutic drugs might be improved by identifying, characterizing and controlling both the non-CFTR ion channels and also the nerves that control these channels, which seem to mediate the active response to hypertonic saline in the lungs,” Machen said. “The results from this study are consistent with our long-held belief that CF pathology results solely from loss of CFTR channel function, and treatments that facilitate or reinstate this function will be beneficial clinically.”

What is Cerebrovascular Disease?