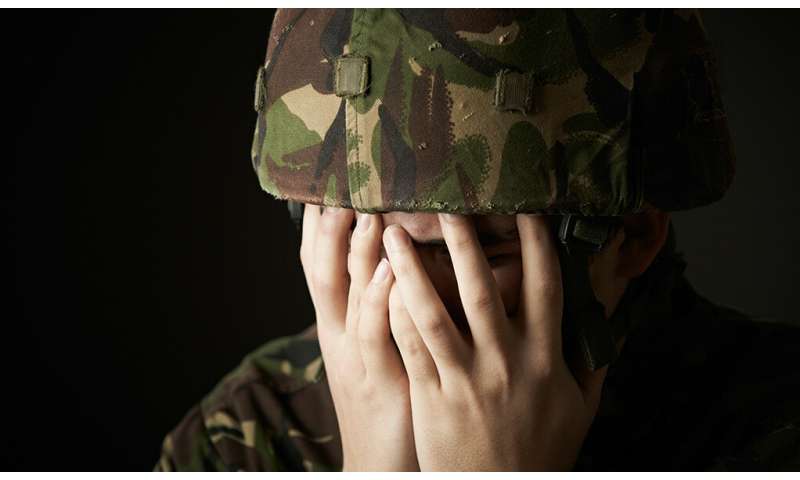 Using sophisticated computational tools, researchers at Yale University and the Icahn School of Medicine have discovered biomarkers that may explain why symptoms of post-traumatic stress disorder (PTSD) can be so severe for some people and not for others.

The findings are reported Jan. 21 in the journal Nature Neuroscience.

The study of combat veterans who have been exposed to intense events shows that those with severe symptoms of PTSD have distinct patterns of neurological and physiological responses affecting associative learning—the ability to distinguish between harmful and safe stimuli in the environment.

“We are shedding new light on how people learn fear and unlearn it,” said Ilan Harpaz-Rotem, associate professor of psychiatry at Yale and co-corresponding author of the paper.

Some people who experience trauma exhibit few or limited side effects after the event. The research team wanted to explore why others suffer greatly.

Veterans who had experienced intense events during combat deployment underwent fMRI and were tested for physiological responses while presented with pictures of two different faces. In classic fear-conditioning tests, the subjects were administered slight electric shocks after viewing one of the faces, but not the other. Later, the faces that accompanied the shock were switched in an attempt have subjects “unlearn” original fear conditioning and test their ability to learn that something new in the environment is dangerous.

Using computational modeling, researchers found that two areas of the brain—the amygdala and striatum—were less able to track changes in threat level in those with severe PTSD symptoms.

“There were pronounced differences in the ‘learning rates’ of those with severe symptoms and those without symptoms,” Harpaz-Rotem said.

Highly symptomatic individuals tended to overreact to a mismatch between their expectations and what they actually experienced, he said. A garbage can in a war zone might contain an explosive device, he explained, but those with severe PTSD symptoms have a more difficult time unlearning the fear in civilian life than those with less severe symptoms.