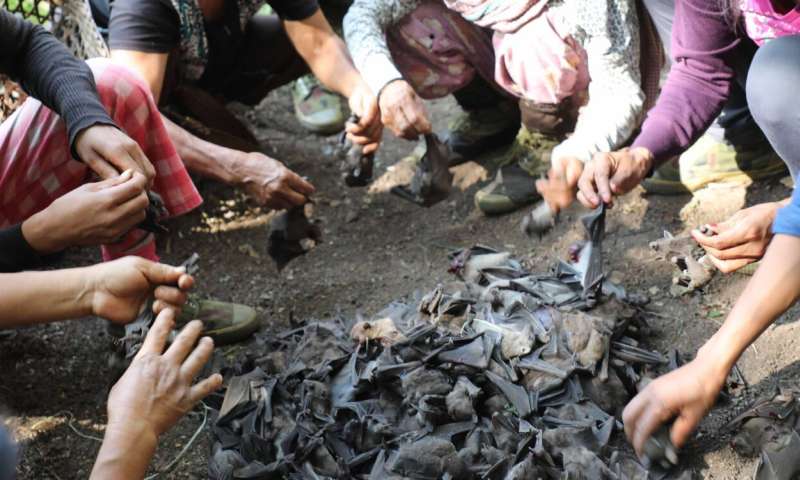 Researchers have proposed that bats are the natural reservoir of filoviruses, including highly fatal Ebola and Marbug viruses. Now, researchers report in PLOS Neglected Tropical Diseases that in Northeast India, bats, as well as humans who work in close proximity to bats, carry antibodies that recognize several filoviruses.

Filoviruses have been previously detected in bats, which have caused disease outbreaks in humans with a high case fatality rate in the African continent. Bats are hunted by humans across Africa and Asia, and at least 167 bat species are consumed. In the Northwest Indian state of Nagaland, local ethnic groups have conducted bat harvests for many generations as a source of food and traditional medicine.

In the new work, Ian Mendenhall, of Duke-National University of Singapore (Duke-NUS) Medical School, and colleagues from the National Centre for Biological Sciences, Bangalore, India and the Uniformed Services University, Bethesda, MD, USA, tested blood samples from hunted bat species and human hunters in Nagaland. In 2017, sera were collected from 85 individuals participating in an annual bat harvest, who also completed written surveys on their demographics and previous involvement in bat hunts. In addition, blood was collected from 16 Eonycteris spelaea and 30 Rousettus leschenaultiii bats and kidney, lung and spleen samples taken from 34 E. spelaea and 69 R. leschenaultiii bats. 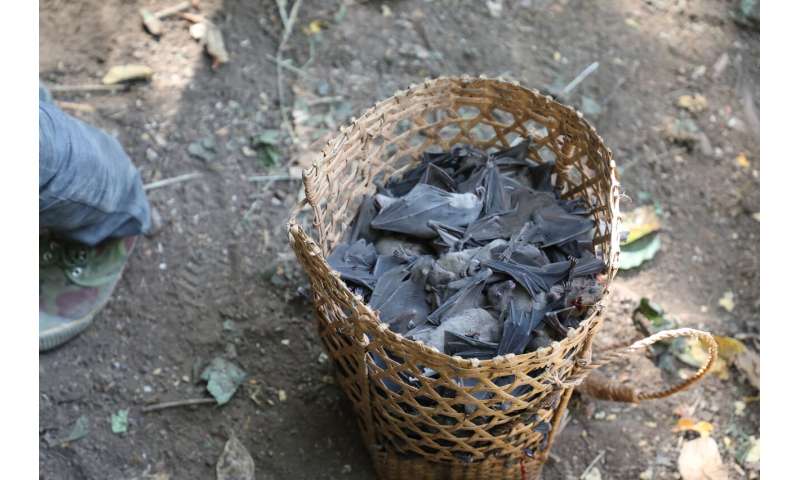 No filovirus genetic material was detected in the bat blood or tissues, however the researchers found filovirus antibodies in 5.9% of human samples, 6.2% of E. spelaea samples and 13.3% of R. leschenaultiii samples. The results suggested human exposure to two distinct filoviruses; one group of samples was positive for antibodies to Ebola virus, Bundibugyo virus and Sudan virus (all ebolaviruses) while another sample was reactive to Marburg virus. Bat species tested contained antibodies to ebolaviruses and recently discovered filovirus, Mengla virus. This is the first report of filovirus reactive antibodies in both humans and bats in this region with no historical record of Ebola virus disease.