It's a skill you probably learnt as a toddler, but most people still haven't mastered it: Washing your hands.

Multiple studies have shown people don't wash their hands as much as they should – and when they do, they often do it ineffectively. But many people don't see the problem, though with coronavirus spreading it is one worth fixing. 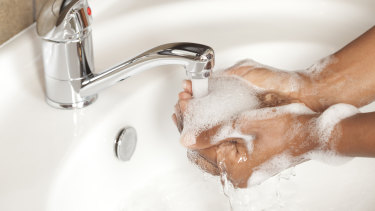 Here’s how to do it.

"People think that they do wash their hands properly … they have this concept of, 'yes, I've done it correctly,'" Mindy Brashears, the US Department of Agriculture's Deputy Under Secretary for Food Safety, said.

That misconception is concerning to many experts who worry that widespread bad hand-washing techniques could allow diseases like Covid-19 to spread more easily.

Here's what experts want you to know.

Why should I wash my hands?

Because when done correctly, hand-washing does a great job of preventing the spread of germs, helping keep you and others healthy.

That was underscored by a study published in December suggesting the worldwide spread of disease could be significantly lowered if more people travelling through 10 key airports would just wash their hands correctly.

The majority of travellers are constantly contaminating the things they touch with the germs they carry on their hands, study co-author Christos Nicolaides, a fellow at the MIT Sloan School of Management, explained in a release.

"If we go now to any airport in the world, on average we find that one out of five people will have clean hands," Nicolaides said.

Raising the number of travellers to three-in-five could slow the global spread of disease by almost 70 per cent, the study suggested.

In the face of a possible coronavirus pandemic spreading primarily through travel, good hand-washing habits should be taken more seriously, experts say.

"If people would just wash their hands, it would go a long way to preventing … the spread of illnesses," Brashears said.

Am I washing my hands correctly?

Brashears cited USDA studies about hand-washing during food prep involving raw meat – a time when most people know they should be washing their hands. Instead, nearly everyone did it wrong.

"I have been very stunned at the data," she said.

People were recorded while they prepped the food and researchers later reviewed the footage to see if people were effectively washing their hands.

That's one of the reasons Brashears has made hand-washing education a priority: "We don't want to wait for the next catastrophic event."

How should I wash my hands?

The Centres for Disease Control and Prevention recommends a four-step process:

1. Wet your hands with clean, running water. To save water, turn off the tap while applying soap.

2. For at least 20 seconds, scrub your hands. That's about the amount of time it takes to sing "Happy Birthday" twice.

What are some common hand-washing myths?

Some hand-washing mistakes might seem obviously wrong, but people do them all the time, according to Brashear. For example, you need both soap and water to effectively wash your hands. Not just water. And not just soap.

But some other misconceptions are less obvious.

The CDC says hot water doesn't kill any more germs and can irritate your hands, so the agency recommends cold or warm water.

And even careful hand-washers may miss this one: It's not just your palms and fingers that need to be washed – germs can hide under your nails in high concentrations, so be sure to scrub there too, the CDC says.

What about hand sanitiser – does it work?

While the CDC prefers soap and water because they are effective at reducing all germs, hand sanitisers are a good substitute if you don't have another option.

Sanitisers work best in clinical settings and are less effective against heavily soiled or greasy hands, the CDC says.

My day on a plate: Victor Liong

Majority of people with severe mental ill health would like to be more physically active, new research suggests