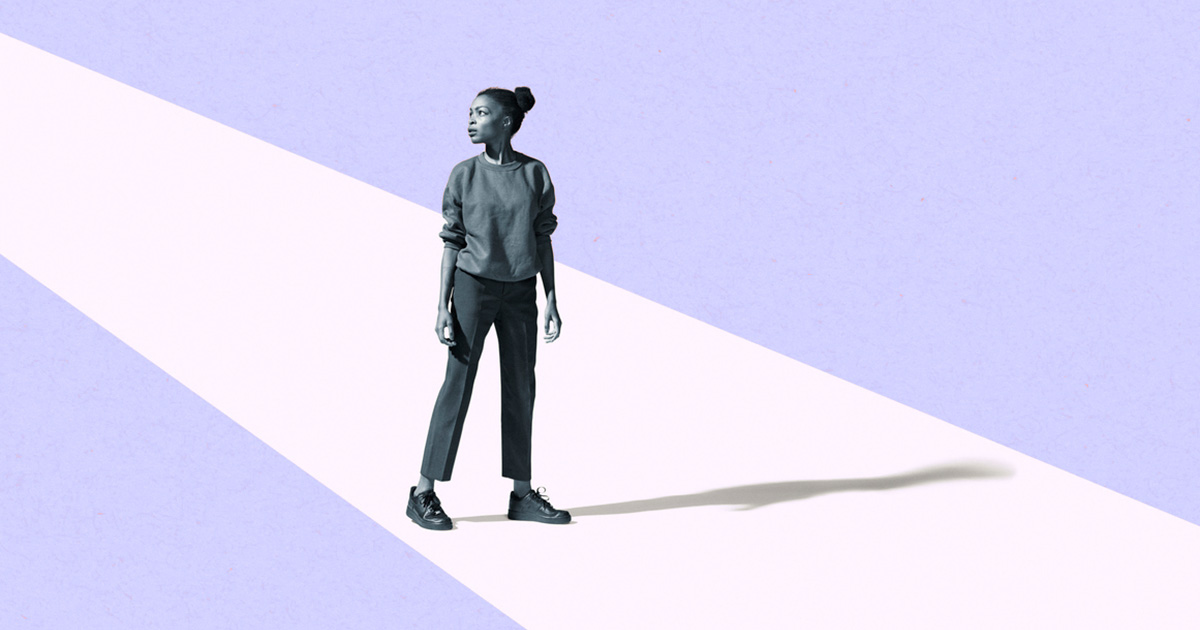 Only one in four young people that need mental health support actually can get help, according to research.

Youth charity stem4 have uncovered that more than a third say they’re currently going through something, but are struggling to find the courage to ask for help, which in itself is a challenging decision.

Dr Nihara Krause, founder of the charity, tells Metro.co.uk: ‘Being a young person who has a mental ill health condition is challenging for a number of reasons.

‘The second is that they have to consider what it actually means to them to be unwell, in terms of impact on academic commitments, family beliefs and responsibilities and so on.

‘Thirdly, and probably most significantly, young people worry about not being believed, by their friends, their families or professionals.’

Even for the 29% surveyed who’ve overcome the first hurdle, only 13% are receiving treatment.

Given the context of the last year and a half, commonly cited causes of upset include academic stress, loneliness, and feeling uncertain about the future – all of which were felt by close to half of those surveyed.

Talking about these issues has been tricky too, as only 4% of males surveyed said they’ve openly spoken about things that have caused them distress over the last year, followed by 15% of females, which is still a low figure.

Annabel Grace, 19, tells us she started having mental health problems at 14.

‘These intense feelings of self-loathing and hatred then manifested into an eating disorder, although at the time I wasn’t aware I had one,’ she says.

‘What began as a simple diet transformed into an extremely restrictive diet.

‘I only started noticing there was a problem when I began to lose my focus, I couldn’t keep up with my academic work and it was ultimately having an impact on my day-to-day life.’

It was then she visited the GP, but she was told she had a ‘healthy weight’ according to her BMI, leaving her feeling unheard.

A dietician a month later noticed the problem was more severe, ‘so she made an urgent referral’, Annabel says – finally she was given access to ‘the service I should have been referred to from the very start’.

‘I’m so glad now looking back that I saw my dietician because I only continued to get worse the longer I was left untreated.

‘My recovery was not linear though, there were so many ups and downs, relapses, hospital admission and times where I felt I didn’t want to be here anymore.

‘But I did come out the other side – I did reach the tunnel and I found the light.

‘After being discharged from adult eating disorder services I was then diagnosed with complex-PTSD, but again, I was able to get the help I needed. I began my therapy over the summer just before going off to study,’ Annabel adds.

Now, she says her mental health ‘is the best its ever been’ and she’s going to university this year, crediting professional help for getting her to this point.

But sometimes people can fall through the cracks in the system entirely, missing out on help.

Stem4 found that when figuring out who to approach for help, 35% of those aged 13 to 21 would turn to their GP and 20% would look to a teacher or lecturer they like – this came ahead of reaching out to school and university counsellors.

Ella Greenwood, 20, is a writer and filmmaker, a passion that helped her work through mental health issues.

She tells us: ‘I struggled with my mental health as a young teen and had no idea what I was going through.

‘I just started struggling out of nowhere which was very confusing and difficult to understand, for both myself and those around me.’

Recognising there’s a problem with an untrained eye can be difficult in itself.

After having one therapy session through the NHS, she was told her problems were due to ‘being a teenager’ then was offered no further support.

Though in a much better place now, she can’t credit any professional bodies for helping on her journey.

‘I’m just fortunate that I’m no longer struggling, it may be because I got more sleep, because I came to terms with what I was going through, because I exercised,’ she says.

‘Or it may be that the same way I randomly started struggling, I just randomly stopped. I do know however that I wasn’t given good enough support or treatment.’

While the NHS has helped thousands with their mental health, it’s no secret that the system is underfunded and staffed – waiting lists are notoriously long, and private therapy can often be costly, making it unviable for young people.

When approaching these outlets for support, it can be hard to know how to do it, especially if the person isn’t entirely sure of what they’re experiencing.

There are things that can help the process of getting help run a little smoother.

Tips for getting mental health help as a young person

Decide who you want to approach: Find out what services are available in your school or college, your GP practice or go on-line to trusted websites such as the NHS or stem4.

Moral support: You can go on your own, or if helpful, take a friend or family member with you.

Be clear: Make sure you tell the person what’s wrong, or read out what you have written. Keep in mind that however embarrassing it might be for you, a health professional would have heard it before.

Be persistent: Most of the time, the person you are talking to will then be able to diagnose you and make a suitable referral or recommendations. If, for whatever reason you feel you haven’t been heard, don’t give up, try and try again. There will be the right help for you, sometimes it takes a little persistence to find it.

You can read more of the charity’s tips here.

Thinking about the future after the pandemic, 41% of those surveyed by stem4 said they’re feeling optimistic and hopeful.

But 27% are anxious, fearful or worried about that future.

It’s clear that young people are experiencing barriers to getting the help they need.

To chat about mental health in an open, non-judgmental space, join our Mentally Yours Facebook group.

The generational divide in how we sleep, and how it affects our health

Kanye West, Chrissy Teigen, and 24 other celebrities who have tattoos inspired by their children

“It was total escapism”: 3 women on how the pandemic changed how much they drink