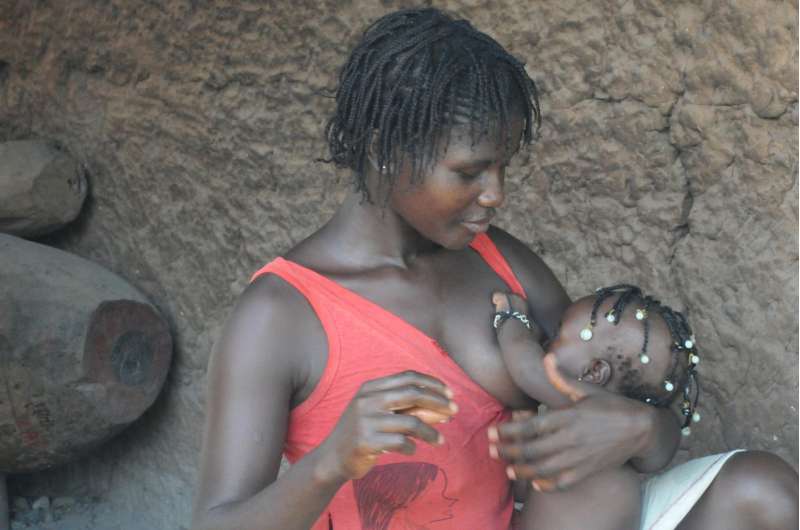 This year marks the 40th anniversary of the International Code for the Marketing of Breastmilk Substitutes. This was a landmark policy framework designed to stop commercial interests from discouraging breastfeeding and hence endangering the health and nutrition of the world’s infants and young children.

It was driven by research that showed human milk can meet all the nutritional needs of an infant during the first six months of life.

In line with the code South Africa published regulations on infant formula in 2012. These stipulated a set of requirements in relation to product formulation, packaging and labeling, including clear and visible instructions for formula feeds. The regulations also prohibited direct marketing to the mothers, including rebates, marked down prices and free gifts and gadgets to incentivise sales.

Formula is still widely accepted in South Africa. But feeding babies formula is associated with increased child illness like middle ear infection, allergies and diarrhea. On top of this, the proper use of infant formula is nearly impossible in settings with no clean running water and a lack of fuel to sterilize feeding utensils and boil water for the formula.

Also, in low-income households the use of infant formula is a higher economic burden. In South Africa, adequate amounts of formula for an infant under six months cost more per month than the child support grant.

To increase breastfeeding rates South Africa must enforce the regulations around the marketing of infant formula. It must also do more to support mothers to breastfeed.

Exclusive breastfeeding is defined as providing no other food or drink, not even water, except breastmilk (including expressed breastmilk or breastmilk from a wet nurse) for the first six months of life. It does allow for the infant to receive oral rehydration solution, drops and syrups (vitamins, minerals and medicines).

WHO recommendations encourage continued breastfeeding up to two years or beyond with the introduction of appropriate nutrient-dense foods at age six months when complementary feeding is appropriate.

But the infant formula industry remains a powerful force. The top five companies are Nestlé, Danone, Mead Johnson, Abbott and FrieslandCampina. Combined they represent over 60% of the global market.

Manufacturers began to advertise directly to physicians in the early 20th century as formulas evolved supported by research. By 1929, the American Medical Association formed the Committee on Foods to approve the safety and quality of formula composition. By the 1940s and 1950s, physicians and consumers regarded the use of formula as an accepted, popular, and safe substitute for breastmilk. Consequently, breastfeeding rates in the US steadily declined until the 1970s.

At about the same time the aggressive marketing of infant formula in suboptimal conditions in Africa led to letters of concern to WHO and to UNICEF as child mortality numbers increased. This resulted in a raft of reports about the effects Nestlé’s marketing strategy on developing countries. They included the New Internationalist’s Baby Food Tragedy issue in 1973, War on Want’s “Baby Killer” by Mike Muller in 1974, and the Bottle Babies documentary in 1975.

The reports caused global outrage and an international boycott of Nestlé products.

Nevertheless, the industry continues to invest heavily in marketing. One of the consequences of some of the campaigns is that it sows doubt in mothers’ confidence in breastfeeding. An example is a campaign funded by Nestlé through the Pediatric Society of Rio Grande do Sul in Brazil.

Research also shows that infant formula campaigns use emotional appeals, such as tapping into concerns mothers might have about their babies crying or being hungry or not sleeping.

Social media has made it even easier for the infant formula companies to pose as the friend and supporter of parents. It is also providing companies with a rich stream of personal data with which they hone and target their campaigns.

In addition, the industry has designed a set of formula products to displace breastfeeding: starter formula from 0-6 months, follow-on formulas from 6-12 months and growing-up milks from 12 months.

More than a quarter (27%) of the country’s children are stunted.

South Africa, like a number of other countries, has taken steps to regulate the marketing of infant formula. But many individuals and organizations don’t recognize the regulations. Some even challenged the government for trying to enforce the rules. This points to the lack of awareness and the understanding of the regulations. It also points to a gap in monitoring and enforcement.

But regulating the marketing of infant formula is only the first step towards improving breastfeeding rates in the country.

Health: a Dangerous disease that kills trees and threatens people

HIV Preventive Care Is Supposed to Be Free in the US. So, Why Are Some Patients Still Paying?