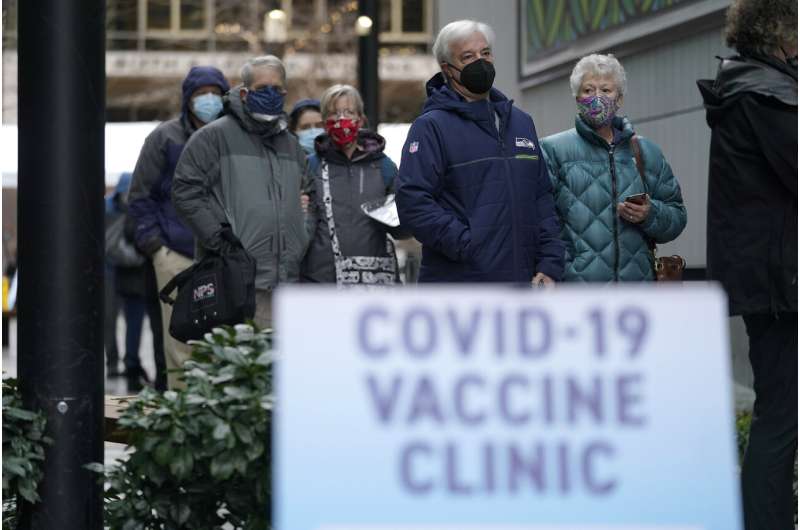 What if COVID-19 never goes away?

Experts say it’s likely that some version of the disease will linger for years. But what it will look like in the future is less clear.

Will the coronavirus, which has already killed more than 2 million people worldwide, eventually be eliminated by a global vaccination campaign, like smallpox? Will dangerous new variants evade vaccines? Or will the virus stick around for a long time, transforming into a mild annoyance, like the common cold?

Eventually, the virus known as SARS-CoV-2 will become yet “another animal in the zoo,” joining the many other infectious diseases that humanity has learned to live with, predicted Dr. T. Jacob John, who studies viruses and was at the helm of India’s efforts to tackle polio and HIV/AIDS.

But no one knows for sure. The virus is evolving rapidly, and new variants are popping up in different countries. The risk of these new variants was underscored when Novavax Inc. found that the company’s vaccine did not work as well against mutated versions circulating in Britain and South Africa. The more the virus spreads, experts say, the more likely it is that a new variant will become capable of eluding current tests, treatments and vaccines. 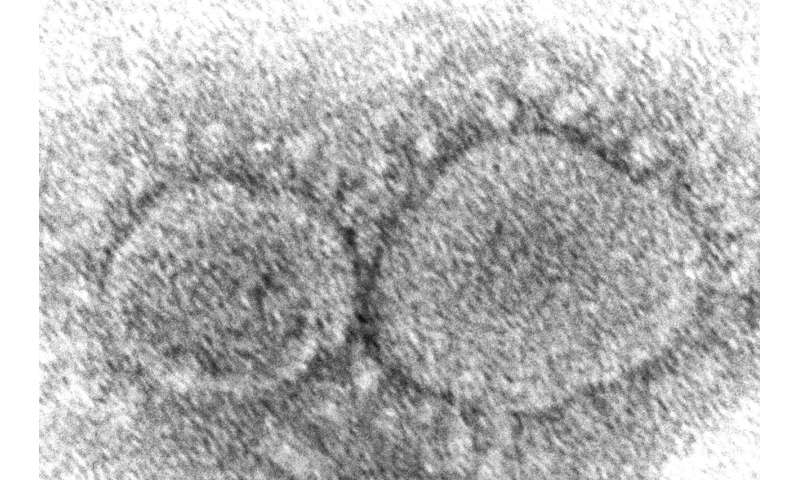 For now, scientists agree on the immediate priority: Vaccinate as many people as quickly as possible. The next step is less certain and depends largely on the strength of the immunity offered by vaccines and natural infections and how long it lasts.

“Are people going to be frequently subject to repeat infections? We don’t have enough data yet to know,” said Jeffrey Shaman, who studies viruses at Columbia University. Like many researchers, he believes chances are slim that vaccines will confer lifelong immunity.

If humans must learn to live with COVID-19, the nature of that coexistence depends not just on how long immunity lasts, but also how the virus evolves. Will it mutate significantly each year, requiring annual shots, like the flu? Or will it pop up every few years?

This question of what happens next attracted Jennie Lavine, a virologist at Emory University, who is co-author of a recent paper in Science that projected a relatively optimistic scenario: After most people have been exposed to the virus—either through vaccination or surviving infections—the pathogen “will continue to circulate, but will mostly cause only mild illness,” like a routine cold.

While immunity acquired from other coronaviruses—like those that cause the common cold or SARS or MERS—wanes over time, symptoms upon reinfection tend to be milder than the first illness, said Ottar Bjornstad, a co-author of the Science paper who studies viruses at Pennsylvania State University. 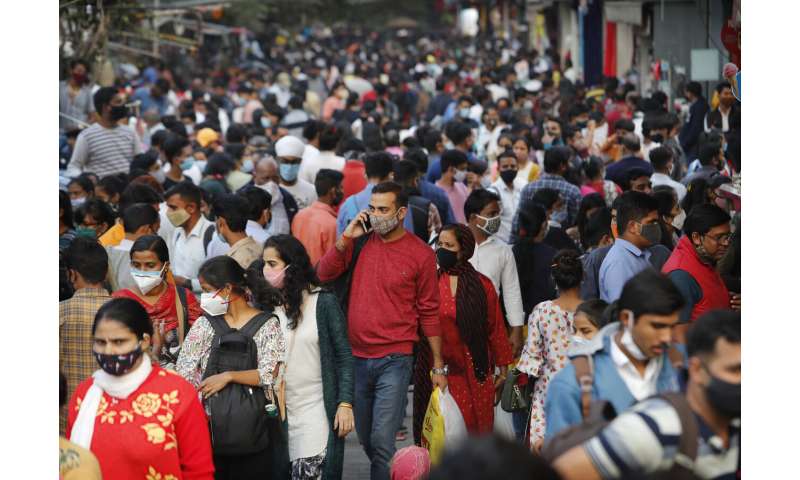 “Adults tend not to get very bad symptoms if they’ve already been exposed,” he said.

The prediction in the Science paper is based on an analysis of how other coronaviruses have behaved over time and assumes that SAR-CoV-2 continues to evolve, but not quickly or radically.

The 1918 flu pandemic could offer clues about the course of COVID-19. That pathogen was an H1N1 virus with genes that originated in birds, not a coronavirus. At the time, no vaccines were available. The U.S. Centers for Disease Control and Prevention estimates that a third of the world’s population became infected. Eventually, after infected people either died or developed immunity, the virus stopped spreading quickly. It later mutated into a less virulent form, which experts say continues to circulate seasonally.

It’s not clear yet how future mutations in SARS-CoV-2 will shape the trajectory of the current disease. 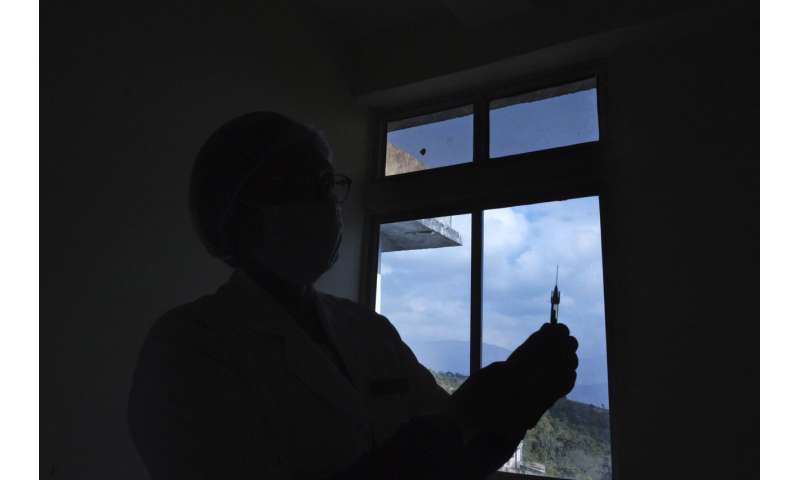 As new variants emerge—some more contagious, some more virulent and some possibly less responsive to vaccines—scientists are reminded how much they don’t yet know about the future of the virus, said Mark Jit, who studies viruses at the London School of Hygiene and Tropical Medicine.

“We’ve only known about this virus for about a year, so we don’t yet have data to show its behavior over five years or 10 years,” he said.

Of the more than 12 billion coronavirus vaccine shots being made in 2021, rich countries have bought about 9 billion, and many have options to buy more. This inequity is a threat since it will result in poorer countries having to wait longer for the vaccine, during which time the disease will continue to spread and kill people, said Ian MacKay, who studies viruses at the University of Queensland.

That some vaccines seem less effective against the new strains is worrisome, but since the shots provide some protection, vaccines could still be used to slow or stop the virus from spreading, said Ashley St. John, who studies immune systems at Duke-NUS Medical School in Singapore.

Dr. Gagandeep Kang, an infectious diseases expert at Christian Medical College at Vellore in southern India, said the evolution of the virus raises new questions: At what stage does the virus become a new strain? Will countries need to re-vaccinate from scratch? Or could a booster dose be given? 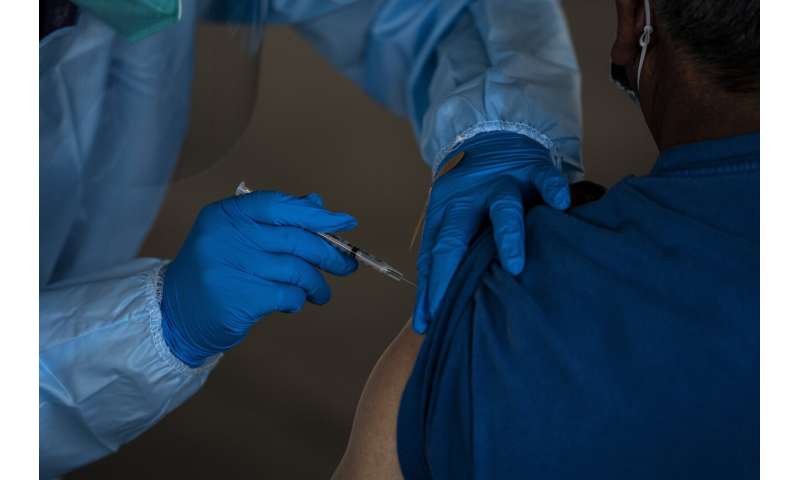 “These are questions that you will have to address in the future,” Kang said.

The future of the coronavirus may contrast with other highly contagious diseases that have been largely beaten by vaccines that provide lifelong immunity—such as measles. The spread of measles drops off after many people have been vaccinated.

But the dynamic changes over time with new births, so outbreaks tend to come in cycles, explained Dr. Jayaprakash Muliyil, who studies epidemics and advises India on virus surveillance.

Unlike measles, kids infected with COVID-19 don’t always exhibit clear symptoms and could still transmit the disease to vulnerable adults. That means countries cannot let their guard down, he said.

Another unknown is the long-term impact of COVID-19 on patients who survive but are incapacitated for months, Kang said. 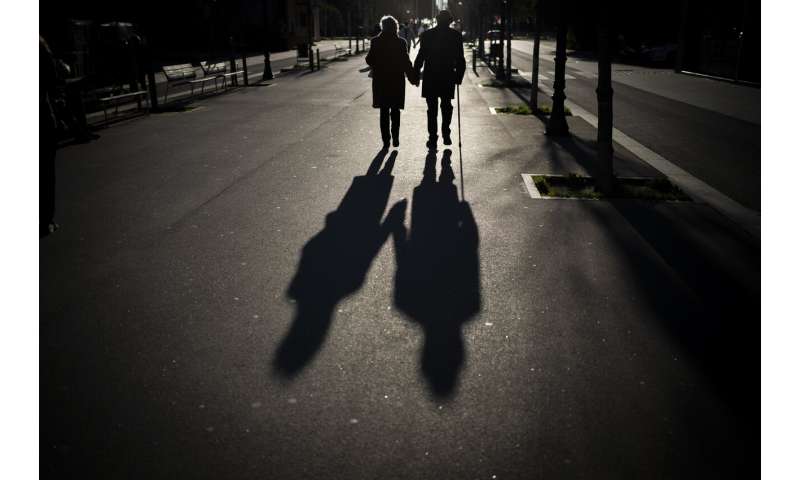 The “quantification of this damage”—how many people can’t do manual labor or are so exhausted that they can’t concentrate—is key to understanding the full consequences of the disease.