Travellers are being refused GP care due to them not having a fixed address or proof of ID, a charity has warned.

The Friends, Families and Travellers (FFT) charity conducted a ‘mystery shopper’ experiment where prospective patients contacted 50 GP surgeries, telling them they were of Traveller origin.

Twenty-four of the clinics refused or were unable to register the patients, of which 17 claimed they required ID and/or 12 said they could not sign them up without a fixed address.

This is despite NHS guidance stating patients do not require ID, an address or immigration status.

Other vulnerable groups may include refugees, homeless people and those who have fled domestic violence, FFT warns. 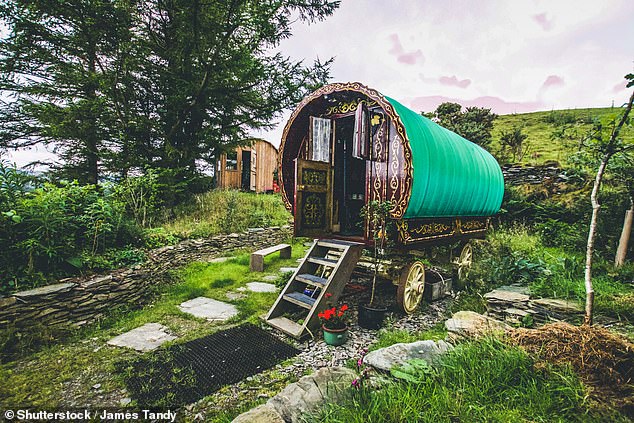 Sarah Sweeney, FFT’s health policy coordinator, told The Guardian: ‘Our health system is one of the safest in the world – and it is not right that we are failing on such a simple measure.’

The female mystery shoppers phoned different GP surgeries between December last year and January, posing as someone who had recently moved to the area.

They claimed they had a ‘woman’s problem’ that needed looking at but did not have a fixed address because they were from the Traveller community.

All but two of the 24 surgeries that refused to register the patients were rated ‘good’ or ‘outstanding’ by the Care Quality Commission (CQC) for their work with ‘people whose circumstances may make them vulnerable’.

The remaining two surgeries are yet to be inspected.

The results of the report – No room at the inn: How easy is it for nomadic Gypsies and Travellers to access primary care? –  were worse in urban areas and regions with large nomadic communities.

Since the NHS was founded in 1948, one of its three principles has been to ‘meet the needs of everyone’, including those with no fixed address.

Guidelines state: ‘When applying to become a patient there is no regulatory requirement to prove identity, address, immigration status or the provision of an NHS number in order to register.’

A GP surgery can only refuse to register someone if NHS England agrees to close the clinic off to new patients or if they have other reasonable grounds.

DO YOU NEED A FIXED ADDRESS TO REGISTER WITH A GP?

Everyone – including those with no fixed address – has the right to NHS care for free.

This includes the right to register at a GP surgery.

A general-practitioner clinic can only refuse to register you if NHS England has agreed to close it off to new patients or for other reasonable grounds.

It cannot refuse to register you because you have no ID or fixed address.

GP surgeries can register their own address as being the place of residence of the patient.

In its defence, an NHS spokesperson argued the experiment was made up of less than one per cent of GP surgeries in England.

However, campaigners maintain the findings highlight a ‘longstanding and stubborn issues around access to primary care’.

Traveller Kit Mattingly, 56, who lives on a boat, called the process of finding a GP ‘soul destroying’.

Ms Mattingly – whose mother died of uterine and breast cancer – found a lump in 2013.

Speaking of trying to get a GP appointment, she said: ‘In spite of the fact I knew I had a right to register without an address, the receptionist and I think the practice manager told me categorically they wouldn’t register me.

‘I persisted telling the person behind the desk I had a lump and needed to be seen, compromising my own confidentiality in order to get help.’

Ms Mattingly was later diagnosed with stage three breast cancer and is waiting to find out if it is terminal.

She believes if she had easier access to healthcare, she may have been diagnosed – and treated – sooner.

‘I feel my inability to access routine healthcare due to my travelling lifestyle has compromised the doctors’ Hippocratic Oath to do no harm,’ Ms Mattingly said.

‘I have a later stage cancer because I was not screened.’

Ivy Manning – a health improvement wellbeing worker at FFT – worries travelers are being forced to wait hours at A&E for minor upsets due to them being refused GP care.

‘It is not acceptable to deny someone registration because they do not have a fixed address,’ she said.

Ms Rankie added the CQC asks GP surgeries to demonstrate how they care for different population groups as part of its assessment.

But Professor Helen Stokes-Lampard, who chairs the Royal College of General Practitioners, admits there is confusion around registering ‘transient patients’ at some practices.

The FFT’s report is calling on the Department of Health and Social Care to ensure nobody is ever wrongfully denied access to healthcare.

Omicron: Anti-Covid pills shown to be effective against the dominant variant – new study

Can mouthwash stop you from catching Covid? Best ways to protect yourself