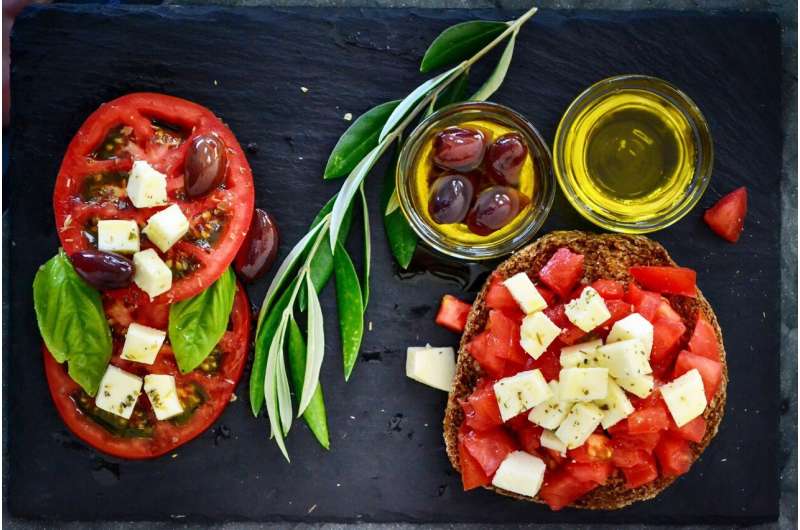 The Mediterranean diet does not only have beneficial effects for the cardiovascular health of those who follow it, but it can allow them to improve their memory and prevent or delay the effects of cognitive deterioration connected to aging. However, these beneficial effects are not enjoyed equally by everyone, which leads to questioning the type of interventions based on dietary recommendations to adapt them to the individual features of each person. These are the main results of a study published in Clinical Nutrition, led by researchers from the Research Group in Integrated Pharmacology and Systems Neuroscience and from the Research Group in Cardiovascular Risk and Nutrition of the Instituto Hospital del Mar for Medical Research (IMIM-Hospital del Mar) through the group in Psychology and Mental Health of the Biomedical Research Institute of Bellvitge (IDIBELL) and the University Hospital of Bellvitge, all from Physiopathology of Obesity and Nutrition group CIBEROBN. Also part of the research were the University of Valencia, the Rivira i Virgili University and the University of Navarre.

The study followed a group of 487 volunteers, practically half of which were men and half women and with an average age of 65 years, for three years. They all participated in the PREDIMED-PLUS trial, a multi-center study that 23 Spanish research centers take part in and which analyzes the effect of the traditional Mediterranean diet with energetic restrictions, promoting physical activity and behavioral intervention, on weight loss and the prevention of cardiovascular diseases. At the beginning of the study, participants were overweight or obese and met at least three criteria of the metabolic syndrome, which includes hypertension, hyperglucaemia, an excess of fat around the waist, low levels of HDL cholesterol and high levels of triglycerides. The metabolic syndrome is very common, being present in close to one in four adults globally, and entails a higher risk of suffering heart disease, cerebrovascular accidents, type-2 diabetes and cognitive deterioration.

With neuropsychological tests, the researchers analyzed the cognitive status of the volunteers at the beginning of the study and one and three years later. The researchers established their performance regarding memory and other cognitive functions, including the ability to make decisions, reason, pay attention, plan or ignore certain impulses.

According to previous studies, within a period of three years, people with metabolic syndrome who do not follow any type of intervention, would have seen their global cognition decrease by almost 0.4 points, and their memory by 0.1. However, with the study’s recommendations, they recorded improvements of over 0.6 points in global cognition and close to 0.9 in memory. The units used to measure cognition have been standardized in order to compare different neuropsychological tests.

For the set of patients, the results show a direct link between the adherence to the Mediterranean diet and cognitive improvement. Adherence to a low-calorie Mediterranean diet was measured with a poll of 17 items that explore the consumption of extra-virgin olive oil and the number of rations of fruit and vegetables they eat a day, among other matters. Scores over 11 points are considered a high adherence to the Mediterranean diet. Thus, for each point of improvement regarding the adherence to this type of diet, the memory improved by .12 points. According to the research, this improvement can be due to the weight loss and the increase in physical activity, which is also linked to an improved quality of life. In this sense, Rafael de la Torre, one of the main researchers of the study, says that this “is important, taking into account that people may not notice cognitive changes, but they can be more relevant when combined with improvements to their quality of life.”

Meanwhile, Fernando Fernández-Aranda, leader of the project from the IDIBELL and Bellvitge hospital, says that “thanks to this study we have established benefits of the Mediterranean diet beyond weight loss, such as the verbal memory or attention, which clearly benefit.”

Not everyone has the same benefits, according to Natàlia Soldevila-Domènech, first signee of the study. Women, the oldest people, those with a lower level of education and those with type-2 diabetes obtain the least benefits from following the Mediterranean diet. In this regard, she says that “despite seeing that women have less cognitive improvement than men, these improvements occurred in all participants. Everyone benefits from following the Mediterranean diet, just some more than others.”

Meanwhile, the volunteers with the lowest cognitive performance at the beginning of the study regarding memory and other cognitive functions have the least adherence to the Mediterranean diet, and the ones who have the least possibilities of achieving significant weight loss. “We wanted to know which volunteers lost weight and which did not, and why some did and some did not, from the point of view of cognition and their behavior,” explains Rafael de la Torre. Specifically, those who at the beginning of the study had the best auditory memory, higher planning and decision-making abilities, lower reaction times and less impulsiveness, were between 20% and 50% more likely to achieve the study’s goal of losing 8% of their weight over the three years. According to the research, this is because most people with these cognitive abilities had a high adherence to the low-calorie Mediterranean diet, which led to clinically relevant weight loss.

Health: According to the banana-eating never wash your hands forget!