Difficulty conceiving seems to be on the rise, especially as more couples are trying to conceive at a later stage in their life.

While most of the practical advice and emotional support related to infertility appears to be aimed at women, research has shown how male infertility has an equal role to play among couples having difficulty conceiving.

Research suggests that in the US about one-third of infertility cases are caused by fertility problems in men and in the UK one in every seven couples may have difficulty conceiving, which equates to around 3.5 million people.

It’s been shown that around 84 percent of couples will conceive naturally within a year if they have regular unprotected sex (every two or three days).

Out of 100 couples in the United States, 12 to 13 have trouble conceiving 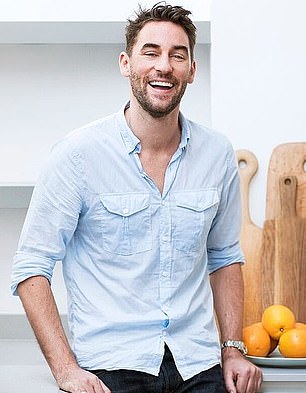 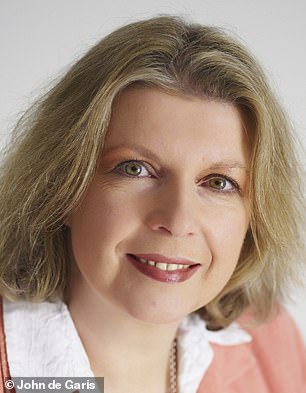 Rob Hobson, a registered nutritionist for Healthspan, and medical nutritionist Dr Sarah Brewer, look at the rise in male fertility

Is male infertility on the rise?

Over the last several decades sperm concentration has declined by more than 50 percent with no evidence of ‘leveling off’, according to a study carried out by the Hebrew University of Jerusalem (2017).

This study analyzed findings from 185 studies of almost 43,000 men from North America, Europe and Australia, which showed a significant decline in male reproductive health, although the researchers commented that more study is required to explore the reason for this decline.

Can diet help with male fertility?

Exactly how lifestyle is connected to fertility in men is still a topic of debate and active research, however, studies suggest that diet may have a key role to play in terms of the nutrients gleaned, nutrients that cause harm and body weight.

Keep it cool below the belt

Heat exposure is one of the biggest contributors to infertility in men as optimal sperm production occurs around 4 degrees lower than body temperature. Keep it cool below the belt by:

The impact of dietary patterns, foods and nutrients on semen quality and fecundability (probability of conceiving within a period of time) were explored in a comprehensive review of the available research up until 2016.

Conversely a diet rich in processed meats, full-fat dairy, coffee, alcohol and sugar were shown to be detrimental to the quality of sperm in some cases.

A high in intake of alcohol, caffeine, red and processed meat by males was shown to have a negative impact on the chance of pregnancy or fertilization rates in their partners.

Whilst there is limited evidence about the influence of nutrition on quality of semen, it does appear that approximately 30-80% of infertility cases amongst men are caused by oxidative stress.

Oxidative stress occurs when the production of reactive oxygen species (ROS) outweighs the availability of antioxidants required to neutralize the damage they cause. A high concentration of ROS in sperm cells can alter their DNA and impact on sperm motility, vitality and concentration, which can impact on fertility in men.

The most commonly considered factors that induce oxidative stress are lifestyle factors:

Smoking increases the level of ROS whilst also depleting the body of antioxidants such as vitamin C. This bad habit can also encourage inflammation in the body and increase the number of leukocytes (immune cells) in the testicles. Smoking can also impact on impotence (nicotine impedes blood flow by constricting small arteries such as those found in the penis).

The effect of excessive alcohol is that it can impact on the shape of sperm and a heavy drinking session can wipe them out for several months. The toxic product of alcohol breakdown is call acetaldehyde, which interacts with fats and proteins to produce ROS.

This can increase ROS production and cause abnormal regulation of hormones, which has been shown to negatively affect sperm quality. Obesity is also a risk factor for diabetes, which is a leading cause impotence.

Several studies have shown how stress can increase the level of ROS in seminal plasma, whilst also decreasing the protection offered by antioxidants. This balance will ultimately lead to a reduction in the quality of sperm.

What foods may promote fertility in men?

This groups of foods are rich in nutrients such as vitamins C and A, polyphenols, magnesium, folate and fiber, which act as antioxidants in the body. Research has suggested a direct association between the production of ROS in sperm cells and intake of antioxidants, which help to reduce this damage by neutralizing them.

Folate found in green vegetables is thought to be essential in the production of sperm cells by way of its role in DNA maintenance and protein synthesis. Fiber helps reduce estrogen, low levels of which are essential for normal fertility in men. Oily fish are rich in the omega 3 fatty acids EPA and DHA which play an important role in the anti-inflammatory and antioxidant properties of enzymes.

Intake of dairy foods in association with sperm production is somewhat controversial but the theory goes that as around 75 percent of the milk we consume comes from pregnant cows, there may be a high level of naturally occurring estrogens, which as mentioned above could affect sperm production.

Although not fully proven, it has been suggested that meat and processed meats may impact on fertility in men by way of xenobiotics (mainly xenestrogens) used in the farming process. Over-exposure to these compounds, which have estrogenic effects in the body, may play a role in the decline of sperm quality in men.

Excessive intake of sugary foods may lead to overweight and obesity, driving insulin resistance which may negatively influence sperm quality as a result of inflammation and oxidative stress. Diets high in sugar can also lead to blood sugar imbalances which may disrupt the hypothalamic-pituitary-testicular axis impacting on sperm production.

Can supplements help with male fertility?

Supplements should never be considered a substitute for food but not everyone eats a perfectly balanced diet all of the time and this is where they can help to bridge any gaps in the diet.

A large review of the evidence regarding supplement use and male fertility published in the International Journal of Reproductive BioMedicine concluded that in most studies, antioxidant supplementation improved the number, motility, morphology and sometimes DNA integrity of sperm.

The combination of vitamin C, E and CoQ10 [co-enzyme Q10] appeared to be effective at improving semen parameters in infertile men.

Zinc is also known to contribute to normal fertility and reproduction as it helps to stabilize the enzymes in sperm required to bore a hole into the egg during fertilization.

Men trying to conceive may want to try and supplement their diet with a blend that contains the essential nutrients linked to fertility such as Healthspan Pregnapure Conception for Men.

The take home message for any man trying to conceive is that they should prepare their body to optimize the quality of the sperm they produce by adopting a healthy diet, maintaining a healthy body weight and quitting the booze and fags.

Supplementing the diet during this time may be a good way to insure your intake of essential micronutrients associated with fertility.

In some cases, intervention may be required if sperm counts are very low.

If you are having difficulty conceiving, do seek medical advice so that investigations and the need for any necessary assisted fertility treatments can be assessed.

Wood-Fired Cooking a Cause of Lung Illness in Developing World

Why does hot weather make me tired? The three reasons

Learning a second alphabet for a first language: Research challenges theoretical constraints on visual forms that can represent language