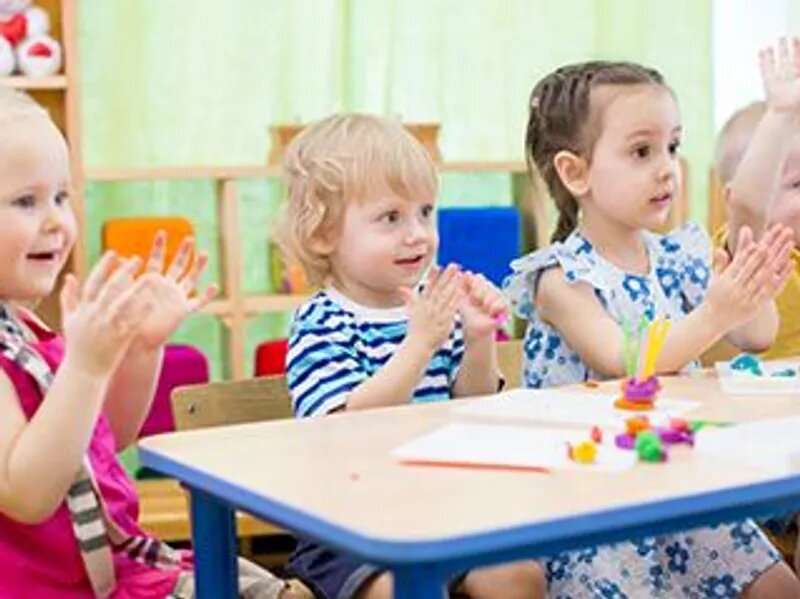 Rates of childhood obesity in the United States are soaring, and new research suggests child care programs may be part of the problem.

Most tots in these programs aren’t getting nearly enough exercise.

“Kids who are less active have poorer physical fitness and coordination, higher rates of obesity, shorter attention spans, and poorer cognitive development,” said study author Lauren Olsho, a health expert at Abt Associates in Rockville, Md. “Fully 60% of kids in the U.S. are in some kind of formal child care for an average of around 30 hours a week, which means that child care settings are the main opportunity for many kids to be active.”

For the study, Olsho’s team observed 96 child care centers and 131 Head Start programs to see how much physical activity preschoolers were getting both inside the classroom, and outside.

The kids were inactive about 25% of the time, not including naps and eating time, she said. “The biggest surprise for me was just how much time the classes were sedentary, with most of the kids sitting or lying down,” Olsho said.

Teachers and parents can play a role in bucking these trends, she said.

“Young kids tend to be most active at the start of an outdoor play session, so multiple shorter sessions are better than a single long one,” Olsho said.

And, she noted, teachers should play with their charges. Kids in child care programs whose teachers didn’t play with them outside got roughly a half-hour less active time on average each day.

“If they don’t have a playground on-site, ask if there is somewhere nearby they take the children to play,” Olsho said. And check the daily schedule to make sure there are at least two scheduled outdoor play sessions each day, too.

The findings were published online May 18 in the journal Pediatrics.

Experts who were not involved with the study agreed that the lack of physical activity in early child care programs can set kids up for problems with their weight and health as they get older.

“Insufficient physical activity and physical fitness, especially in young children, are associated with countless health and behavioral problems, and are risk factors for obesity, diabetes and a host of other later-in-life health conditions,” said Dr. Scott Kahan, director of the National Center for Weight and Wellness, in Washington, D.C.

“Schools and day care centers, especially those caring for younger aged children, are optimal venues for guiding our kids to engage in physical activity as part of the school day, and to build interest and habits for being active,” he said. “And this study suggests that we have a long way to go to support healthful activity in our children’s lives.”

“Children who are overweight or obese have an increased risk of cardiac, gastrointestinal (fatty liver disease), respiratory, psychological and social problems,” she said. “Obese children also experience more dental [cavities], decreased bone density, headaches, sleep apnea, and anxiety than their non-obese counterparts, and being overweight and obese as an adolescent is a predictor of having difficulties maintaining normal body weight in adulthood.”

Smith suggested asking your children about their daily activities in school to get an overall sense of their physical activity level during the day.

“It may be just as prudent for parents to observe their child while in school from time to time,” she added.

You can also take steps at home to make up for shortfalls at day care, Smith suggested. This includes setting limits on screen time and encouraging physical activity at home.

As the associate director of community health at Healthy Habits of Cedars-Sinai in Los Angeles, Premere Session helps develop and implement nutrition education and physical activity programs for kids at 21 elementary schools.

“The findings are worrisome because children do spend most of their days in child care facilities, and this is where healthier habits can develop and stick,” she said.

STI: The colours of discharge that warn of an infection with gonorrhoea