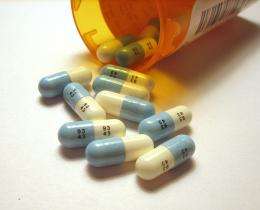 A large international trial has confirmed previous findings that a commonly used antidepressant is not effective in supporting the recovery of patients who have had a stroke.

The results of the study, led by researchers from The University of Western Australia and The George Institute for Global Health in Sydney, were presented live last night at a webinar facilitated by the joint European and World Stroke Organisation.

Graeme Hankey, Professor of Neurology at UWA’s School of Medicine and Pharmacology, discussed the effectiveness of the drug fluoxetine, which has been used for many years to treat depression, in improving physical recovery and reducing disability after stroke in an ethnically diverse population.

Stroke occurs when there is a sudden loss of blood supply to a localized area of the brain. It is the second major cause of disability globally, however there are few strategies to help people recover everyday functions such as walking, talking and getting dressed and improve other patient outcomes.

Fluoxetine affects chemicals in the brain and was thought to improve neurological recovery and reduce disability after stroke.

The aim of the trial was to evaluate whether a six-month course of fluoxetine was safe and effective for improving functional outcome after an acute stroke compared to placebo.

The trial involved 1280 volunteers from Australia, New Zealand and Vietnam. They were asked to take fluoxetine or an identical placebo capsule containing no fluoxetine, once a day for six months.

At the end of the trial people were asked about their functional recovery as well as many other aspects of recovery including depression, communication, fatigue and any other health problems.

The trial, named AFFINITY, was one of three large clinical trials that were carried out with stroke patients worldwide under an international research collaboration that included the FOCUS trial in the United Kingdom and the EFFECTS trial in Sweden.

Professor Hankey said that the results of the AFFINITY and EFFECTS clinical trials demonstrated that antidepressants were not effective at improving functional outcome after stroke and even caused significant harm, particularly bone fractures.

“In addition to deriving no outcome benefits, patients also suffered from adverse effects including increased bone fractures in both trials, falls and seizures in AFFINITY, and hyponatraemia, when there is a low level of sodium in the blood, in EFFECTS,” Professor Hankey said.

Professor Maree Hackett, Program Head, Mental Health at The George Institute said that despite the findings, it was important for those currently taking the drug to carefully consider any changes to their medication.

“While our trial has shown there is no benefit and in fact some harm in routinely taking fluoxetine to improve recovery after a stroke, people currently taking fluoxetine for depression after stroke should discuss their treatment options with their general practitioner if they have any concerns,” Professor Hackett said.

The results from 3127 patients in the FOCUS trial were published last year and showed that fluoxetine did not improve function but instead caused an increase in bone fractures in stroke patients.