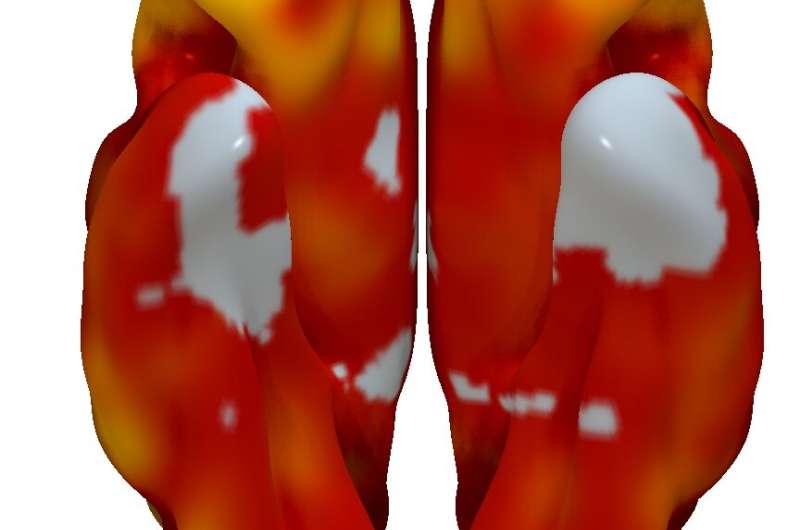 The links between cardiovascular disease and cognitive impairment begin years before the appearance of the first clinical symptoms of either condition. In a study carried out at the Centro Nacional de Investigaciones Cardiovasculares (CNIC) in partnership with Santander Bank and neuroimaging experts at the Barcelonaβeta Brain Research Center (BBRC, the research center of the Fundación Pasqual Maragall), the investigators have identified a link between brain metabolism, cardiovascular risk, and atherosclerosis during middle age, years before the first appearance of symptoms.

The report, published in the Journal of the American College of Cardiology (JACC), is important because it suggests that intervention in a modifiable condition (cardiovascular disease) could prevent the development of dementia, a disease for which there is currently no cure.

Dr. Valentín Fuster, CNIC and Mount Sinai Heart general director, physician-in-chief of the Mount Sinai Hospital and a lead author on the study, said, “Although everybody knows about the importance of caring for ourselves and controlling cardiovascular risk factors in order to avoid a heart attack, the association of these same risk factors with cognitive decline may increase awareness of the need to acquire healthy habits from the earliest stages of life.”

Moreover, the results provide yet more support for the importance of implementing primary cardiovascular prevention strategies in middle age as a valuable therapeutic approach to slowing or even halting brain alterations that could contribute to future cognitive decline.

The advanced stages of vascular disease and dementia often occur together, but until now this association has not been documented at earlier stages. The CNIC-coordinated study, led by Dr. Marta Cortés Canteli, shows that in middle age, years before any clinical signs appear, atherosclerosis and cardiovascular risk factors already show an association with low metabolism in brain regions implicated in the future development of dementia, especially Alzheimer’s disease.

The advanced stages of neurodegenerative and vascular diseases often occur together, and research in recent years has established close links between cognitive decline and a number of cardiovascular risk factors, including hypertension, obesity, and high cholesterol. 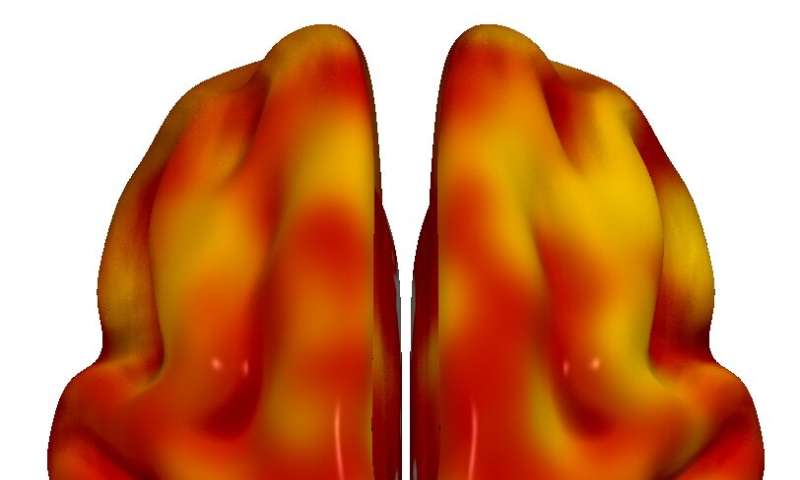 Using advanced imaging by positron emission tomography (PET), the research team quantified brain metabolism in more than 500 participants in the PESA-CNIC-Santander study. The participants had an average age of 50 years and no symptoms, but already had evidence of atherosclerosis in their arteries.

PESA-CNIC-Santander, directed by Dr. Valentín Fuster, is a prospective study of more than 4000 asymptomatic middle-aged participants who have been exhaustively assessed for the presence and progression of subclinical atherosclerosis since 2010.

The new study reveals a link between elevated risk of a cardiovascular event and low brain metabolism. “When brain metabolism declines, the brain’s ability to handle adverse events can be compromised. Depending on the brain area affected, this can lead to a range of distinct problems,” explained study co-first author Dr. Cortés Canteli, a CNIC investigator and Miguel Servet fellow.

“We found that a higher cardiovascular risk in apparently healthy middle-aged individuals was associated with lower brain metabolism in parietotemporal regions involved in spatial and semantic memory and various types of learning,” said Dr. Cortés Canteli. Dr. Juan Domingo Gispert, head of the Neuroimaging group at the BBRC, noted that “the brain areas showing low metabolism in participants with higher cardiovascular risk are the same areas affected in Alzheimer’s disease, suggesting that these individuals may have higher than normal vulnerability to this disease.”

“We think that cardiovascular risk factors the affect the large vessels carrying blood from the heart to the brain also affect the small vessels in the brain,” asserted Dr. Fuster.

The study is the largest of its type to date in a healthy middle-aged population and could signal a paradigm change in the understanding of the links between vascular and brain disease, say the authors.

Among the modifiable cardiovascular risk factors most closely associated with a reduction in brain metabolism, the investigators saw the biggest effect with hypertension. “We found that the same risk factors that damage the heart and the large arteries, and especially hypertension, are closely linked to the decline in brain metabolism years before the appearance of symptoms,” said Dr. Fuster.

The research team also found that a higher number of plaques in the carotid arteries, which carry blood to the brain, was associated with lower brain metabolism in areas of the limbic system and the parietal lobe, both of which are intimately linked to the development of Alzheimer’s disease.

“The next step will be to determine whether individuals with subclinical atherosclerosis in the carotid arteries and low brain metabolism at the age of 50 go on to experience cognitive decline 10 years later,” said Dr. Cortés Canteli.

Dr. Juan Domingo Gispert remarked that “there is abundant evidence linking cardiovascular risk factors and Alzheimer’s disease. If we can gain a more precise understanding of this relationship at asymptomatic disease stages, we will be in a position of design new strategies to prevent Alzheimer, matching the success of current strategies to prevent cardiovascular disease.”