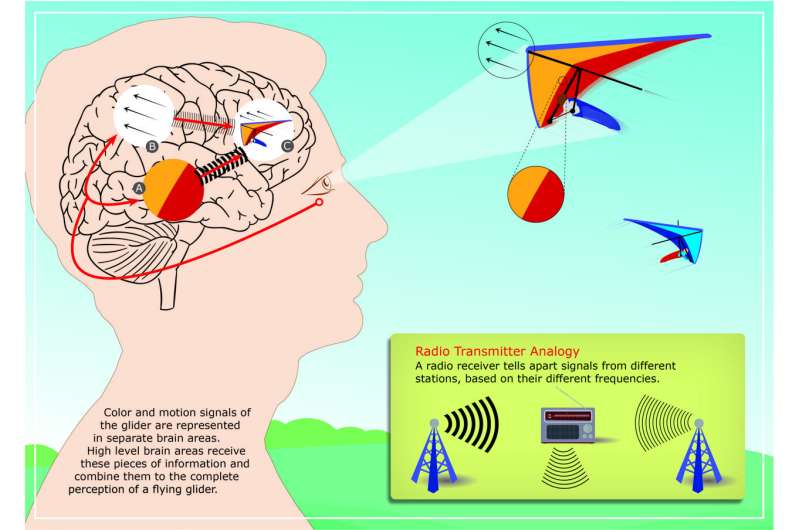 Focusing on what’s important represents one of the main tasks of the brain. But how do we manage to separate the important from the unimportant? It has long been known that oscillatory neural activity is a key factor for this attentional selection in the mammalian brain. Scientists from the German Primate Center in Göttingen and the University of Melbourne have now investigated how this works. They found that coupling lower frequencies of oscillations with higher ones allows fine-tuning the brain and is thus the basis for higher cognitive functions, such as selective attention.

Contrary to intuition, the precision with which people perceive the real world is not stable in time; rather, it rhythmically fluctuates between high precision and low precision states several times per second. These fluctuations follow rhythmic electrical activities in the brain. Electrical rhythms of the brain range across different frequencies, from 1 to 250 hertz. Using these frequencies, the brain regulates how relevant information is transmitted between different brain regions. A group of neuroscientists from the German Primate Centre, Goettingen, Germany and the University of Melbourne, Australia, has critically reviewed the evidence on this subject and shows how these frequencies may determine fundamental perceptual processes in the brain.

One basic phenomenon observed throughout brain areas is that slower rhythms (approximately 4 to 8 hertz) modulate the strength of a faster rhythm (approximately 40 to 80 hertz). This is known as cross-frequency coupling. The pair of frequencies coupled to each other varies, based upon the cortical area and its function for behavior. In some instances, attention may cause nerve cells to become de-synchronized, allowing them to carry different information, like when one string instrument plays a different melody from the rest of the orchestra. In others, attention may lead to the activation of large numbers of neurons to maximize their impact. “These two different functions may be organized in the brain through cross frequency coupling,” says Moein Esghaei, one of the authors.

Distinguishing between different types of information

How to stop sweat patches: 4 ways to beat the heat – ‘avoid’ these triggers