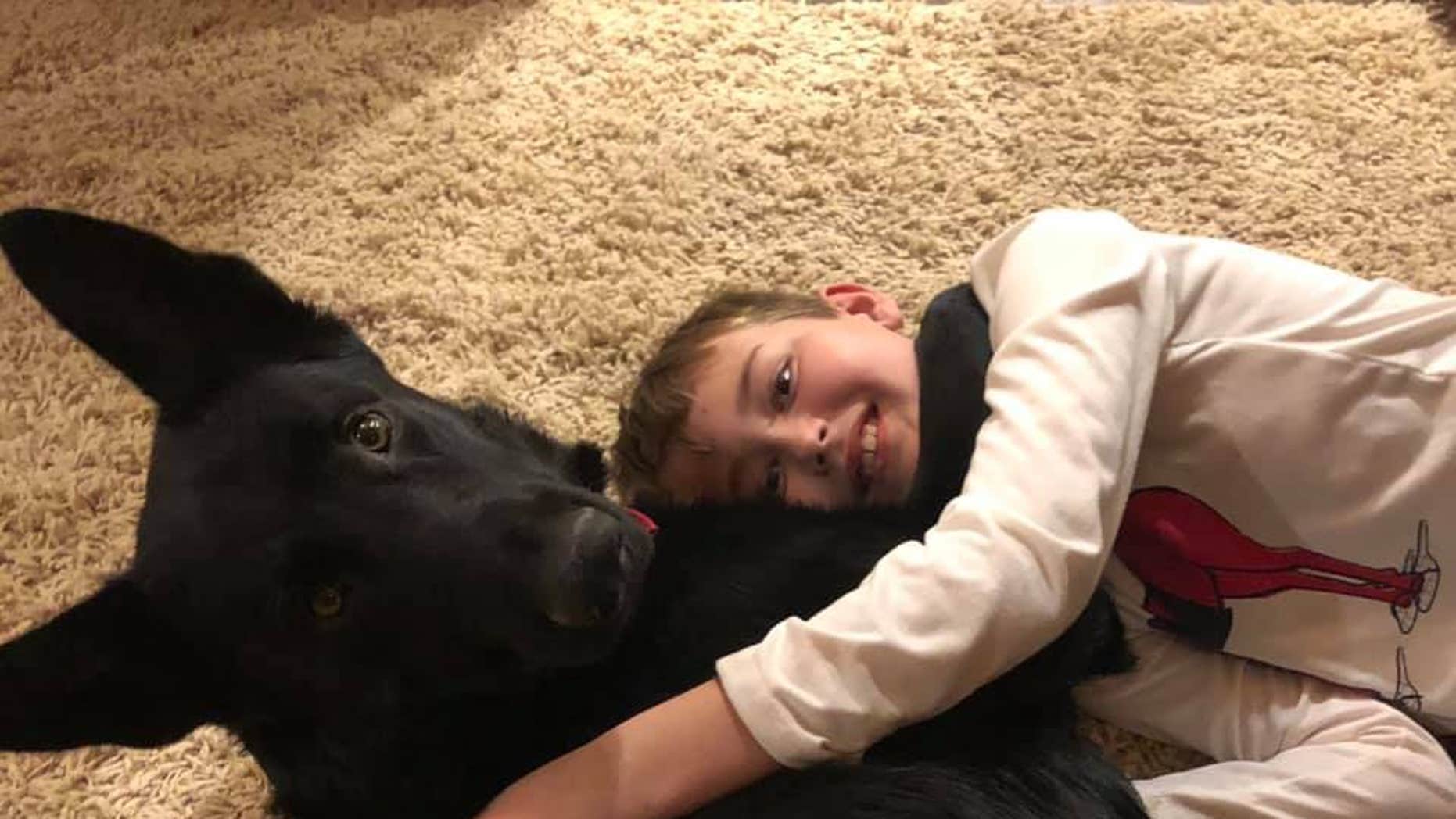 An 8-year-old North Carolina boy, who is receiving cancer treatment in Utah, was reunited with his beloved dog thanks to the kindness of a complete stranger.
(Becky Perry Patrick)

An 8-year-old North Carolina boy who received a devastating and unexpected diagnosis of glioblastoma while visiting family in Utah over the holidays has now been reunited with his beloved dog thanks to the kindness of a complete stranger.

Perryn Miller and his family are from North Carolina but were in Utah for Christmas. During their trip, the boy was informed he was suffering from Stage 4 glioblastoma multiforme — an aggressive, cancerous tumor often found in the brain or spine — after a severe headache landed him in a local hospital. At the time, Perryn was told the tumor found in his brain required immediate surgery. He is now recovering, and the Miller family, whose home was destroyed during Hurricane Florence and has not yet been repaired, plans to stay in the Beehive State while Perryn undergoes additional treatment.

But one important member of the Miller family was unable to make the trip from North Carolina to Utah: Frank, an 8-month-old German shepherd.

Perryn’s grandmother, Donna Javaras, took to Facebook inquiring if anyone knew of a way to transport the dog to the family without paying the more than the $3,000 it would reportedly cost to do so.The post made the rounds on social media and caught the eye of Jennifer Reynolds, who then showed the post to her husband and former truck driver, Rob.

Though neither Jennifer Reynolds nor Rob, 59, had met the Miller family, Rob offered to drive the pup to his family — a 2,300-mile cross-country trek that reportedly took 52 hours.

“He would sleep or play with his toys,” Rob told Fredricksburg.com. “We’d stop and go for walks. If he wanted to use the bathroom, he’d bump my right arm. He was perfect.”

When the pair finally arrived, Frank “went crazy” when he saw Perryn and his family.

“It was a good feeling to be able to ease their minds a little bit,” Rob said, adding he’s willing to drive Frank back to North Carolina if needed.

"I felt really excited to see Frank. I just really like Frank and he's a good dog," Perryn told CBS News of their reunion.

Jacob Miller, Perryn’s father and a former Marine Raider, previously told KUTV his son “has a long journey ahead of him.”

The boy's parents "will be on extended leave from their jobs while they take care of Perryn,” a GoFundMe for the 8-year-old states.

“Perryn is fighting for his life. He is a smart boy with an amazing personality. He is loved by everyone,” the GoFundMe adds. “He is also a warrior and is putting up the good fight. Even during all of this time in the hospital, he has been more worried about his family than himself.”