Replacing food with low-calorie soups, shakes and bars is a cost-effective way for the NHS to treat obesity, experts claim.

University of Oxford scientists say giving people the therapy could save the NHS as much as £10,000 per person per year if they keep the weight off.

Nearly two thirds of British adults (64 per cent) are overweight, and more than one in four are obese. This puts them at higher risk of heart disease, cancer and stroke.

The NHS is trialling a programme restricting patients with type 2 diabetes to 810 calories a day for three months, during which they only eat soups and shakes.

And the £796-per-person programme is financially viable because it would make people cheaper to provide medical care for afterwards, the researchers say. 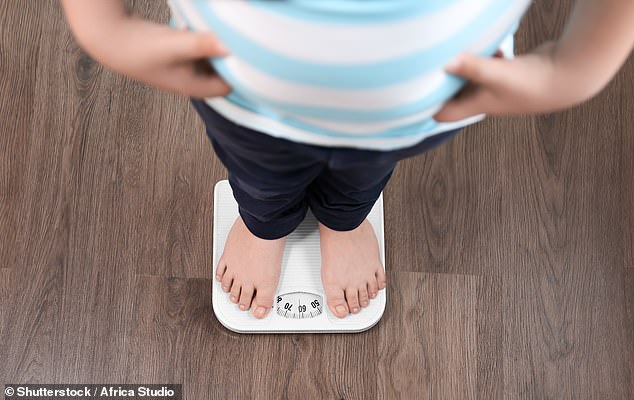 Scientists say using the 800-calorie ‘soups and shakes’ diet would be cost effective for the NHS and could potentially save it thousands of pounds per person per year in future healthcare bills, on average (stock image)

Publishing their findings in the medical journal Obesity, the scientists found people could lose an average of 1st 9lbs (10.7kg) in a year using meal replacement.

In a study last year, 278 people with a BMI or more than 30 – making them obese –  tested the programme for eight weeks.

And an analysis by the University of Oxford suggests it makes financial sense for the health service to use it.

The NHS defines cost-effectiveness as something which means someone’s healthcare after the treatment will cost up to a maximum of £20,000 per year.

Even if people on the TDR diet put all the weight back on, their care should cost no more than £12,955 per year on average, the study claimed.

The NHS announced last year it would trial prescribing the radical ‘soup and shake’ diet to patients who desperately need to lose weight.

‘It is great to see the NHS Long Term Plan taking this research evidence and translating it into new clinical services for people who are obese,’ said Professor Susan Jebb, who investigated the trial.

‘Our study provides great confidence that this programme is a cost-effective treatment, which could improve the health of large numbers of people who are affected by obesity.’

A trial of the soups and shakes diet found it is suitable for most people who want to lose weight and is effective because people consume fewer calories than they burn.

Earlier research found no evidence the TDR programme increased the risk of health problems which interfered with daily life.

Paul Aveyard, a GP and Oxford professor, said at the time: ‘This study shows that GP referral to a total diet replacement programme… is an effective intervention which GPs can confidently recommend, knowing that it leads to sustainable weight loss and lowers the risk of heart disease and diabetes.’

HOW THE UK GOVERNMENT IS TRYING TO TACKLE OBESITY

Proposed plans to restrict the number of calories in pizzas, pies and ready meals were last year revealed as part of drastic Government moves to try and cut down on obesity.

A tax on added sugar in drinks came into force in April, requiring companies to hand over more of the money they make from drinks which contain more than 5g of sugar per 100ml of liquid.

As a result, many soft drinks have had their recipes changed in order to avoid paying the tax and putting prices up. Sugary drinks are the biggest single source of sugar for children and teenagers.

The Government is also considering making it compulsory for all restaurants and fast food outlets to display the number of calories in each meal on their menu.

Some food outlets already do this but there can be unexpected numbers of calories in popular dishes, and the Government is consulting on the plans before a decision is due in spring.

In March this year, Public Health England warned Brits to crack down on the number of calories they’re eating, advising people to consume no more than 1,600 per day.

The watchdog says adults shouldn’t eat any more than 400 calories for breakfast, 600 for lunch and 600 for dinner – this would allow for some snacks, experts said.

Examples of 600-calorie meals include a tuna pasta salad and a small cereal bar, a chicken salad sandwich and a pack of crisps, or half a pepperoni pizza with a quarter of a garlic baguette and a banana.