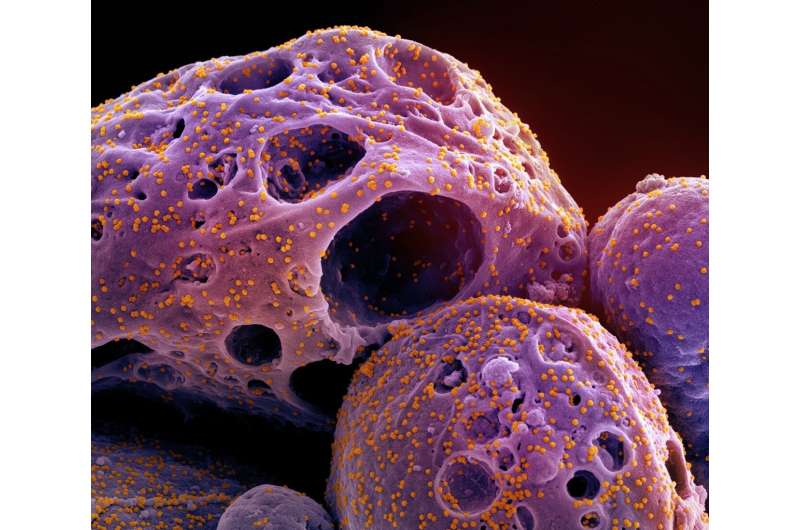 For their study, scientists tested neutralizing antibodies in blood serum samples from vaccinated and once-boosted or recently infected health care professionals against several subvariants in circulation. Three subvariants stood out for their resistance to the antibody immune response: BQ.1, BQ.1.1 and BA.2.75.2.

BQ.1 and BQ.1.1 are subvariants of the BA.4/5 omicron variants that have been dominating the last few months in the U.S., and each now accounts for about a quarter of current infections, according to the Centers for Disease Control and Prevention (CDC). BA.2.75.2, a mutant of the BA.2 omicron variant, was the best of all variants tested at evading neutralizing antibodies, but currently accounts for only a very small proportion of reported illnesses in the United States.

“In general, the subvariants BQ.1 and BQ.1.1 are much better compared to prior variants at evading the booster-mediated antibody response—the neutralizing antibody titers are clearly much lower. And those two variants are becoming dominant,” said Shan-Lu Liu, senior author the study and a virology professor in the Department of Veterinary Biosciences at The Ohio State University.

“It is important to be aware while traveling and gathering over the holidays that SARS-CoV-2 variants are continuing to evolve,” said Liu, also a professor in the Department of Microbial Infection and Immunity. “If you were vaccinated with the first booster more than six months ago, you might consider getting a second booster because the antibodies from a single booster are now likely too low to be protective.”

Though the third booster, an updated bivalent formulation, is now being administered to those who are eligible, over 48% of the total booster-eligible population has not yet received a booster dose, according to CDC data. Liu’s lab has previously shown that a COVID-19 booster shot provided strong and broad antibody protection against a range of omicron sublineage variants, and that a second booster restored waning antibody counts to protective levels.

For the current study, serum samples came from health care professionals who had received two mRNA vaccine doses and one booster shot or who had been infected during an early or later omicron wave.

Results showed about a 20-fold decrease in vaccine and single booster-generated antibodies that could neutralize BQ.1 and BQ.1.1 compared to neutralizing antibodies against the original (parent) SARS-CoV-2 virus. Similarly, neutralizing antibody levels (titers), generated by infection during the BA.1 omicron wave, were significantly lower against the BQ subvariants than against the parental virus, and antibody titers against the BQ subvariants generated by infection during the BA.4/5 wave did not reach the level of detection.

“Our results suggest that you cannot count on natural infection to protect against the currently circulating omicron subvariants,” said Liu, also associate director of Ohio State’s Center for Retrovirus Research and a program co-director of the Viruses and Emerging Pathogens Program in Ohio State’s Infectious Diseases Institute.

In this study, Ohio State collaborator and co-author Kai Xu created structural models of individual amino acids changed by the newest mutations on the spike protein, identifying a few key molecules that the subvariants have rearranged so they can block antibodies from binding to the viral particles. This modeling showed that one of these amino acids, called N460K, also enables the BQ.1 and BQ.1.1 particles to enter host cells more efficiently and force host cells to fuse together, a step in viral infection that can increase pathogenesis—which contributes to disease onset, progression to more severe symptoms, and disease transmissibility.

“From my perspective, this is cause for concern because the original omicron variant was not very pathogenic—it did not cause much cell fusion at all,” Liu said. “But we now see a trend with these new subvariants of increased cell fusion, and that trend puts the virus in a better position to cause infection and pathogenesis.”

But Liu has submitted a paper for publication about another subvariant called XBB, a recombinant variant created by the exchange of genetic material between two BA.2 omicron subvariants, that shows what he calls “extraordinary” resistance to neutralizing antibodies produced by vaccination and previous infection.

“This virus can do unexpected things,” he said. “We still have to do a good job of surveillance and keep our eye on these emerging variants of concern.”

Biden Adds Measles to List of Diseases That Could Require Quarantine