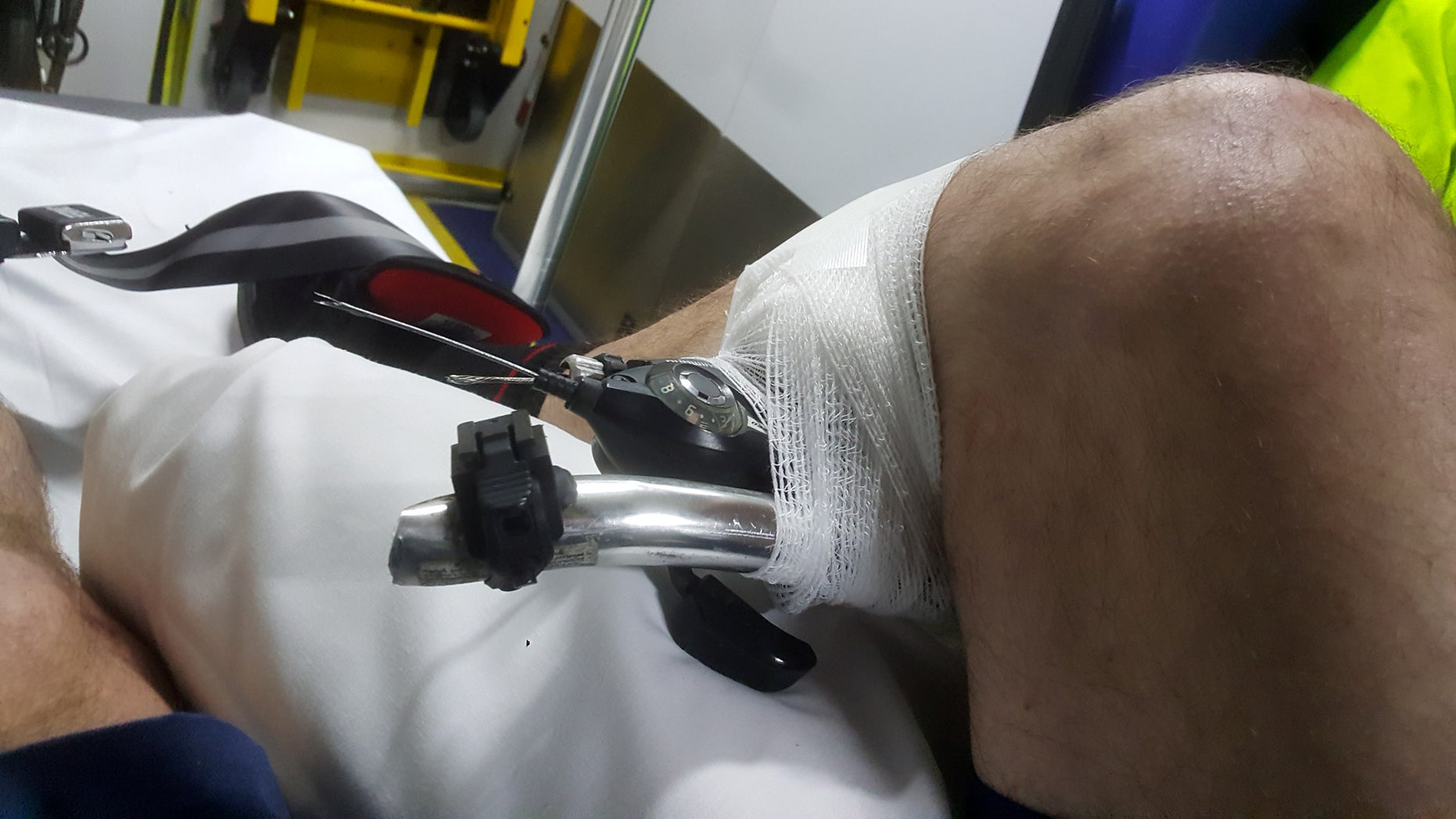 Dane Phillips suffered horrific injuries when he was impaled by his own handlebars in a freak crash.
(SWNS)

A cyclist suffered horrific injuries when he was impaled by his own handlebars in a freak crash.

Dane Phillips, 45, was pedaling to the shops when he was struck by a car which sent his mountain bike flying 10ft into the air.

When the bike landed the handlebars skewered his right leg leaving him agonizing pain.

BABY BORN WITH HEART OUTSIDE CHEST HEADS HOME AFTER 14 MONTHS

Rescue crews dashed to the scene in Hereford and firefighters used hydraulic cutting equipment to saw the handlebars off the bike. 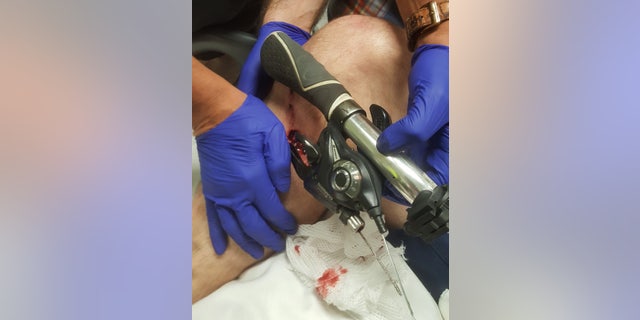 When the bike landed the handlebars skewered his right leg leaving him agonizing pain.
(SWNS)

Stomach-churning pictures show the handlebars embedded in Phillips’ leg as he was rushed to hospital on Jan. 28

Doctors managed to remove the metal from his leg and now Phillips is receiving physical therapy to regain the strength in the damaged limb.

TEXAS GIRL, 6, WITH TERMINAL CANCER GETS WISH TO BE POLICE CHIEF

Phillips, a maintenance technician at a local college, said: “I was on my way to Aldi and cycling the route I’d done a thousand times before when this car came out of nowhere." 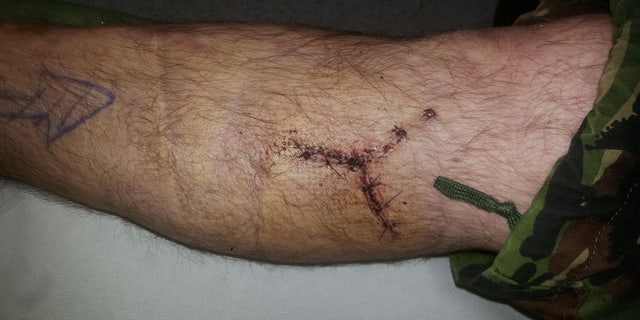 Doctors managed to remove the metal from his leg and he is now undergoing physical therapy to regain strength in his leg.
(SWNS)

“It all happened so fast, it clipped my front tire and the bike just flew up 10 feet in the air," he said. “I was lying on the ground and the bike landed on top of me with the handlebars through my leg.

"At first I didn't initially realize I had been hurt, and then I saw that the gear and brake levers on the handlebars were stuck deep in my leg," he said. “The handlebars had to be cut off my bike by firefighters using specialist equipment at the scene and then I was taken to hospital to have them removed from my leg."

"It was not a one-off, the narrow streets in Whitecross in Hereford are used as rat-runs by drivers looking to get in and out of the city," Phillips said. "It could have been a child that was hit. It was a big car and it could easily have been a fatal accident. I'd just like to raise awareness, in the hope that this doesn't happen to anyone else."

Signs It's Too Soon to Say 'I Love You' — Because, Yes, There Is Such Thing

Most Canadians Over Age 50 Willing to Get COVID-19 Vaccine

Maternal diet during pregnancy may modulate the risk of ADHD symptoms in children: Association found between omega-6:omega-3 ratio in the umbilical cord and the appearance of ADHD symptoms