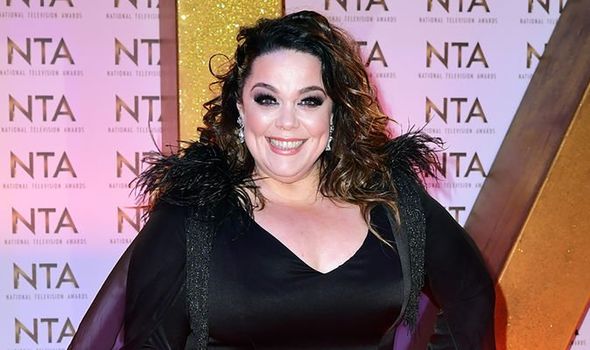 The actress said grief “doesn’t go away” as she talked of her struggle since Cath succumbed to cancer, aged just 58. And Lisa, 45, recalled a spectacular night in late 2012 when she opened a Wembley Arena Strictly Come Dancing show with a samba in Cath’s honour.

Cath had died in July that year, 12 years after she was diagnosed with stage-four breast cancer, which spread to other parts of her body.

The former You’ve Been Framed host said: “I’ve spent years trying to raise awareness of the impact of grief as it is something almost all of us will be affected by at some point.

“When my mum died, I didn’t want to do anything or see anyone. The phone is non-stop but you don’t want to relive it.

“You feel bad for not texting back but you just can’t face it. I still sometimes feel ‘Am I supposed to be over it? Are people looking at me thinking I’m a fool because I’m still in so much pain?’ I feel as if I’m being judged because of grief.

“Fundamentally, it doesn’t go away. You learn to live with it and people around you need to understand that.”

After her family gathered during her last hours, Cath had a memorably strong reaction to a Catholic priest who arrived to administer last rites, with Lisa remembering: “[Cath] looks up at the priest and she says: ‘What the **** are you doing here?’ She looked round and she said: ‘I feel like I’m in an episode of the Sopranos.’

A few months later, Lisa’s father and brother sat in the front row of the star’s Strictly show at Wembley alongside an empty chair reserved for Cath.

Lisa told new podcast Grief Kind, by charity Sue Ryder: “I’m not blowing smoke up my own bottom here, but I rocked Wembley.

“Bruce Forsyth, god rest his soul, he couldn’t speak for the reaction, the crowd. Everyone knew that night was dedicated to Cath, it was Cath’s night.”

Lisa urged people never to be scared to support a bereaved person, but added: “Don’t suffocate, that’s my biggest advice.”