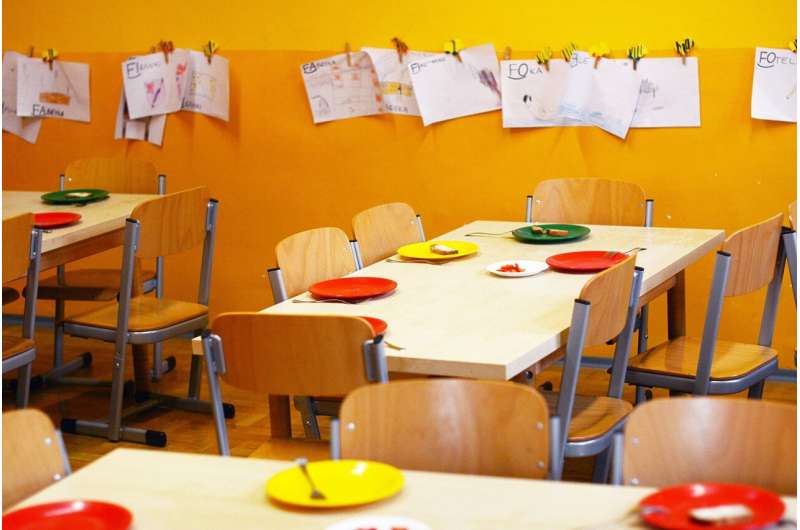 Women who received free meals in primary school have children with improved linear growth, according to a new study by researchers at the International Food Policy Research Institute (IFPRI).

India is home to the highest number of undernourished children and the largest school feeding program in the world—the Mid-Day Meal (MDM) scheme—yet long-term program benefits on nutrition are unknown. As school feeding programs target children outside the highest-return “first 1000-days” window spanning from conception until a child’s second birthday, they have not been a focal point in the global agenda to address stunting. School meals benefit education and nutrition in participants, but no studies have examined whether benefits carry over to their children.

“Findings from previous evaluations of India’s MDM scheme have shown a positive association with beneficiaries’ school attendance, learning achievement, hunger and protein-energy malnutrition, and resilience to health shocks such as drought—all of which may have carryover benefits to children born to mothers who participated in the program,” says study co-author, Harold Alderman.

The study found that investments made in school meals in previous decades were associated with improvements in future child linear growth. “Our findings suggest that intervening during the primary school years can make important contributions to reducing future child stunting, particularly given the cumulative exposure that is possible through school feeding programs,” explains study co-author Suman Chakrabarti.

Man wakes up from 11-month coma, as family weighs how to explain pandemic to him: report

‘Every week, I was downing seven bottles of wine’