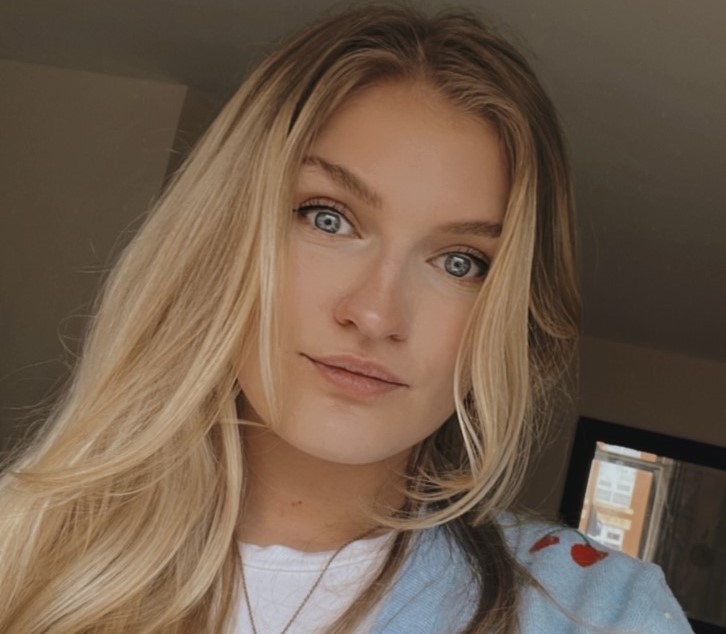 ‘I’m sure it has to be false positive,’ the nurse said reassuringly. I nodded nervously. Surely, she was right.

I was a 21-year-old straight girl, after all. I had only decided to get an at-home STI test to make sure my sexual health was in check.

But two weeks later, my life was turned upside down when the HIV test came back positive. I got a call from a clinic saying that I needed to come in for another HIV test, which confirmed the news.

It was a distressing time. I knew nothing about HIV – my only knowledge of it was when Ste was diagnosed in Hollyoaks. The one thing that kept me going was the thought that Ste got HIV ages ago and was still in the show. Maybe I’d be OK too?

The nurse who told me was so supportive. We spoke for two hours about what would happen next and the treatment process. Naively, I’d assumed I’d need a massive treatment plan, that I’d be in and out of the doctors all the time. But that wasn’t the case. My prescribed treatment was just one pill a day.

She gave me what felt like a thousand pamphlets and even her personal mobile number should I ever need to speak to someone.

HIV doesn’t give a damn if you’re gay, bi, straight – it can affect literally anyone. We all need to be educated

As soon as I left her, I called my mum and dad. The news completely shocked them. Thankfully, they were supportive immediately though, and set off to be by my side straight away; my mum spending the three-hour car journey on the phone to Terrence Higgins Trust’s helpline, THT Direct.

THT Direct gave my mum all the information she needed, including how to support me and the correct things to say to me. They also affirmed that people can live long and healthy lives with HIV. I felt incredibly lucky she was doing everything possible to understand my diagnosis.

At first, I struggled to cope and I couldn’t face telling my friends about my HIV status. Keeping it secret really took a toll on my mental health. I felt isolated and tried to make myself feel better by going out and getting drunk. One night, a boy tried it on with me and I completely broke down. I couldn’t cope on my own any longer.

When I opened up to them, thankfully, my friends didn’t react badly, but they didn’t know what to say either. None of us had ever thought HIV would hit our friendship group – a lot of them cried.

Now they’re fantastic, but they needed time to educate themselves on the realities of living with HIV in 2022 – the reality is, the stigma around the virus does more harm than the virus itself.

HIV is still a heavily misunderstood virus. Too many people’s comprehension of it is based on how it was in the 1980s, when HIV diagnosis was a death sentence. It isn’t like that now.

Some people think you can get HIV from kissing or just being around someone. There was a big uproar when people in my university found out about it because no one understood that just sitting next to me in a classroom didn’t put them at risk of getting HIV.

The data is saddening but not surprising. Dating isn’t always a smooth ride for me.

Once I went on a date with someone and after I told him I was living with HIV, he didn’t want to touch me because he was scared I was infectious. Another time, I told someone on our second date and they chased me down the street, calling me an ‘HIV slag’.

People don’t realise that I live a completely normal life. The only change is that now I take one pill a day, which reduces the level of HIV in my body to an undetectable level, meaning it’s impossible to pass the virus on to anyone else.

It’s even easier than taking the contraceptive pill. I get my medication posted to my house and set an alarm to remind myself to take it.

Every time I explain my treatment process to someone, they’re usually so shocked that they have to Google to check if what I’m saying is true.

It’s frustrating that something as big and fantastic as HIV treatment is still so unknown – not only is it one of the biggest successes of modern medicine, it is exceptional for people living with HIV.

Yet, there’s still a level of mistrust. Even though people on effective HIV treatment can’t pass on the virus, I hear people say – ‘what if?’ But there’s no way that HIV organisations and doctors would share that message if there was any doubt of its effectiveness.

People worry about getting intimate with someone who has HIV but I’m one of the safest people to have sex with. I get tested all the time and know that I cannot pass on HIV.

I don’t want to associate with people who don’t try to understand. If someone wants to discriminate against me for my HIV status, I deserve better anyway.

It took me years to adopt this mindset. I’m now 25 years old and only recently have felt ready to be completely open about my status.

Last year on World AIDS Day, I filmed a video, telling my story and setting the record straight on what it means to live with HIV.

I was supposed to publish it that same day but was too terrified. Instead, it wasn’t until I was drunk that I finally was brave enough to post it on Facebook. The response was so fantastic, I ended up putting it on YouTube too.

Honestly, I thought people were going to be horrible, but other than my previous sexual partners asking if they needed to get tested, the reaction has been overwhelmingly positive.

Since posting, the video has had over 40,000 views and comments from people all over the world.

A year on, I’m really proud of sharing my experience – the perspective of young straight women living with HIV is often erased.

People still assume HIV is a ‘gay disease’. Once, I gave a talk at a school with a friend who is gay to raise awareness of HIV and everyone thought I was his assistant. They didn’t realise we were both there to speak.

It’s vital people remember that HIV doesn’t give a damn if you’re gay, bi, straight – it can affect literally anyone. We all need to be educated.

The biggest advice I can give to allies is to be kind and considerate this World AIDS Day. Unless you’re someone living with HIV, you can’t imagine just how petrifying it is to be open about your status.

By normalising conversations about HIV and spreading the word about the progress we’ve made, we can create a safe space for people to talk openly about what it’s like to live with HIV and eradicate its stigma for good.

If you’re concerned about HIV, Terrence Higgins Trust runs a free and confidential helpline called THT direct. Call 0808 802 1221 between 10am and 6pm, Monday to Friday.

Heatstroke: The ‘first’ signs to spot as MET issues warning for extreme heat

In a chatty world, losing your speech can be alienating