Early one Saturday, I headed to a "sugar detox" seminar at my gym. I didn't expect it to be a hot ticket, but when I opened the classroom door every seat was taken.

One was filled by "Grandma Teresa," as she introduced herself, who had brought along her two granddaughters, ages 11 and 13, because "sugar is really bad and I want them to learn as much as they can when they are still young." The other participants, all women from their 30s to 70s, said they wanted to curb their sugar intake for a variety of reasons – to ease a health struggle; to lose weight; or to reduce their risk of diabetes, heart disease, cancer and dementia. 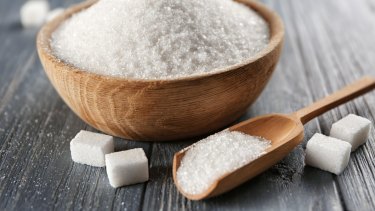 ‘Here’s the part that blew my mind: I started to lose weight. I’ve cinched in my belt a notch.’Credit:SHUTTERSTOCK

I was there on doctor's orders. He had advised a sugar detox for me to lose visceral fat – the internal kind that accumulates around the organs and drives hunger, overeating, weight gain, muscle loss and brain damage.

It can also cause fatty liver disease, increase the cholesterol that causes heart disease and increase inflammation, which Mark Hyman, the medical director of the Cleveland Clinic's Center for Functional Medicine, said "affects a whole range of diseases from cancer to heart disease, diabetes and Alzheimer's."

For instance, a recent study found that consuming sugary drinks, including soda and fruit juice, may "significantly" increase your risk of developing cancer, especially of the breast.

My answers mirrored those of my classmates: No clue. All day long, especially in the evening (or any time I felt lonely, angry or deserving of a treat). And because I like it. I learned that the average American consumes nearly152 pounds of sugar annually, or 22 teaspoons a day. The typical kid in the United States eats a horrifying 34 teaspoons daily. (The American Heart Association recommends no more than six teaspoons a day for women and children, nine for men.)

Sugar is everywhere: It's in cereal and skim milk, bread, salad dressings, wine, white potatoes, pasta and pizza – not to mention desserts.

Seethaler sent us away with homework: Seek out and record the sugars in our diets. I had thought I'd been eating pretty healthfully, but my journal quickly told me otherwise. This surprise was what Seethaler intended.

Some products already show an "added sugar" line item in the Nutrition Facts Panel on their label, and by 2021 all food makers will be required to include it. Until then, Jessica Levinson, a New York City-based nutritionist in private practice, tells her clients to read food labels and "know the various terms for sugar, which include agave nectar, brown rice syrup, and fruit juice concentrate," in addition to the ubiquitous high-fructose corn syrup.

Hyman, who has written The Blood Sugar Solution 10-Day Detox Diet, says his intent is to "completely obliterate the idea" that all calories are the same, that there's no difference between 100 calories of Coca-Cola or cauliflower.

"Calories in, calories out," he says, "is a completely disproven hypothesis."

You want people to experience their hunger, their behavior, their mood, their energy, their chronic symptoms if they stop [consuming] sugar.

All this is to say that cauliflower is better for you than Coke.

Hyman advocates a cold-turkey approach to his patients.

"You want people to experience their hunger, their behavior, their mood, their energy [and] their chronic symptoms if they stop [consuming] sugar and starch for a week or two weeks or three weeks," he said by phone. (Starch, which is found in potatoes, corn, rice and many grains, converts to sugar when consumed.) Our biochemistry, he says, not will power, drives our cravings and hunger patterns. It's not a "moral failing that we can't control our diet."

As I started my detox, Hyman advised me to add "a lot of fat, because fat makes you feel full [and] speeds your metabolism," which I didn't know. Then came a second revelation: "Fat actually helps you burn fat," he explained, destroying many of the myths I'd grown up with.

I'd been avoiding high-fat foods like the plague because as everyone "knew," fat makes you fat.

Not so, said Hyman. "Fat doesn't make you fat. Sugar makes you fat."

Fat, he says, "increases muscle mass and decreases inflammation – if it's the right fat" – by that he includes coconut butter, MCT oil (or medium-chain triglycerides), extra-virgin cold-pressed olive oil, and those found in wild fatty fish such as salmon and sardines, nuts and avocados. (See his complete list.)

Hyman points to a recent study in Nature that found that those on an unrestricted high-fat (low carb) diet lost more weight, had better control of their blood sugar, lower triglyercides and better HDL (the good cholesterol).

For the first several days, frankly, my detoxing was hell. Making certain foods forbidden made me want them more.

For the first several days, frankly, my detoxing was hell. Making certain foods forbidden made me want them more. Ice cream. Pasta. Chocolate. Even wine, which contains a fair amount of sugar. My cravings were intense and seemed never-ending, and if I cheated I felt like a loser. I was irritable and moody – and, yes, as is often the case, constipated.

But by day five the cravings had subsided. I'd stopped eating bread, because even whole wheat bread, Hyman explained, converts more quickly to glucose, or blood sugar, than table sugar. (The exception – whole grain breads – such as those made from wheat berry, whole barley and whole grain oats.)

But here's the part that blew my mind: I started to lose weight. Before the detox I weighed 75.3 kilos Twelve weeks later, I hit a new low adult weight: 70.3. I've cinched in my belt a notch. My bloodwork looks much better (my triglycerides dropped by half in six weeks). And as my belly fat has reduced, I do feel better and more energetic. Later this month I'll see what my HDL and LDL numbers look like. Fingers crossed.

Seethaler and Hyman both talk about sugar as addictive, which is why it's so hard to kick. Sugar, Hyman says, "actually causes us to stimulate the same brain area that causes addiction for heroin and cocaine." That's why he advocates a cold-turkey sugar detox.

Levinson, the nutritionist, prefers starting with small changes. She suggests clients "work on reducing sugars one meal at a time and make sure to have healthier alternatives that will actually satisfy cravings." Levinson advocates for moderation and reminds me of the adage, "It's the dose that makes the poison."

I'm now in my fourth month of a modified detox – I don't want to live without wine or some sweets (I eat three 1inch squared pieces of very dark chocolate a day). I know I can't avoid all added sugars, no matter how vigilant I may be.

Sugar detoxing is not easy, especially when visiting friends. On a recent weekend, my hosts made five delicious pizzas, each with a white-flour crust that when eaten quickly converts to blood sugar. I decided to indulge for that evening, remembering that tomorrow was another day. I wish I'd had a Grandma Teresa to start me earlier, but I'm glad to be on the detox bandwagon now.

The big question: How long will I stay on it? Stay tuned.

A 10 minute full body workout to squeeze into your day 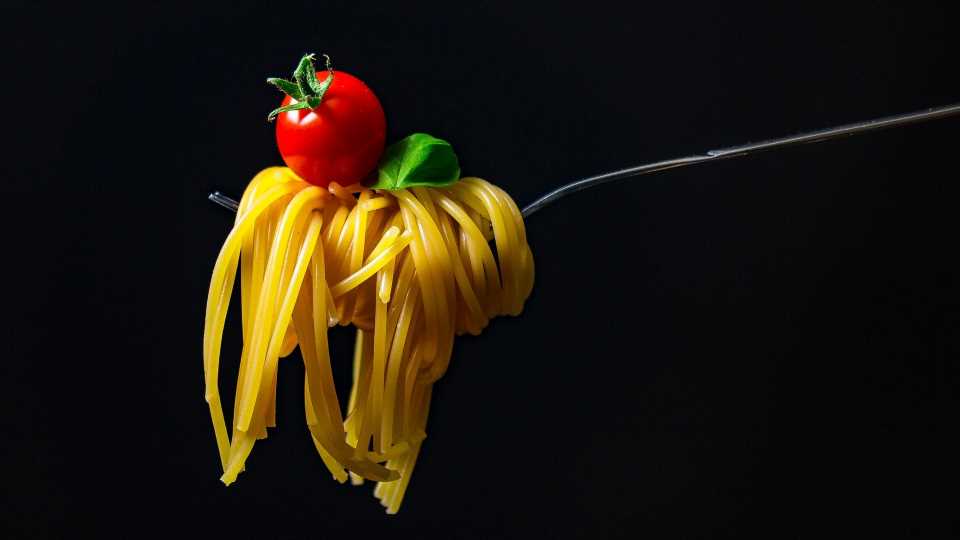 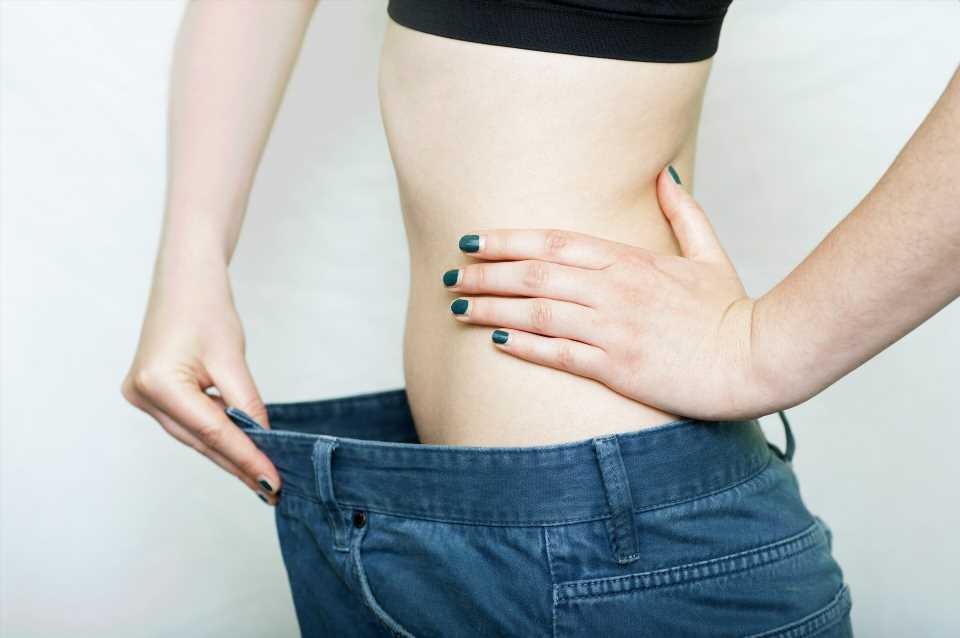