I’d had breast cysts before, so I wasn’t worried about another round lump that appeared in my left breast when I was 40.

The first time I’d felt one was in 2008, just after my husband proposed. The next I found was in June 2014 in the right breast, then another in the left breast in December of that year.

I was in the shower when I felt them – smooth, round lumps that felt like classic cysts – and they were.

The mammogram results came back as normal and an ultrasound showed that my breasts had lots of small cysts, common in women in their late thirties and forties.

Then six months later, I noticed another lump while I was getting dressed – at the edge of my cleavage.

I swear it had appeared overnight. It felt like another cyst, and as a consultant breast surgeon, I wasn’t worried. It was my mum who made me go and get it checked out.

I had told her about the first cyst only after I’d had the mammogram and she was sad that I hadn’t told her earlier. In my mind, I just didn’t want to worry her. But I took her feelings on board, and this time when I found another, I told her.

I was seen by the female surgeon who had trained me, and was also a good friend, in the hospital where my husband works. 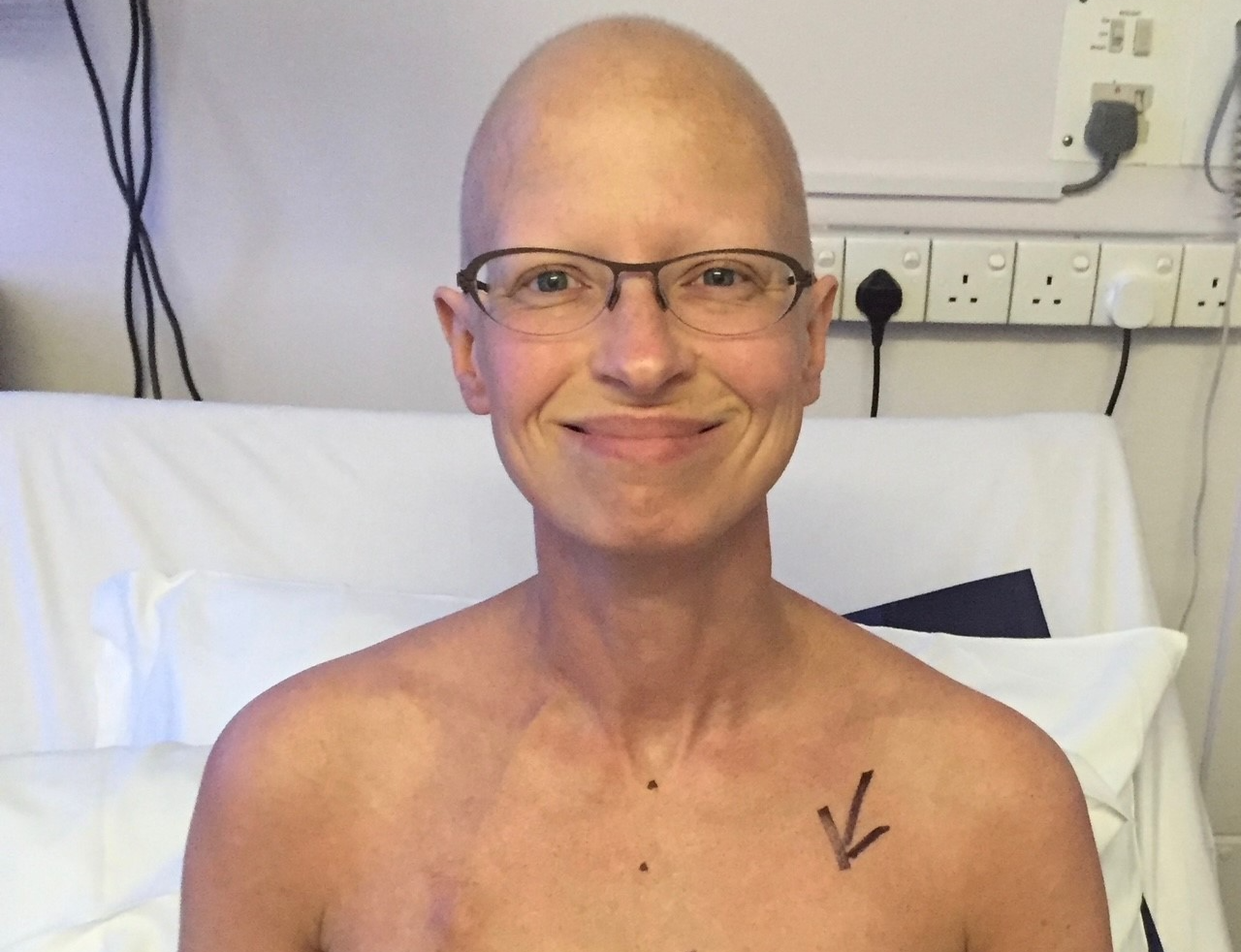 The mammogram was normal. So I had an ultrasound and was curious to know what the cyst looked like – as I did ultrasounds on my own patients.

The radiologist put the probe on my breast and we both looked at the screen. I could see an obvious cancer. I didn’t need to wait for a biopsy.

A harmless lump, like a cyst, has a clear border on an ultrasound. Cancers have an irregular outline and cast a shadow. That was what my lump looked like.

I felt sick to my stomach. The reality dawned on me and I went into practical mode. I asked her if she was going to do a biopsy. She said yes, confirming my suspicions.

I started chemo within a week, to be followed by a mastectomy and radiotherapy.

I had been a consultant breast surgeon for two years and had spent six years before that looking after cancer patients. Although the oncologists prescribed chemo and looked after patients, in my job, I’d be the one to tell ladies that they needed chemotherapy.

After so many years in the profession, I thought I knew what chemo would be like and what breast cancer patients went through, but I was clueless. 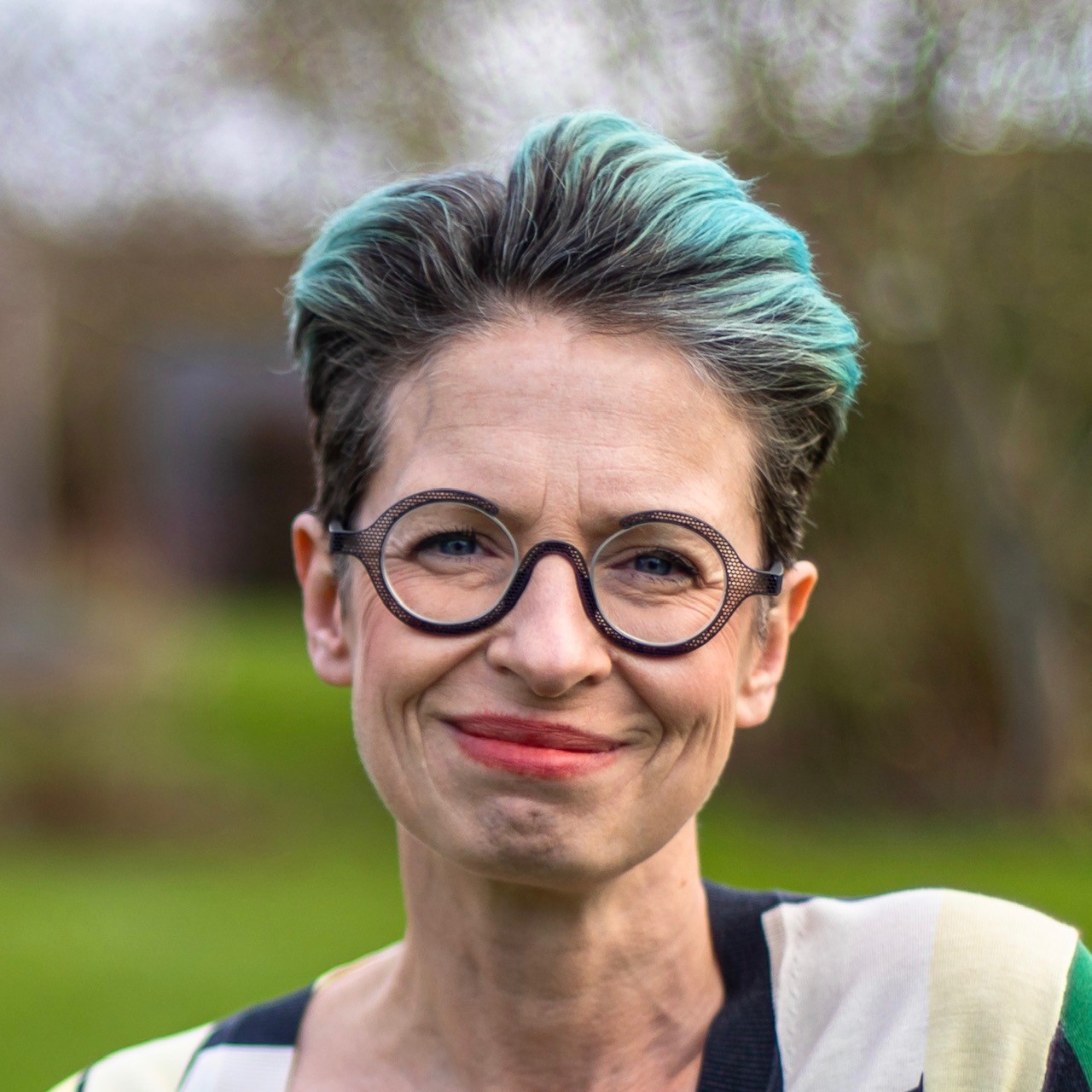 I didn’t ask and they didn’t tell me. I only saw them on their good weeks before the next cycle would start.

I didn’t realise you lost all your body hair, not just the hair on your head – free Hollywood on the NHS. The constipation, crying on the toilet with bleeding piles and stomach cramps.

The brain fog, the crippling pain and headaches, my husband feeling useless because he couldn’t make me better. I didn’t forsee how hard it is to decide what my breasts mean to me.

It was very hard being on the other side of this process and learning how to be a patient. My surgeon was a friend, a mentor. We had to stop being friends as it is very hard to operate on someone you know.

I tried to tell her where to put the scar, what sutures to use and she had to tell me to stop and let her do her job. I was still trying to stay in control. The operating team were all women I had worked with in that hospital and it was emotional for all of us.

My treatment lasted nine months in total. That includes chemo, a mastectomy, implant reconstruction, the removal of my lymph nodes, and three weeks of radiotherapy.

I went into an instant menopause thanks to chemo and tamoxifen – night sweats mean a cuddle with my husband lasted seconds until I got sticky and hot. Vaginal dryness meant that sex was painful. Oestrogen is a natural lubricant and I didn’t have any.

I also lost my sex drive overnight. I felt so much guilt over how cancer was affecting my marriage. I even told my husband to leave me and marry someone with two breasts and a libido.

When my cancer came back and I had to have the implant removed it was incredibly hard to look at my scar in the mirror. I never looked below the neck. It took three months before I felt comfortable getting undressed in front of my husband.

Mentally I found the fear of recurrence so hard. Having looked after women who have died of breast cancer, I couldn’t get rid of that knowledge. There was so much to contend with.

Learning to deal with ‘scanxiety’ every time I got called for a mammogram. Dealing with the fact that good news is an anti-climax because I had geared myself up for the worst. Getting flashbacks every time I walk along the hospital corridor for a clinic appointment and unbearable guilt when a friend dies but I am still alive.

Everyone asked me what they could do to help, and I had no idea. I’d never had cancer before. I found though, the best thing people could do was to stay in touch, with no expectation of a reply.

Often, I wouldn’t have the energy during chemo. My uncle who lives far away sent me a card every Friday just telling me about the birds in his garden. Friends texted me to say hi, just letting me know they were thinking about me.

Cancer was the only thing anyone wanted to talk to me about, but I was desperate to talk about normal things.

A neighbour brought food round and offered to walk the dog. My husband and I learned to batch cook in my good weeks so it would be easier for him to cope when I was ill.

I learnt I had to look after myself too. I took a 30 minute walk every day, even during chemotherapy and I bought the Royal Marsden Cancer Cookbook, which had amazing ideas about what to eat when my sense of taste had all but gone.

My favourite recipe was salmon with soy sauce and soba noodles – I could taste the soy and it didn’t hurt my mouth, and the noodles were soft and didn’t hurt my gums.

Social media was also helpful – to a point. I had so many tips and made so many friends that literally kept me going, but whenever someone died, I learned to take a break. The guilt I feel that I’m alive and they’re not, of the fear of reading about the end of someone’s life and thinking it could be yours can be very hard to deal with.

Then I faced new challenges. The struggles about returning to work and not realising I was now legally disabled.

I was terrified about going back to work – could I do it? Ethically, should I do it? But I also knew that I would be able to help my patients in so many ways with my inside knowledge. The challenge was how to do that without telling them I had been in their shoes.

I was exhausted after a couple of hours. For the last year I had only had to think about myself – with chemobrain and the menopausal fog, and now I had to make decisions that could affect someone’s life.

I ended up shadowing the breast unit at a local hospital for six months so they could check that I was capable of being a breast surgeon again. It was awful seeing someone hear that they had cancer. I had awful flashbacks and realised that’s how I must have looked when I found out.

How should you check your breasts for lumps or irregularities?

Discussing the importance of being breast aware, Addie Mitchell, Clinical Nurse Specialist at Breast Cancer Now, wants women to know there is no right or wrong way to check your breasts.

‘It’s about looking and feeling regularly so any changes can be spotted quickly,’ she said. ‘The sooner breast cancer is diagnosed, the more effective treatment may be.

‘Whatever your age, being aware of all the signs and symptoms of breast cancer is crucial – it’s not just a lump to look out for. Other changes could be a nipple becoming inverted or a change in texture of the skin.

‘While most symptoms won’t mean breast cancer, if you notice anything unusual for you get it checked out by your GP.

‘Anyone with questions can call Breast Cancer Now’s nurses free on 0808 800 6000 or visit breastcancernow.org.uk.’

It was almost a relief when my cancer came back and the side effects of surgery meant I couldn’t operate anymore.

I had to reinvent myself and find a new way to help people.

I started a blog and discovered that I could explain what breast cancer treatment was like, but it was also picked up by doctors and nurses who were learning through me.

That led to me co-authoring a book to help patients answer the huge range of questions that I had and couldn’t find the answers to – not just treatment but diet, exercise, mental health, sex and recurrence.

I’ve just crowdfunded my memoir of my life as a female surgeon in a man’s world, dealing with depression and cancer and moving on – which will be out next year – it’s another way of helping people cope when the s**t hits the fan.

Living with the chronic pain, the new grey hair, the scars and damaged body image – the list goes on.

In time, I’ve realised that it’s out of my hands. My cancer will either come back or it won’t. Nothing is 100% certain. So I now try to live my life normally and put that worry to the back of my mind.

Life goes on. Being able to help others through it all is my silver lining.

Metro.co.uk’s weekly The Truth Is… series seeks to explore anything and everything when it comes to life’s unspoken truths and long-held secrets. Contributors will challenge popular misconceptions on a topic close to their hearts, confess to a deeply personal secret, or reveal their wisdom from experience – good and bad – when it comes to romance or family relationships.