Exercising regularly provides palpable health benefits, namely because it offers protection against harmful mechanisms that can trigger life-threatening complications, such as heart disease. The need to exercise therefore becomes even more salient in later life, when the body is more vulnerable to a deadly health conditions. The trouble is, finding an exercise that motivates you and can be maintained as you get older often presents a stumbling block.

A new study conducted by researchers at the Zeenat Qureshi Stroke Institute suggests there is a viable solution to this problem, however.

According to the preliminary research, playing golf at least once a month can lower adults’ risk of premature death.

To confirm the hypothesis, researchers explored whether playing golf correlated with a reduced risk of heart attack, stroke and/or death among senior adults.

The researchers analysed data from the Cardiovascular Health Study, a study of risk factors for heart disease and stroke in adults 65 or older. 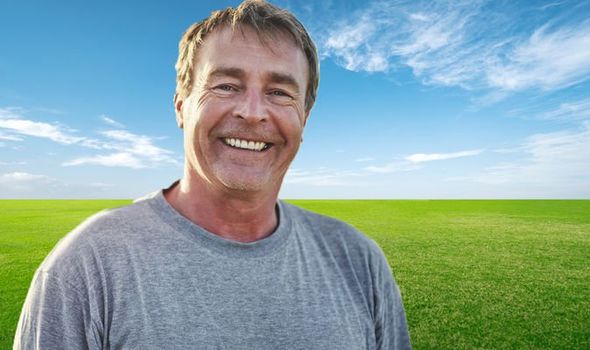 From 1989 to 1999, participants had yearly clinical exams and visits every six months.

Once the visits ended, participants were contacted to determine whether they’d had a heart attack or stroke.

Some 384 people out of nearly 5,900 participants regularly played golf, which the study defined as playing it at least once per month.

In the follow-up period, there was no difference in the rates of heart attack or stroke among regular golf players, so golfing wasn’t found to be a protective factor against stroke and heart attack incident specifically.

DON’T MISS
How to live longer: Do this much exercise each week to increase your life expectancy [TIPS]
Vitamin D deficiency symptoms: The sign in your hair you could lack the ‘sunshine vitamin’ [INSIGHT]
Parkinson’s disease symptoms: The sign on your skin that could signal the condition [INSIGHT]

However, when comparing death rates among golfers and non-golfers, researchers found that golfers had a more than eight percent lower death rate (from all causes) than non-golfers.

Why should senior adults opt for gold to increase longevity?

“The intensity level of the activity is such that it can be maintained for a longer period of time, and it’s something that maintains the interest of the individuals so people can continue it on a regular basis,” said Dr. Adnan Qureshi, the study’s lead author and neurology professor at the University of Missouri.

He continued: “Due to its social nature and controlled pace, people often maintain motivation and the ability to continue playing the sport even in older age and after suffering a heart attack or stroke.

“While walking and low intensity jogging may be comparable exercise, they lack the competitive excitement of golf. Regular exercise, exposure to a less polluted environment and social interactions provided by golf are all positive for health.” 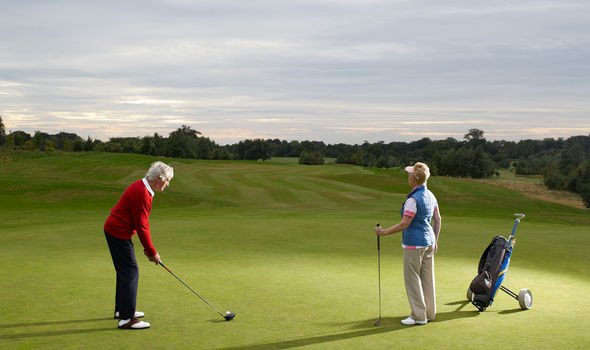 The health benefits of light intensity exercise in older age has been echoed in previous studies.

One study published in the British Journal of Sports Medicine found that participants who engaged in just 30 minutes of light exercise a day saw a 17 percent reduced risk of mortality.

Commenting on the observational study, study author Dr Barbara Jefferis, of University College London, said: “The results suggest that all activities, however modest, are beneficial. 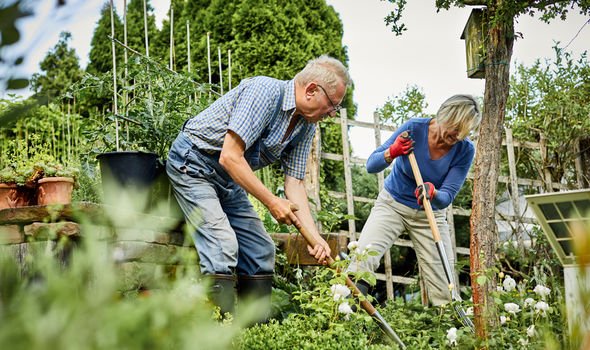 She added: “Furthermore, the pattern of accumulation of physical activity did not appear to alter the associations with mortality, suggesting that it would be beneficial to encourage older men to be active irrespective of bouts.”

Other tips to boost your life expectancy

As a general rule, following a heart-healthy diet can protect against harmful mechanisms such as high blood pressure and cholesterol – factors that can lead to heart complications.

To achieve this, the NHS recommends following a low-fat, high-fibre diet, which should include plenty of fresh fruit and vegetables (five portions a day) and whole grains.

“You should limit the amount of salt you eat to no more than six grams (0.2oz) a day as too much salt will increase your blood pressure. six grams of salt is about one teaspoonful,” adds the NHS.

What Causes Vaginal Sweat & Odor During a Workout?