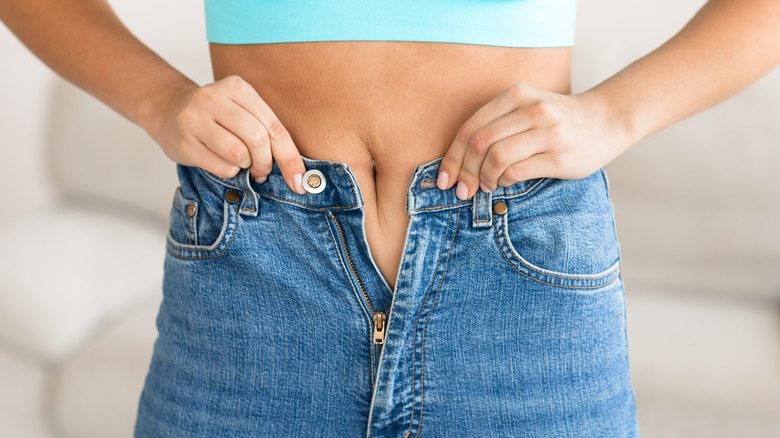 If you’ve ever hit the gym to start up a new exercise plan, you might notice that there are some areas where pockets of fat can stubbornly stick despite your best efforts. As frustrating as it can be, there’s one fat-busting beauty treatment that doesn’t involve invasive methods like going under the knife. Enter CoolSculpting, a way to reduce fat that uses a cryolipolysis device to freeze it off without harming the surrounding tissue (via Web MD). The device consists of an applicator that cools the skin down to a temperature that destroys the fat.

Per Healthline, a provider uses the device to tug at the fat, similar to a vacuum. As a result, CoolSculpting can help hone in on tackling fat in specific areas, since spot reducing from exercise doesn’t work (via Cosmetic Skin & Laser Center Michigan). Interested in giving CoolSculpting a try? Keep reading to find out how many treatments it takes to freeze away fat cells. 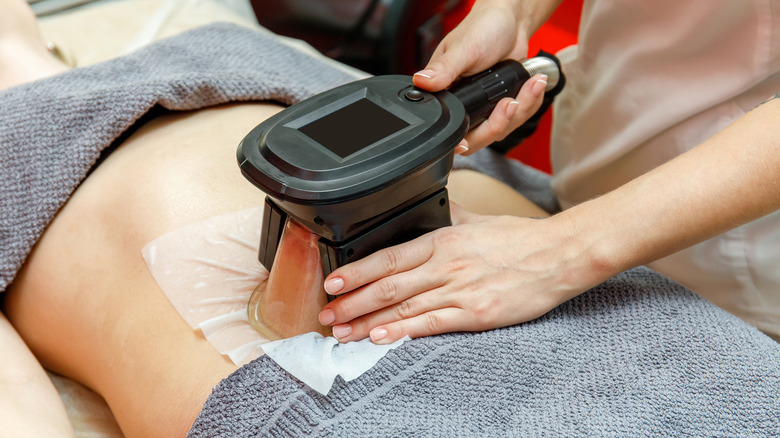 The number of CoolSculpting treatments required really depends on what your individual goals are. According to Allure Laser & Med Spa, small areas like the arms or chin can see results in as little as one treatment. However, if an area is larger and has more fat, such as the abdomen or thighs, it can take two or three treatments. To see even more results, a follow-up visit can be scheduled after a few months (via Healthline).

It’s also important to note that CoolSculpting won’t help you in achieving weight loss. It’s strictly a way to reduce fat, and even then, it won’t completely remove all of it or tighten loose skin (via Medical News Today). In addition, to get the best results, you should follow a healthy diet by eating nutritious foods like lean protein and whole grains, and steer clear of junk food, explains the Gladstone Clinic. Additionally, the clinic recommends exercise to keep the fat at bay to make the changes as noticeable as possible. 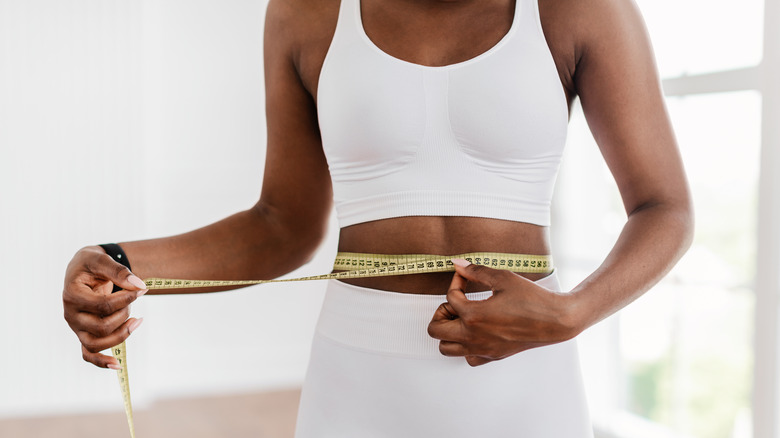 As plastic surgeon Jason Roostaeian points out in an interview with Vogue, results are mild and won’t necessarily translate to changes on the scale, but your clothes may fit better as patients can see up to a 25% fat reduction. Roostaeian also notes that the outcome may not show up until four weeks after the treatment, and the most noticeable fat loss can be seen at eight weeks. Since it’s a non-invasive procedure, an analysis by the Aesthetic Surgery Journal found that out of 1,445 people, only 1% had complications, including swelling at the site and decreased sensation.

Those who undergo CoolSculpting can typically expect limited downtime after the procedure. Still, as one Shape writer notes, in some cases, residual nerve pain and soreness may stick around for a while, making it tricky to get to the gym. In that instance, it’s best to space out the treatments or set up an appointment weeks before a big event (via Peachtree Dermatology). While it’s amazing to embrace your body no matter what, it’s nice to know that if you want to try out a minimally invasive treatment, there are options out there like CoolSculpting to freeze the fat away.

Getting a flu vaccine this year is critical, top health officials say