How being TOO KIND can lead to emotional burnout! Two twins with contrasting lives reveal the secret torment faced by millions of women

The day my sister Amelia ended up in hospital, fearing she was going to die, began like any other. The alarm went off at 6.30am and, after wolfing down breakfast, she ran out of the door to get to work by 8am.

Aged 32 at the time and an assistant music professor at a US university, her ten-hour day of teaching involved no lunch break – instead she crammed in revision for her upcoming doctorate exam.

After a takeaway dinner, evening concert rehearsals and a brief conversation with her husband about their weekend break with his three teenage children, she finally fell into bed, exhausted. Lying in the dark, her mind whirred. And two hours into her sleeping-pill induced slumber, Amelia woke in excruciating pain. Sharp jolts of agony pierced her abdomen, leaving her breathless and panicked. 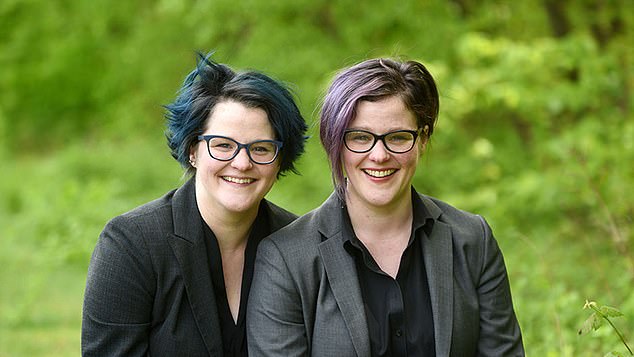 Twins Emily and Amelia Nagoski, pictured, are identical twins, but Emily, left, has never spent a day in hospital, while her sister Amelia, right, has been plagued by health problems

She was rushed to hospital where doctors discovered her white blood cell count was five times higher than it should be – a sign the immune system was under incredible strain. She was in hospital for four days. But tests revealed nothing further and she was sent home.

Yet a year later, she was back in hospital, this time with a catalogue of ailments including back pain, asthma, severe depression and a sudden bout of acute appendicitis.

I am Amelia’s identical twin and am always a picture of health. At 41, I have never been in hospital. So why was Amelia’s body broken and mine in mint condition? As a health educator and biologist, armed with decades of scientific research, I believe I have the answer.

It lies in a phenomenon called ‘burnout’ which affects half a million Britons every year with victims mostly women and 40 per cent more likely to suffer, not because of any fundamental biological differences between the sexes but because of the way male and female roles in society have evolved. 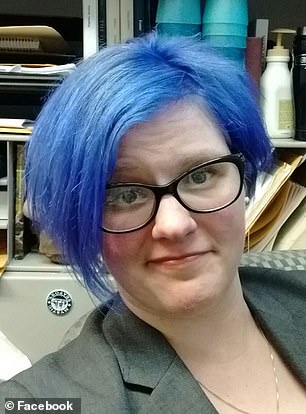 Aside from the sense of helplessness, the physical repercussions of burnout can be catastrophic. The increased release of stress hormones leads to chronic high blood pressure, putting excess strain on the heart. Immune system functioning, tissue repair and the digestive system are all ‘paused’, increasing the risk of fatal infections.

It’s my belief that Amelia’s ‘cascade’ of damaging symptoms was due to the emotional workload she was dealing with day after day.

Our research revealed burnout is not just linked to increased risk of psychiatric disorders – such as anxiety and depression – but may be the reason why thousands of women end up in hospital with physical issues ranging from chronic pain and digestive problems to infertility and migraines. It could even pre-dispose sufferers to dangerous infections such as appendicitis – as it did with Amelia.

Burnout dampens down the immune system, allowing infections that would normally be snuffed out to thrive.

A Dutch study found those with burnout were up to four times more likely to suffer gastroenteritis – an inflamed gut due to bacterial or viral infection.

You get stuck in a non-stop stress cycle

Do you have human giver syndrome?

One of the major factors behind the epidemic in female burnout is the curse of ‘Human Giver Syndrome’. The affliction, suffered by millions of women, is rooted in the belief that a person must prioritise the needs of others and shield them from negative emotions. If you answer yes to two or more of these questions, you could be suffering, too…

1. Do you believe you have a moral obligation to your partner, family or the world to be happy, calm, generous and attentive to others?

2. Do you think that failing to put others first makes you a failure as a person?

3. Do you feel guilty about showing ambition?

4. Do you regard confident women as ‘bossy’?

5. Do you see all of the above as normal?

Burnout happens when the body and brain are in a biological state of stress for a prolonged period of time, as was the case with Amelia.

The purpose of the brain’s stress centre is to arm us with the physiological tools to escape or fight when faced with the threat of death. Usually, the body performs this function perfectly well.

The problem is that such an extreme response is triggered by what we perceive to be a threat. Millennia ago, these were indeed life-threatening (a hungry lion, for instance), but nowadays a perceived threat is more likely to be an angry boss, or a mountain of bills. Our body leaps to the same physical reaction. The hormone adrenaline pushes blood into our muscles and to our vital organs, enabling us to run faster and fight fiercer. Endorphins are released to reduce pain sensitivity and blood rushes to our brain, making us alert and hyper-vigilant. Systems that aren’t a priority – immune, digestive and reproductive – are suppressed.

The human body is only designed to function in this state temporarily. In the past, on escaping the lion, we took a relaxing sigh of relief, grateful to be alive. The natural cycle of stress was completed.

But what happens when the lion re-emerges every morning at your office? We become stuck, mid-cycle. The body and brain remains locked in a state of terror. Day in, day out.

Women put others before themselves

The main difference between Amelia and myself – and a key factor in her burnout – lies in what I call ‘human giver syndrome’ where someone keeps giving to others (in terms of time, emotional support and care) but expects nothing in return. As a result, they end up stuck in the middle of the stress cycle, physically and emotionally, before they burn out of steam, leading to the cascade of physical repercussions. 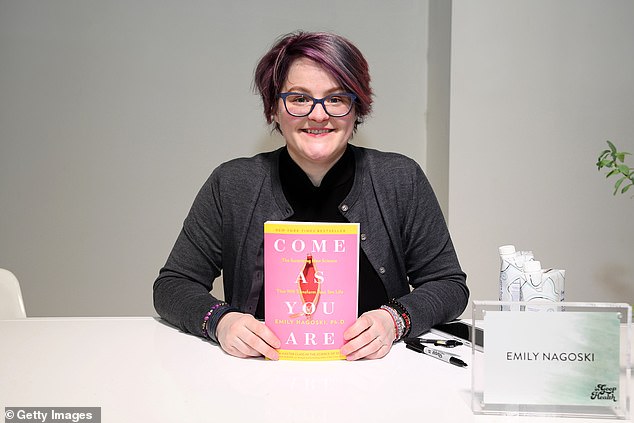 According to Emily, pictured, the main difference between her and her sister is that Amelia has ‘human giver syndrome’ and will keep giving to others without expecting anything in return

Our research found thousands of women fell victim to this ill, believing they must keep their negative emotions to themselves in a bid to improve the lives of others.

It happens because girls are raised to be calm, attentive and helpful to others at all times, but boys, less so. Recent Canadian research found the female tendency to allow others to take the spotlight led to missed work opportunities and catastrophic physical consequences – including heart disease and immune problems.

From a young age, Amelia – like most women – was a ‘people pleaser’, hiding her anger or misery so not to upset others. I was seen as different to other girls for my unwillingness to fit in. Oddly, the unique traits that made me feel odd as a teenager may, at some point, save my life.

Sometimes we must look after ourselves

Nobody has a limitless capacity to care for others, without it having a detrimental effect on their wellbeing.

When we experience stress on behalf of other people, we dismiss it as ‘irrational’ and are unlikely to grant ourselves the time to deal with the emotional fall-out. 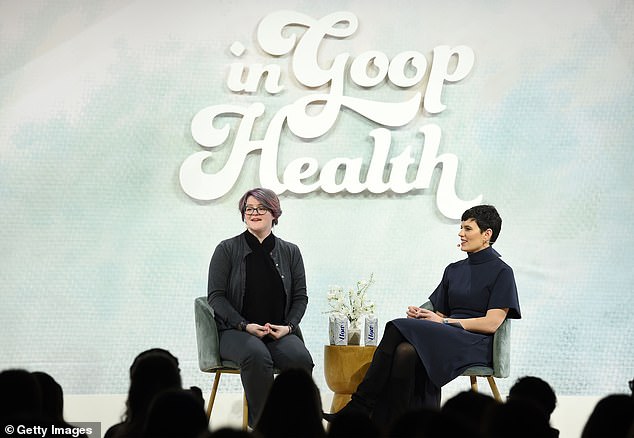 According to Emily, left, half of all doctors and nurses suffer from ‘compassion fatigue’

This creates stress overload in the emotion centres of the brain that reduces empathy, something psychologists call ‘compassion fatigue’, a precursor to burnout.

Studies suggest half of all nurses and doctors exhibit troubling signs of compassion fatigue and those affected have higher incidences of alcoholism, drug dependency, headaches and high blood pressure.

For Amelia, the emotional turmoil of her stepchildrens’ teenage traumas coupled with caring for sick relatives and friends sent her into a spiral of mental distress.

In psychology, there is a recognised syndrome called the ‘good girl complex’. Just as girls are raised to put others first, they’re told to be nice and happy, too.

Research shows girls are more adept at recognising others’ emotions but worse than males at expressing the negative ones.

Men, on the other hand, are far more likely than women to respond to affliction with anger or aggression. This puts women at a disadvantage as angry outbursts act as quick, effective way of completing the stress cycle.

Instead, many women are walking around with decades of incomplete stress response cycles simmering away in our chemistry. 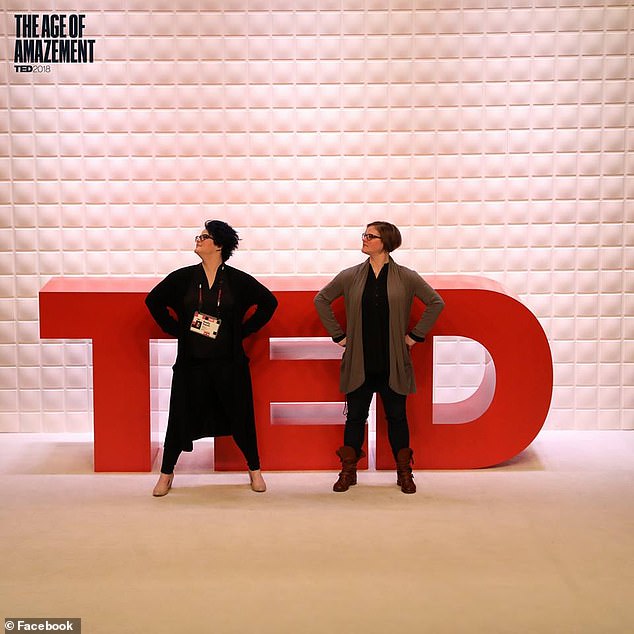 Emily and Amelia, pictured, have both written a book on their experiences

We need more sleep but can’t switch it off

But women are 50 per cent more likely than men to suffer insomnia and have a 20 per cent increased risk of sleep disorders.

After years of practising activities such as meditation, exercise and time off work, Amelia has seen her physical health improve. She’s healthier, saner and happier than she was in her 20s.

Use our science-based tricks that helped her and you could be, too.

How to beat the burnout epidemic

Do exercises… in your BED

The most efficient way to complete the stress response cycle is physical activity. Anything that moves your body enough to get you breathing deeply for about 20 minutes daily will do.

Try sitting in a chair, or in bed, and repeatedly tensing all your muscles for 20 seconds, then shaking it out with a big exhale.

Humans use their social connections with others to regulate emotions, and this applies not to friends, colleagues and family but strangers, too. Studies show that people who have engaged in a casual chat with fellow train passengers feel happier and healthier throughout the day, compared to silent commuters.

Watching the characters in a schmaltzy film experience difficult emotions helps your brain and body to process them, too. One study by psychologists at the University of South Florida evaluated 3,000 crying episodes and found increased contentment in 60 to 70 per cent of people after they shed tears.

The brain doesn’t ‘switch off’ during daydreaming. In fact, the ‘default mode network’ performs important tasks including processing the day’s events and planning for the future. Continued activation of this network improves cognitive performance, creativity and overall happiness. Switch your mind from a certain task to a daydreaming activity, including playing games on your phone, every two hours.

Cook or shop, every day

Studies show that spending time eating, preparing or shopping for food can have a meditative effect on the brain, relaxing the body. It also serves to connect the body and mind, distracting from whirring, distressing thoughts.

Research shows that spending 42 per cent of your time resting ensures optimum functioning of immune, digestive and hormonal systems. That’s about ten hours out of every 24. It sounds a lot, but menial, everyday tasks are included; physical activity, stress-reducing conversation and taking a bath, for example.

Kiss.. for six seconds and hug for 20

US psychologist John Gottman tells us that the most powerful kiss lasts for precisely six seconds. This is the perfect amount of intimacy to signal to the body that you are safe and with someone you love. And at least 20 seconds of embrace is needed to lower blood pressure, heart rate, and increase the release of ‘happy’ hormones. 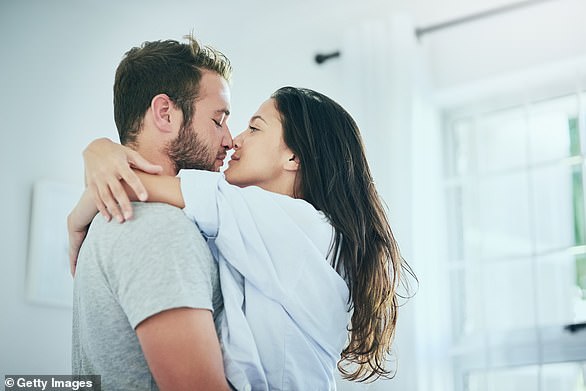 Hugging someone for 20 seconds can lower blood pressure, heart rate and increase the release of ‘happy’ hormones

Antibiotic-resistant superbugs could claim 50,000 lives in UK per year