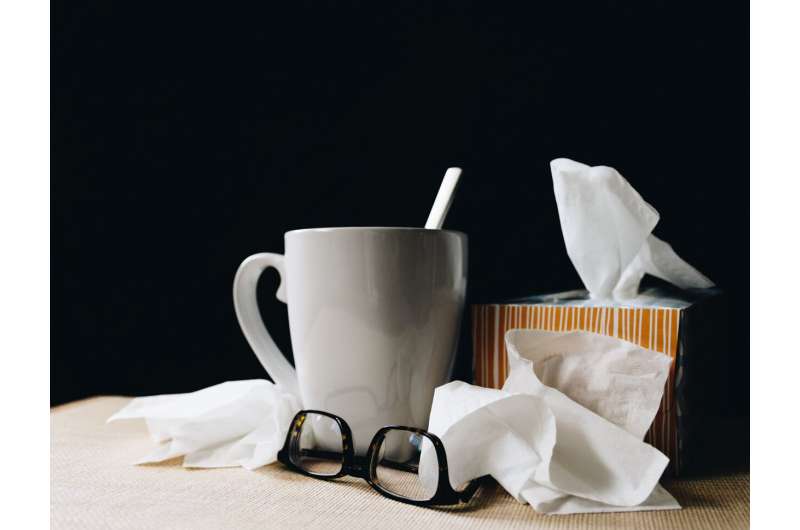 The 2020–2021 flu season was the mildest on record, but experts can’t rule out a “twin-demic” of influenza and COVID-19 this time around.

“COVID mitigation efforts, such as face masking, social distancing, and hand hygiene, played a major role,” he says. That’s not surprising, given that respiratory viruses like COVID-19 and influenza spread in similar ways.

But there was another factor: More people got vaccinated against the flu. “People were just more dialed into the idea of vaccination and being protected,” he says.

Will the upcoming flu season be just as mild?

Lin says flu seasons are notoriously difficult to predict, although there are several reasons for optimism. One is the fact that Australia, which just finished its winter season, had a very mild flu season for the second year in a row. “Oftentimes, what happens in the southern hemisphere is used to predict what will happen here,” Lin says. What’s more, he believes ongoing efforts to mitigate COVID-19 here at home should also help reduce flu transmission.

That said, Lin says it’s possible that the United States could face a so-called “twin-demic” of severe flu and COVID-19. Because it has been two years since the population has been subjected to influenza, our immunity to the flu may be waning.

“That may prime us to potentially have a worse flu season, especially if mitigation efforts go away,” Lin says. And with more schools and businesses being fully open and Americans returning to “normal life,” the flu could be transmitted more easily and result in a more typical flu season, he adds.

For this reason, Lin recommends a flu shot for anyone six months and older. The flu shot can be given at the same time as the COVID-19 vaccine for those who are not yet vaccinated.

How effective is the latest flu shot?

The effectiveness of the flu vaccine varies year to year depending on how well it is matched to the circulating virus. However, research shows the vaccine can prevent hospitalizations and deaths from the flu. In a severe flu season, the United States may experience up to 810,000 hospitalizations and 61,000 deaths, Lin says.

More choices and stable premiums for ‘Obamacare’ next year

Parkinson’s disease: ‘Can you hold onto this please?’ One sign of the disease