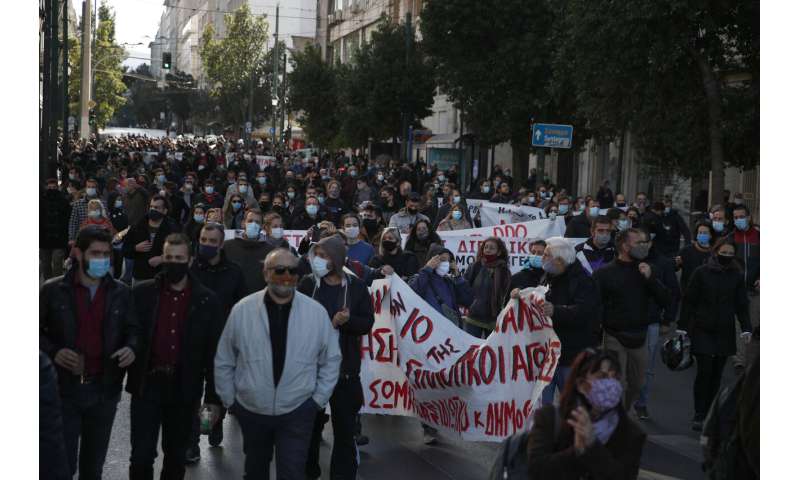 Greece’s government spokesman on Thursday announced a weeklong extension to the country’s current lockdown, due to the continued spread of the coronavirus, particularly in the north of the country.

Stelios Petas said the lockdown, which was due to end on Nov. 30, would be extended to the morning of Dec. 7.

“The decision is necessary as the epidemiological load continues to be high,” Petsas said. “In particular in some areas it is a source of concern.”

The announcement came amid a 24-hour strike by civil servants on a variety of demands, including better workplace protection against the coronavirus. The strike disrupted public transport and services, while several hundred people defied a ban on gatherings imposed due to the pandemic, holding protests in Athens and the northern city of Thessaloniki.

Ferries to the islands were halted and the Athens metro system and tram were shut for Thursday’s strike, although buses continued to run in the capital. Flights that had been canceled or rescheduled went ahead, however, as air traffic controllers called off their strike after a court ruled their participation illegal.

Greek journalists were also participating with a two-hour work stoppage between 11 a.m. and 1 p.m., during which no news broadcasts were aired. 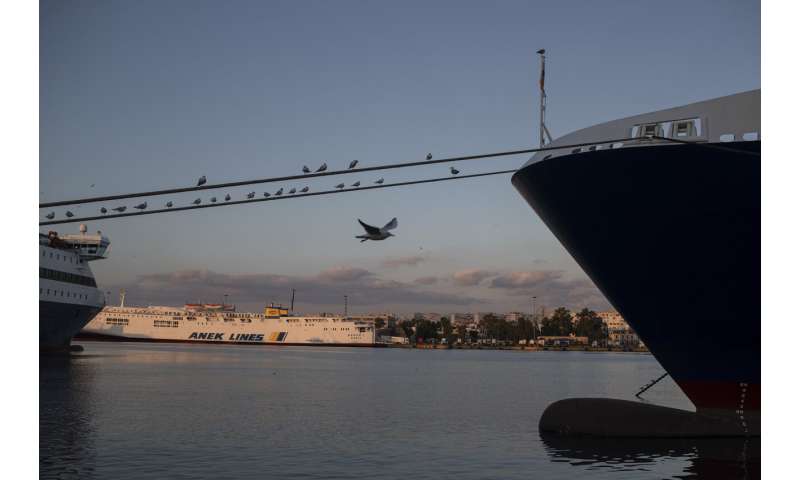 About 400 people gathered in central Athens for a protest march, while about 150 striking workers also gathered briefly for a protest rally in Thessaloniki.

Civil servants unions called the strike on a variety of demands, including the increase of coronavirus-related protective measures in workplaces and in schools, mass hirings in the public transport and health sectors, and salary increases for civil servants.

Public transport workers are also calling for workers to be allowed to undergo tests for COVID-19 at their companies’ expense.

Greece has seen a significant surge in coronavirus cases and deaths that is straining the country’s health system.

Under the current lockdown measures, all retail stores, bars, restaurants, museums, entertainment venues and gyms are closed. People are only allowed to leave home for specific reasons, including work, health reasons, essential purchases, and to exercise or walk a pet, and must send a telephone text message or carry a self-declaration to do so. 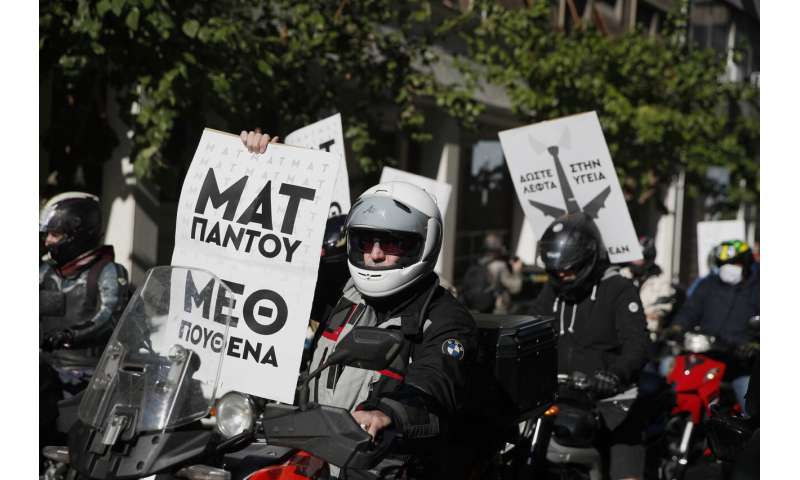 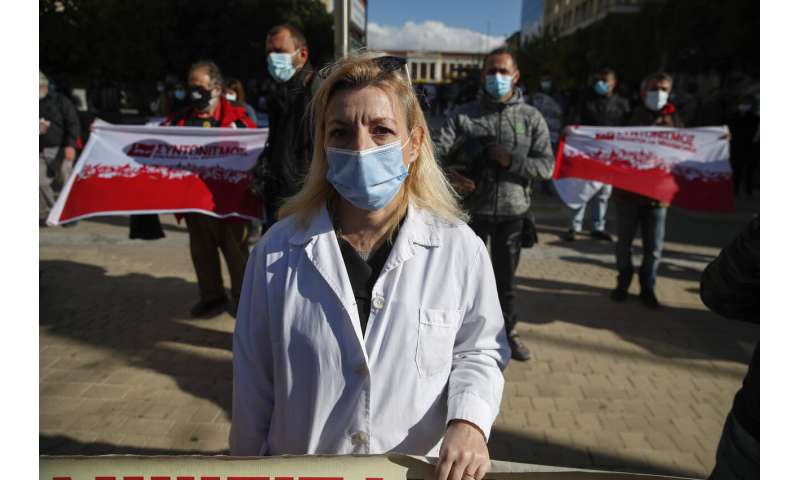 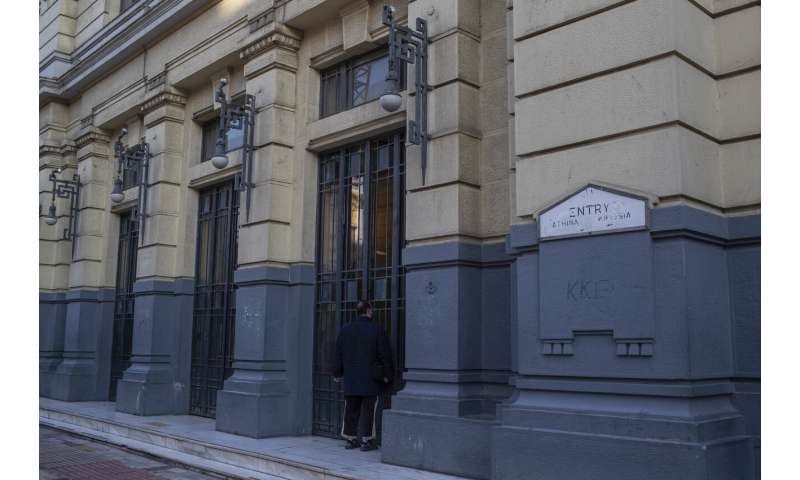 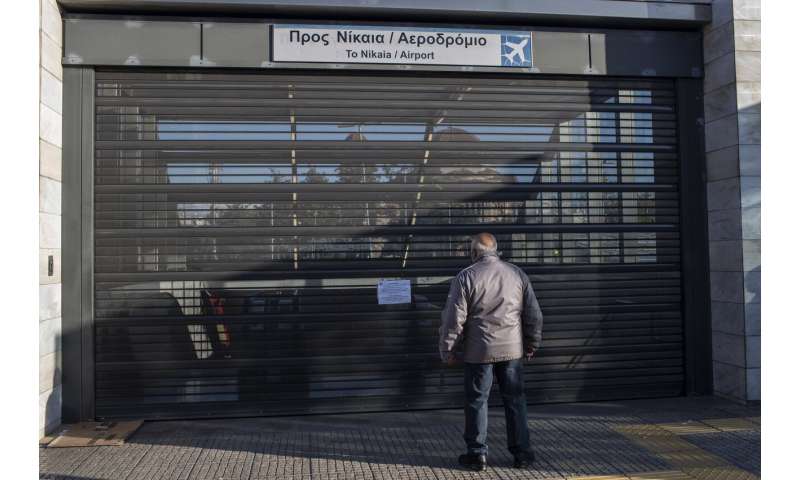 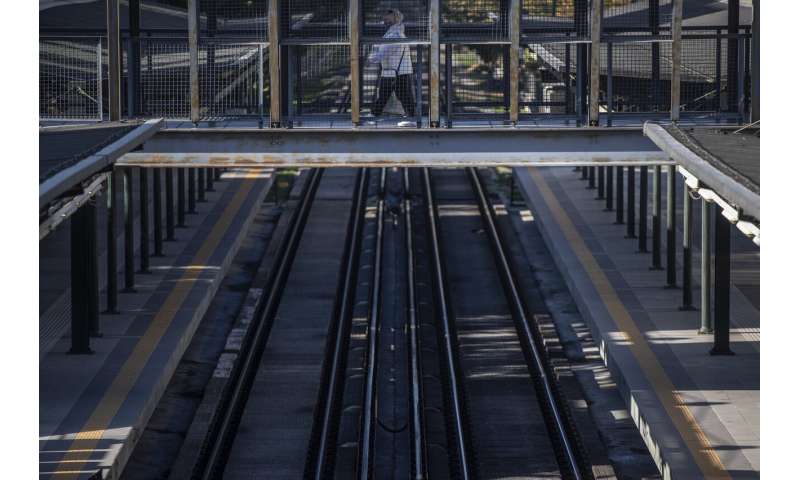 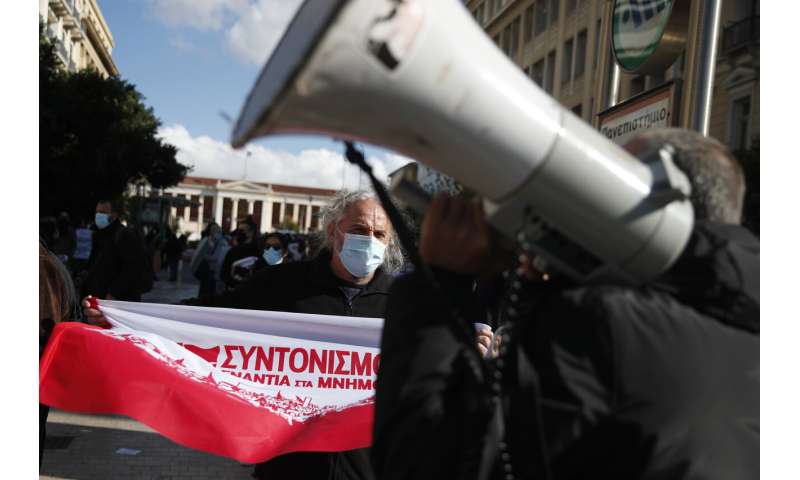 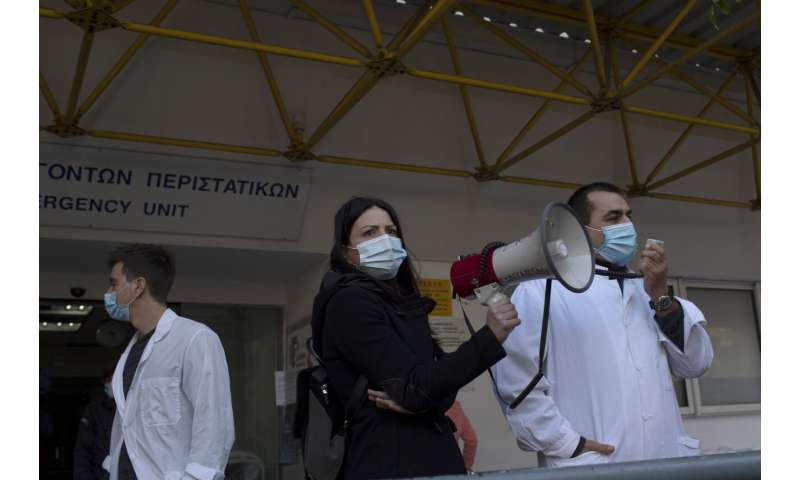 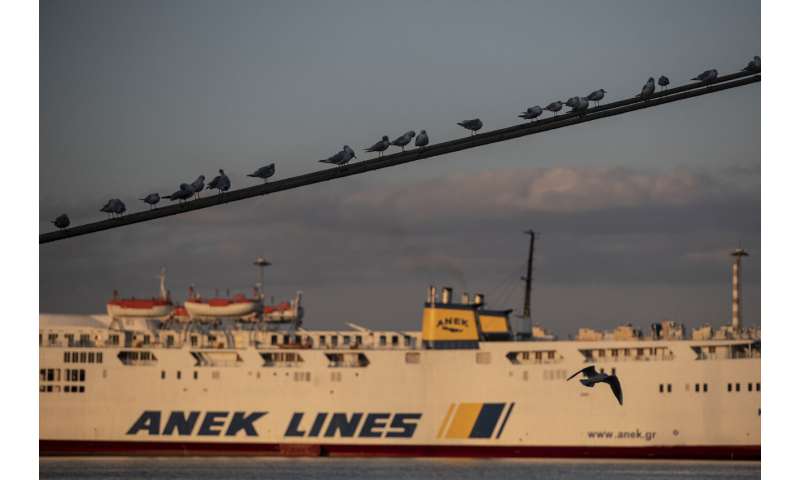 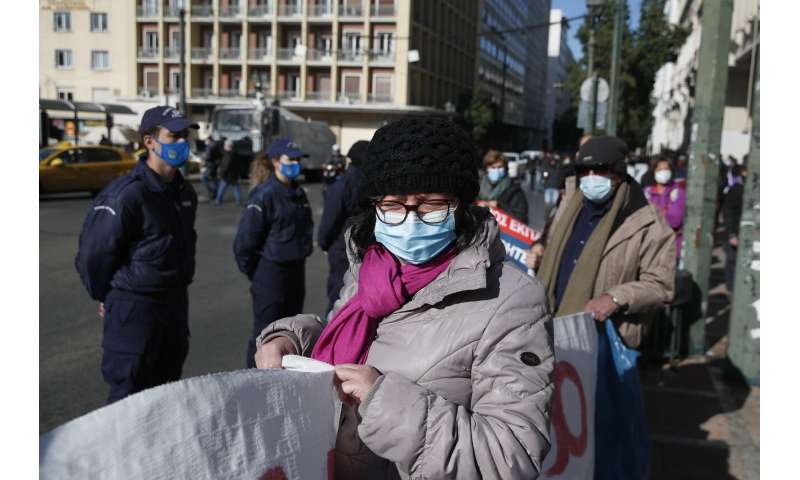 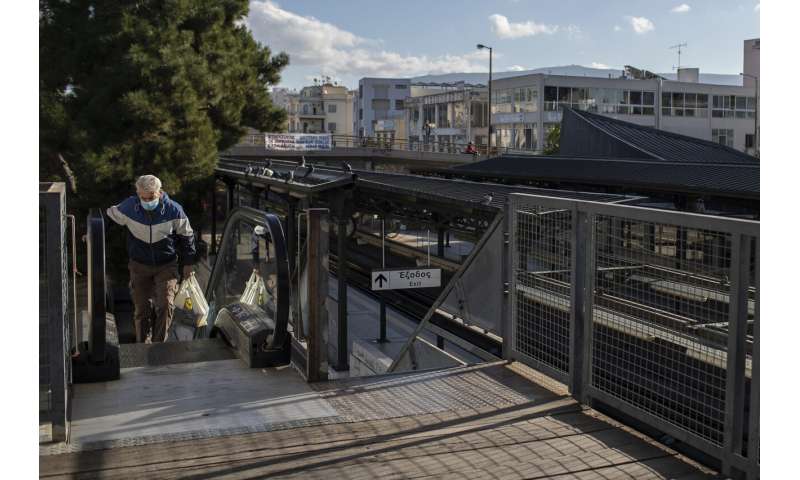 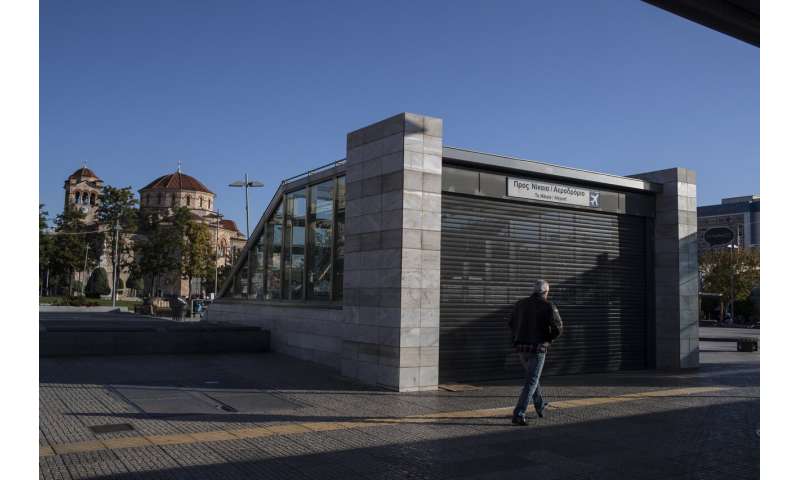 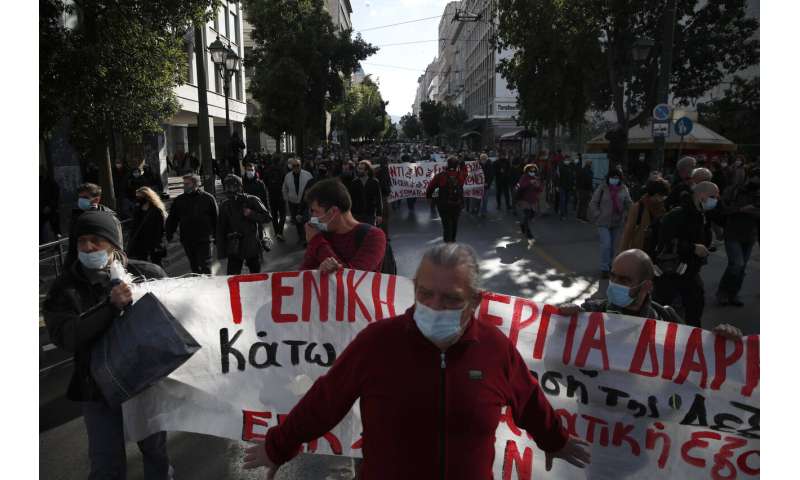 However, there are no restrictions on how many times a day people can leave their homes, or for how long. A 9 p.m. to 5 a.m. curfew is in place, during which people can go out only for work, urgent health reasons or to walk a pet.

State-run broadcaster ERT reported that three COVID-19 patients needing intensive care unit facilities were airlifted from northern Greece to Athens Thursday as there were no more available ICU beds in their areas.

Although the government has carried out mass hirings of medical workers since the pandemic struck and has more than doubled the number of ICU beds since mid-2019, many ICUs, particularly in northern Greece where the outbreak has been most severe, are at or near their capacity. Health authorities have appropriated two private clinics in the northern city of Thessaloniki and their staff, to be used for coronavirus patients.

Heart attack: Taking this supplement could stave off the life-threatening condition

Botox for TMJ disorders may not lead to bone loss in the short term, but more research is needed 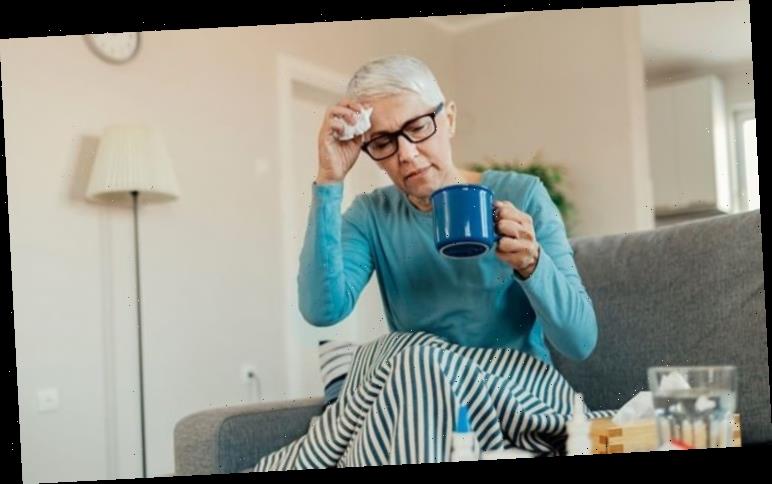