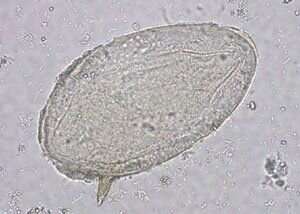 As a medical student looking for a research project, Nathan Lo, MD, Ph.D., stumbled across schistosomiasis, a parasitic worm disease that infects people in Africa, Asia, the Caribbean and South America when they bathe or wade in fresh water.

Repeated infections in children can cause anemia, malnutrition and gastrointestinal symptoms. And long-term infections can lead to chronic abdominal pain, bladder cancer, cirrhosis of the liver, lung disease and even death.

Although it is easy to treat with a drug called praziquantel, schistosomiasis has long been one of the world’s most damaging neglected tropical diseases, with about 250 million people infected and 500 million more at risk of getting infected.

Given the scale of the suffering and how easily it could be averted, Lo wondered why disease burden remained so high despite the mass drug administration programs for school-aged children that had been in place since the early 2000s. So, he and a team of colleagues embarked on a series of epidemiologic and mathematical modeling studies to understand what it would take to better control and eliminate this disease.

They showed that despite treatment, the 5- to 14-year-old school children were getting reinfected by untreated younger children, adolescents and adults in their community who harbored the parasites and had significant disease but were not targeted by treatment programs.

Working in communities in Cote d’Ivoire on the west coast of Africa, and then doing simulation modeling of the treatment programs in those settings, Lo’s team showed that scaling up the mass drug administration programs to include everyone in the affected communities would have a significant impact on public health. They also found that doing so would be cost-effective. The programs were already in place, and the drug was being donated by pharmaceutical companies.

In a 2015 paper in Lancet Global Health, Lo’s team estimated that including preschool-aged children, adolescents and adults in existing mass drug administration programs would significantly reduce transmission and burden of disease across all age groups. The price of treating these other groups would only add $1 to the already low 75 cents per person cost. That was a small amount in comparison to the estimated cost of the disease that the treatment would prevent.

In a policy analysis published in 2016 in The Lancet Infectious Diseases, Lo and colleagues called on the WHO to revise its guidelines based on updated scientific and programmatic experience for mass drug administration for schistosomiasis.

A change in global guidelines

This week, the WHO announced it would embrace a much more aggressive strategy with new guidelines for the control and elimination of schistosomiasis that shift the approach of the last two decades.

“Schistosomiasis is really a problem we can solve,” said Lo, now a Faculty Fellow in the Division of HIV, Infectious Diseases and Global Medicine in the Department of Medicine at UC San Francisco. “This is the first time in almost 15 years that the mass drug administration strategy is going to have a fundamentally new approach.”

The new guidelines, for which Lo served as lead writer and editor, recommend mass drug administration in entire communities, including adolescents and adults, when as few as 10% of children are infected.

“The old guidelines made sense at the time, and there’s a lot of public health gains that came out of them,” Lo said. “But 10 to 20 years later, we’ve learned so much, and we have more ambitious policy goals.”

Last year, for example, WHO mapped out a larger strategy to eliminate neglected tropical diseases like schistosomiasis by 2030. These diseases affect more than 1 billion people around the world.

For schistosomiasis, which has a complicated life cycle, the key is community-wide treatment to prevent reinfections.

The parasite lays eggs inside human hosts, who then excrete them into fresh water, where they hatch and multiply in snails.

The schistosome larvae burrow into people’s skin when they go into the water, migrating into blood vessels, where they mature and mate. Females lay eggs that travel to the urinary and gastrointestinal tracts, where they are excreted, and once again find their way into the water.

It isn’t the eggs so much as the immune system’s attempt to destroy them that causes the most serious damage from long-term infections. But even chronic, low-grade infections in adults are enough to keep transmission going.

The new approach could finally stop people from getting reinfected and end a scourge in poor communities around the world.

How to sleep: Doctor shares ‘paradoxical’ sleep hack that may help you nod off in minutes