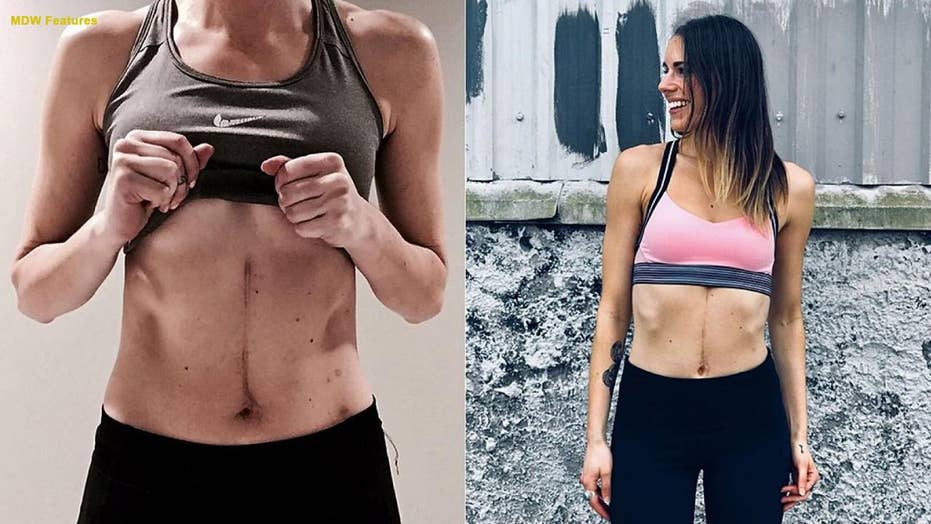 Sophie Gillett was determined to get back in the gym after her horrific injury and is now connecting with others on Instagram about their surgeries and scars.

A snowboarder who five years ago survived a freak accident that caused her pancreas to split in half is back in the gym and spreading a body positivity message after embracing the large scar left on her torso. Sophie Gillett had set out for a day at Whistler with her then-boyfriend and a friend in 2014 when the accident happened on her very first run.

“When we got to the area we initially wanted to ride on, it was heavily crowded, so we took a detour to find somewhere else,” Gillett, 34, told MDW Features. “As I had lived in Whistler for years, I knew the mountain terrain quite well. That day the snow was barely even halfway up the mountain, with large rocks protruding everywhere.”

CURE FOR CANCER? ISRAELI SCIENTISTS CLAIM TO BE ON BRINK OF DEVELOPMENT

But despite the poor conditions, the trio took off down the mountain, which is when tragedy struck for Gillett.

“I was riding and then suddenly I hit a protruding rock which launched me onto hard-packed snow and ice, and on impact doctors say it split my pancreas in two parts,” Gillett told MDW Features.

Faced with a choice of waiting hours for help or trudging two miles to the nearest ski lift, Gillett set off on foot with her condition worsening along the way. She said she was unaware of the severity of her injuries until she got back to a friend’s house where she started vomiting blood. She was taken to the hospital where she claims medics were puzzled by her injuries.

“I spent hours in excruciating pain, yelling and screaming for someone to help me and figure out what was wrong,” she told MDW Features. “I had multiple MRIs and a CT scan which showed my pancreas had been damaged. I was then told I needed to go to Vancouver to get emergency surgery.”

Gillett said her doctors said her injury was a “freak accident,” and that surgeons “removed the tail and hoped my digestive system would still work.” Despite her severe injury and subsequent digestive issues, Gillett was determined to return to physical activity and began walking the day after surgery.

“At first I would cry every time I got out of the shower and looked at my broken body in the mirror,” she told MDW Features, of the 5-inch scar left behind. “But something in me told me I needed to still be me. So, I continued to wear things like crop tops or bikinis at the beach.”

She learned to accept her new appearance and started an Instagram account to help others feel empowered.