Exercising while cutting calories may be bad for your BONES: Putting active mice on a restricted diet reduced their bone volume by 20%

Combining exercising with cutting calories is often the go-to for weight loss.

But research suggests being active while restricting how much we eat may be bad for our bones.

Scientists put mice on a restrictive diet and ‘running routine’ for six weeks. They lost weight, which the team thought would make their bones more robust.

The researchers were therefore surprised to discover the rodents’ bone volume had actually decreased by 20 per cent.

From a ‘human perspective’, the researchers warn cutting calories while exercising could have a ‘great impact on bones’, particularly in women, whose bones naturally weaken with age.

The University of North Carolina study comes amid a growing trend for calorie-restricting diets, such as the 5:2 or 16:8 eating patterns. 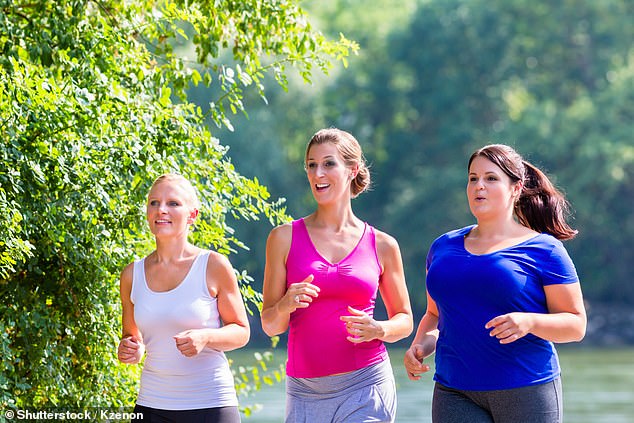 Exercising while cutting calories may be bad for bone health, research suggests (stock)

‘These findings were somewhat of a surprise for us,’ lead author Dr Maya Styner said.

‘Past studies in mice have shown us exercise paired with a normal-calorie diet, and even a high-calorie diet, is good for bone health.

‘Now we’re learning this isn’t true for exercise along with a calorie-restricted diet.

‘Looking at this from a human perspective, even a lower calorie diet that is very nutritionally sound can have negative effects on bone health, especially paired with exercise.’

Exercise has been shown to support bone strength, the researchers wrote in the Journal of Bone and Mineral Research.

However, the effect of calorie reduction on this process was less clear.

To learn more, the researchers fed mice a normal diet or one with 30 per cent less calories.

For context, the US Department of Agriculture recommends a ‘moderately active’ 30-year-old woman eats 2,000 calories a day.

A 30 per cent reduction would take her to 1,400 calories, which is around the amount suggested to help women lose weight at a healthy rate of 1lb (0.4kg) a week.

HOW MANY CALORIES DO I NEED EACH DAY?

The basic amount of calories an average adult needs per day is 2,000kcal for women or 2,500kcal for men.

This is based on the amount of energy the body needs to carry out basic functions and to walk and work throughout the day.

People who exercise a lot need to eat more calories to fuel their efforts, and young people and children burn more energy, too.

If you eat more calories than you burn in a day, you will get fatter.

Eating fewer calories than you burn will make you lose weight.

Foods which are processed and have high levels of carbohydrate, sugar and salt have higher calorie numbers than fresh fruit and vegetables.

Some of the rodents in both groups were allowed to be sedentary, while the remainder were put on a ‘running exercise’.

After six weeks, the ‘diet group’ weighed 20 per cent less than the mice on the regular diet, which the researchers put down to their food and not their activity levels.

The team measured the animals’ thigh bones via 3D MRI scans. They found bone volume was 20 per cent less in the calorie-restricted mice.

The calorie-restricted rodents were given supplements to match the vitamin and mineral intake of the animals on the regular diet.

Their reduction in bone health was therefore down to cutting calories rather than a lack of nutrients, the researchers said.

Another surprising result was the increase of bone marrow fat in the calorie-restricted mice, despite them losing weight overall.

Bone marrow fat is thought to make the bones of mammals, including mice and humans, weaker, the researchers claim.

‘This was mild caloric restriction and we found a significant increase of fat in the bone marrow,’ Dr Styner said.

‘This group also had a decrease in bone quantity – they had less bone overall due to the cut in calories.’

Although the study was carried out in animals, the researchers believe similar results could apply to humans, particularly women.

‘This is important for women to consider because as we age our bone health starts to naturally decline,’ Dr Styner said.

‘Your calorie intake and exercise routine can have a great impact on the strength of your bones and your risk for break or fracture.’

The researchers are planning further studies to uncover the purpose of bone marrow fat, and how it is affected by diet and exercise.

Calorie-restricted diets have surged in popularity in recent years, with more and more people turning to fasts, like the 5:2, low-carb plans, such as Atkins, and juicing ‘cleanses’.

As well as promoting weight loss, fasting alone has been linked to a longer life, stronger immune system and even a reduced risk of cancer.

HOW MUCH EXERCISE DO YOU NEED TO DO?

To stay healthy, adults aged 19 to 64 should try to be active daily and should do:

A good rule is that 1 minute of vigorous activity provides the same health benefits as 2 minutes of moderate activity.

One way to do your recommended 150 minutes of weekly physical activity is to do 30 minutes on 5 days every week.

All adults should also break up long periods of sitting with light activity.

Who extended every day this step runs number of his life

Hot baths can burn the same calories as 30 minutes of exercise, research reveals 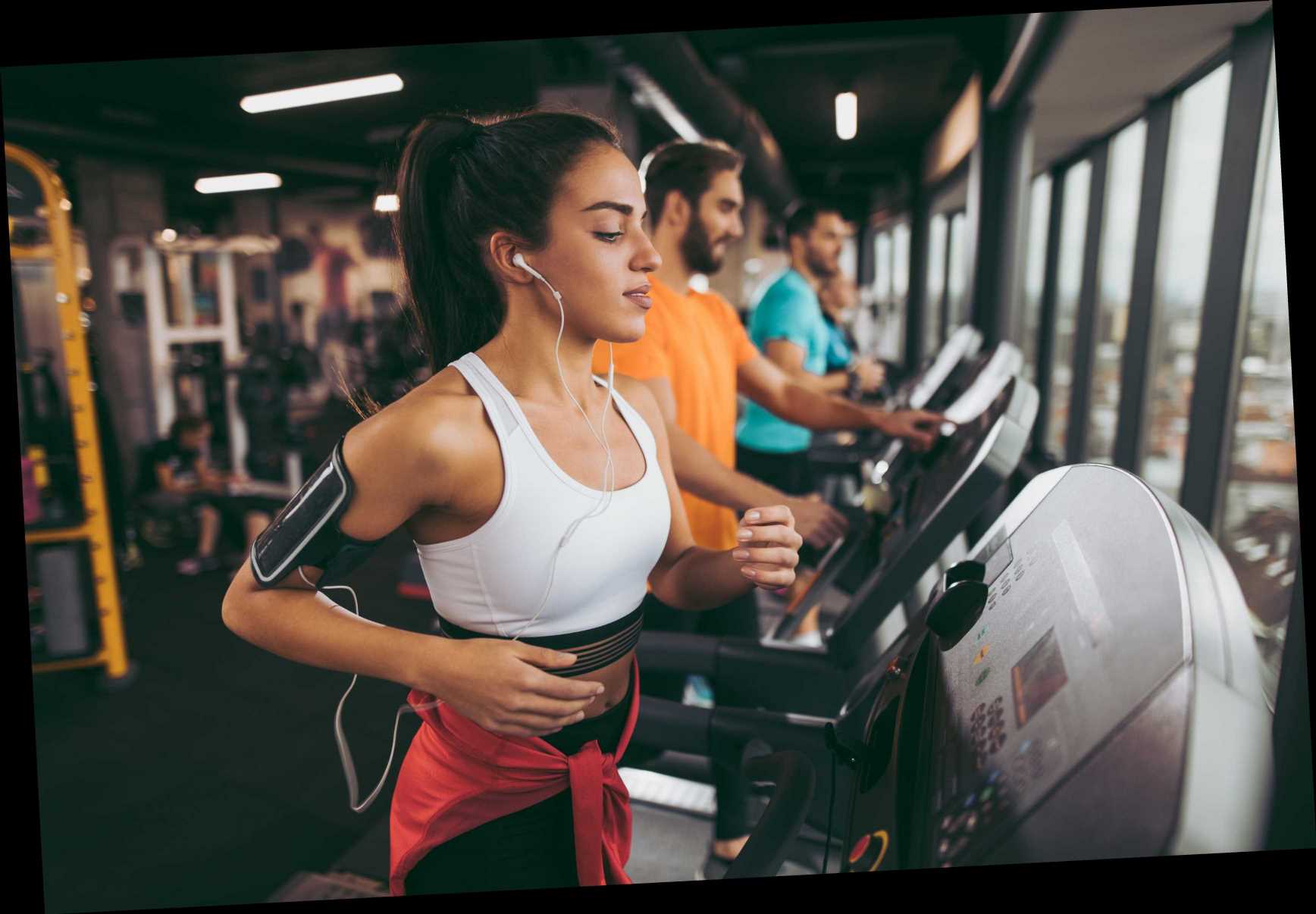