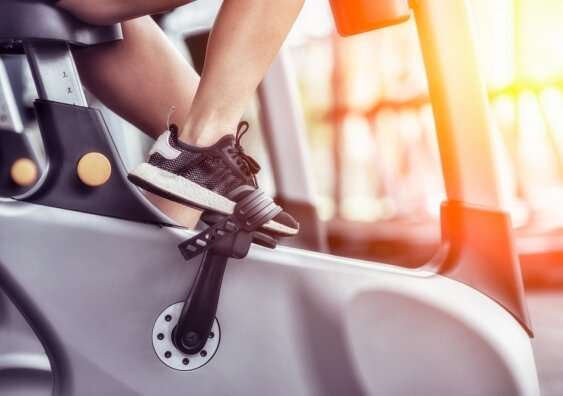 A study in menopausal women found that participating in interval sprinting three times a week over two months resulted in significant health benefits.

Twenty minutes of sprints on an exercise bike three times a week for eight weeks – eight hours of exercise in total – is all that’s needed to reverse some of the negative effects of menopause, a new study by UNSW Sydney medical researchers has found.

For the majority of menopausal women who are overweight and don’t exercise, menopause is accompanied by a decrease in muscle mass and aerobic fitness and an increase in fat mass, which contributes to the increased rates of type 2 diabetes in postmenopausal women.

Interval sprinting exercise, however, can reverse these negative effects of menopause.

“Interval sprinting is a very time-efficient form of exercise which we have seen result in a number of health benefits,” says Dr. Yati Boutcher, who led the research.

In the study, 40 overweight postmenopausal women were separated in two groups – one that completed the exercise intervention, and one that didn’t.

Women who participated in the eight-week bike sprints program put on 0.7 kilograms of muscle in their legs and trunk and lost 0.4 kilograms of body fat – after just eight hours of exercise. They also significantly increased their aerobic fitness, by 12%.

“The increase in muscle mass after eight hours of sprinting equates to an 86-gram gain per hour of sprint exercise. This compares favourably to the effect of weight training, which in postmenopausal women has typically shown a 40-gram gain in muscle mass per hour,” Dr. Boutcher says.

Dr. Boutcher says the findings can be generalised to women similar to those in the study, i.e. women who are sedentary, overweight and menopausal.

“However, as is the case for all forms of exercise, if you don’t do it you lose it, so taking up interval sprinting exercise is a lifestyle change.”

Dr. Boutcher’s team has previously studied the impact of the sprinting program on normal weight and overweight young women and men, which also resulted in a significant increase of muscle mass and a loss of body fat after stationary sprint cycling for 20 minutes, three times a week.

Prostate cancer symptoms: Having this colour pee could be a sign of the deadly disease