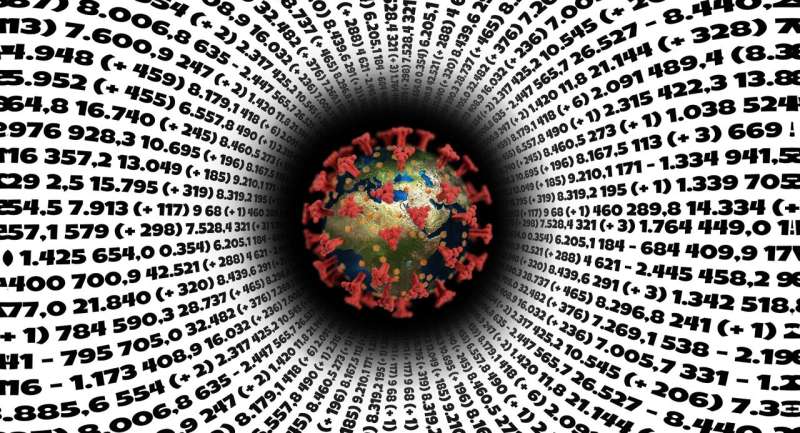 Remember alpha, the first COVID-19 variant? It first appeared in Great Britain in late 2020. Alpha put the world on alert that mutations can change everything we thought we knew—within mere weeks—about what to expect from COVID-19.

Back then, Carolina economist Peter Reinhard Hansen was skeptical of reports that alpha was 50% more infectious than the original coronavirus, SARS-CoV-2.

“I was surprised and wondered if the high number, which was based on simple methods, could be true,” said Hansen, the Henry A. Latané Distinguished Professor of Economics in the University of North Carolina College of Arts & Sciences.

So Hansen began crunching the numbers himself.

Building on statistical methods from econometrics—which he typically applies to models of financial volatility—he built a model, outlined in a paper under review, to estimate the infectiousness of new viral variants and better predict case numbers once a new variant emerges.

Hansen used health data available from Denmark to calculate a value known as the reproductive number (R0) for alpha. This value characterizes the average transmissibility of an infectious disease in a susceptible population with little to no immunity. (Back when alpha was spreading, vaccines were not yet widely available in Denmark.)

“Everything I had read in the early reports turned out to be true,” Hansen said. “It was about 50% more infectious. The data were compelling.”

Denmark engages in more testing and genetic sequencing per capita than the United States. This means their health data more accurately reflect a week-to-week snapshot of the viral variants present, and in what proportion. Using a method called maximum likelihood estimation, Hansen used Denmark’s fine-grained data to also calculate the infectiousness of the delta and omicron variants. The framework makes it possible to predict case numbers of a new variant before the variant has been determined in positive tests.

There are some caveats, however. By the time omicron began spreading in Denmark, about 82% of its population was fully vaccinated. Because of this, the model is estimating the advantage of omicron in a population with a high level of vaccine immunity. Because the Danish population has a higher proportion of vaccinated people than the U.S, or even North Carolina, it is difficult to draw a direct comparison for forecasting omicron’s infectiousness here.

“In North Carolina, about 35% have not received their first shot,” said Hansen. “Which means we have more susceptible people here than in Denmark and the advantage omicron has over delta could be different here.”

Coronavirus new strain symptoms: Have you been infected? The top four signs