Britain’s first dedicated medical cannabis clinic has been accused by doctors of making unfounded claims for the drug’s pain-relieving qualities.

The private Medical Cannabis Clinic (MCC) opened in Manchester last week amid complaints that patients have been denied access to the drug by the NHS. Further branches are scheduled for Birmingham and London’s Harley Street.

The MCC website claims the drug can help with chronic pain, but guidelines issued by the Royal College of Physicians state ‘there is no robust evidence’ for such use. 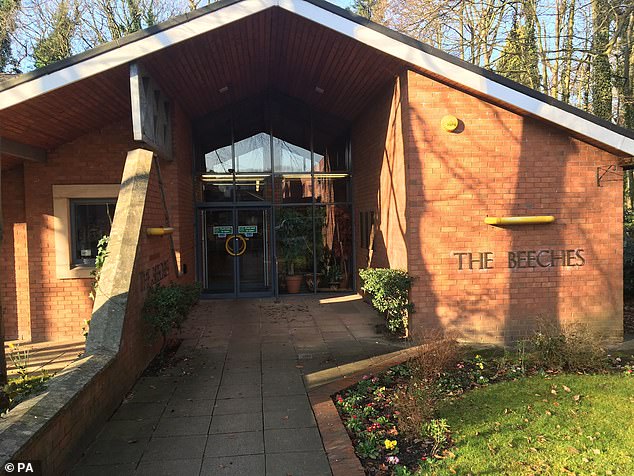 And yesterday Dr Barry Miller, dean of the Faculty of Pain Medicine, said: ‘We are aware that clinics are being established in the UK by companies with a direct financial interest in cannabinoids.

‘The faculty is deeply concerned by this development which appears in contrast to the very limited data available on the use of cannabinoids for pain management and that these clinics are being introduced before the findings of research being undertaken by the National Institute for Clinical Excellence are published.’

In a letter to The Times newspaper last year, more than 150 leading pain specialists expressed concern about prescribing cannabis for pain.

The Mail on Sunday can reveal that European Cannabis Holdings, the parent company of the MCC, runs a self-styled Academy Of Medical Cannabis.

Dozens of ‘cleansing’ drinks that help cannabis users to cheat urine tests are on sale in the UK.

The supplements contain chemicals that flush cannabis toxins out of the body, allowing users to hide their use of the drug if their urine is tested by police or employers. One drink called Ultimate Detox, made by an Edinburgh-based firm of the same name, costs £30 and is marketed with the slogan, ‘Never worry about a drugs test again!’

Critics last night accused manufacturers of helping cannabis users to break the law. Tory MP Craig Mackinlay, chairman of an all-party parliamentary group investigating the effects of cannabis on the brain, said: ‘The open availability of these drinks on the market is deeply worrying.’

Ultimate Detox did not respond to request for comment last night.

It lists smoking joints and eating sweets laced with the drug as ways of ‘medicating’ for various health conditions.

The academy is presented as offering doctors impartial advice about how cannabis can be used to treat people with pain, epilepsy and other conditions.

Its website features videos fronted by Dr Edmund Bonikowski, a GP and rehabilitation specialist, who cites studies in which patients with neurological problems smoked cannabis with favourable results.

But it has been condemned for failing to fully outline potential dangers. Sam Ahmedzai, professor emeritus of palliative care at Sheffield University, claimed suggesting people smoke joints for pain relief was ‘misleading and irresponsible’.

The academy insists it does not encourage smoking cannabis, saying: ‘From a medical point of view this cannot be recommended.’

The MCC’s clinical director is neurologist Professor Mike Barnes. Last night, he said patients would not automatically be given cannabis and they would have to be referred by a GP or hospital consultant.

IBS diet: What is the FODMAP diet? The 10 foods to AVOID

COVID kidney injury may be twice as common as diagnosed

Getting a flu vaccine this year is critical, top health officials say