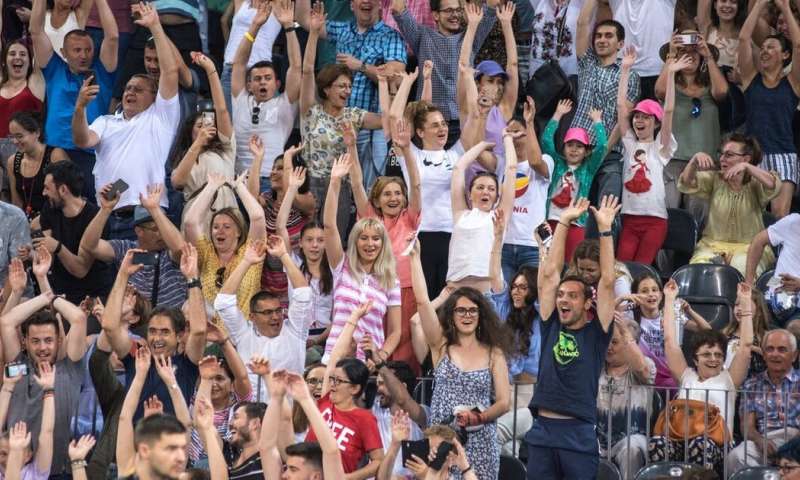 The federal government’s decision to ban “non-essential” mass gatherings of more than 500 people from today has led to some confusion about what’s included and also some amusement about the weekend’s delay from announcement to implementation.

The delay is probably understandable, as it allows for people to be informed. And overall, the ban makes sense from a public health perspective.

While the likelihood of any individual coming into contact with someone with the disease at such events is small, it’s difficult to protect people in large crowds and to identify those who may have been exposed.

This measure is part of Australia’s ambition to restrain COVID-19. If we can defer or limit the peak of the pandemic, we’re more likely to have sufficient health capability to care for those affected:

So how do we flatten the curve?

At this stage, the only effective strategies to reduce the spread of COVID-19 are social distancing and personal hygiene.

Personal hygiene is about getting those with the disease to limit the likelihood of spreading the virus by isolating them.

For unaffected people, it means reducing their risk of acquiring the disease through hand washing and avoiding personal contact.

Social distancing is about trying to increase the distance between someone with the disease and those who may be susceptible to it.

The spread of this disease depends on the closeness of others to someone with the disease. We can achieve this in our normal personal and work environments, but it’s more difficult in crowded locations.

As always with complex events such as pandemics, the evidence is variable and not clear cut.

A recent review by researchers on the Gold Coast found mass gatherings can increase the number of emergency department presentations by up to 400 patients per day. This includes not only infectious diseases but also a range of other problems including injury and drug and alcohol problems

But the impact is variable and depends on the nature of the event.

However, this effect is most likely within ten days of the peak of the epidemic and the evidence of effect outside of those times is limited.

On the other hand, a review of research from the United States found that such outbreaks at mass gatherings were uncommon and this was the case even during the 2009 swine flu pandemic.

So in the absence of definitive evidence, Australian health authorities have taken a pragmatic view and proceeded to reduce risk by banning large events.

Why ban mass gatherings of 500 or more?

There’s no strong evidence behind this figure. Small social engagements between friends is unlikely to increase your risk while large events may do so. The figure is a reasonable attempt to give guidance to the community.

Why are schools and universities exempt?

Ordinarily, one of the most effective strategies to control a respiratory pandemic is to close schools. Children, particularly smaller kids, can rapidly spread respiratory infections as they’re not good with social distancing or with personal hygiene.

However, children don’t seem to be particularly at risk from COVID-19.

School closures have consequences for parents and families who may not be able to attend work. This could have a significant impact on health services’ ability to maintain or increase their staffing numbers.

Closing schools is likely to result in children spending more time in crowded public locations such as shopping malls or with grandparents who are at higher risk of serious complications.

So, at this time when the strategies are aimed principally at control and risk-reduction, closing schools may prove counterproductive.

But this may change if a full-blown epidemic emerges.

The same applies to workplaces: closing them down isn’t necessary at this stage.

Workplaces can usually institute measures to enhance social distancing including working from home, where possible, creating space between employees in the workplace, and improving personal hygiene practices.

The challenge occurs during travel to and form work where it is more difficult to exercise social distancing.

What are we aiming for?

Pandemics are the most challenging and dangerous international disasters. But there is hope.

Analysis of the outbreak in China has shown aggressive intervention can limit the impact of this disease. In Hubei Province, which was the origin and epicentre of this outbreak, there have been only four new cases in the last 24 hours.

Analysis by a joint World Health Organisation and China’s Center for Disease Control mission has identified that one in 1,000 people have been diagnosed with the disease and one in 20,000 have died from it. These are relatively low numbers compared to what could have eventuated.

Losing weight: before every diet these six questions

COVID-19 Can Attack the Heart in Addition to the Lungs

Shaun Ryder health: ‘They said it might be stress related’ Music star on his condition