The main symptoms of COVID-19 include fever, a persistent cough and shortness of breath. As the virus continued to spread, another symptom came to light after it was reported by a number of patients The symptom was eventually listed in the official list of symptoms by the World Health Organisation in the end of May. Now scientists discover why this symptom occurs in an infection and whether it will be permanent.

Loss of smell was a symptom which was only later added to the official list of symptoms despite the large number of people declaring it as a possible warning.

Scientists have now discovered why coronavirus causes some patients to lose their sense of smell.

Known as anosmia, the temporary loss of smell and sometimes accompanied with loss of taste, is one of the earliest and most commonly reported warning signs of the novel coronavirus.

Studies suggest the “devastating” symptom better predicts the disease than most other well-known symptoms such as a fever or cough. 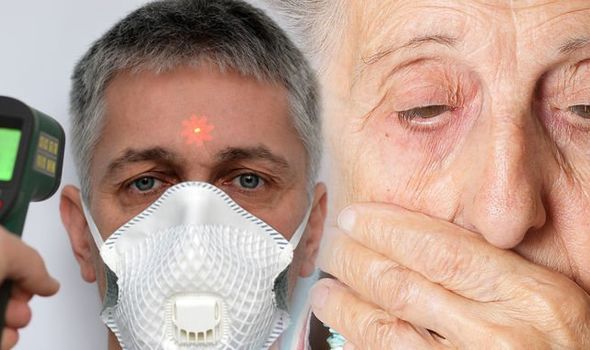 Why does a person lose their sense of smell due to an infection?

Researchers at Harvard Medical School identified which cell types used for smelling are the most vulnerable to a COVID-19 infection.

The researchers were surprised to discover sensory neurons, which detect and transmit the sense of smell to the brain are not vulnerable to the disease.

The study found that it in fact attacks the cells supporting the olfactory sensory neurons.

Associate professor of neurobiology at Harvard Medical School and co-author of the study, Dr Sandeep Robert Datta said this was a positive finding because it suggests most cases of COVID-19 are unlikely to cause a permanent loss of smell.

DON’T MISS
High cholesterol: Warning sign of the dangerous condition found in your hands [INSIGHT]
Type 2 diabetes symptoms: The warning sign that can be found in a person’s hair [INSIGHT]
Heart attack warning – how your fingernails could reveal your risk of deadly heart disease [TIPS]

What the experts said

Dr Datta said of the findings: “It indicates that the novel coronavirus changes the sense of smell in patients not by directly infecting neurons but by affecting the function of supporting cells.

“I think it’s good news, because once the infection clears, olfactory neurons don’t appear to need to be replaced or rebuilt from scratch.

“We need more data and a better understanding of the underlying mechanisms to confirm this conclusion.” 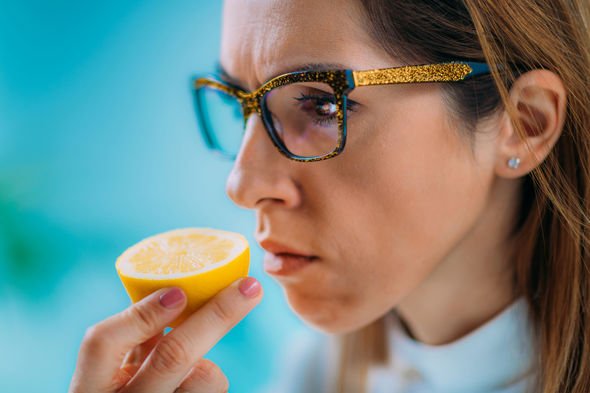 The loss of smell symptoms took a considerable amount of time to be officially added.

A statement read from the UK’s four chief medical officers said back in May: “All individuals should self-isolate if they develop a new continuous cough or fever or anosmia.

“Anosmia is the loss or a change in your sense of smell.

“It can also affect your sense of taste as the two are closely linked.”

Professor Tim Spector from King’s College London led a study which prompted the government’s change and asked for guidance to change the list as far back as 1 April.

Professor Spector had said at that time: “When combined with other symptoms, people with loss of smell and taste appear to be three times more likely to have contracted COVID-19 according to our data and should therefore self-isolate for seven days to reduce the spread of the disease.”

Speaking on BBC Radio 4’s Today programme yesterday, Professor Spector said that limiting the list of major symptoms provided by the NHS meant that thousands of cases were being missed.

High blood pressure: Five foods you can eat to help lower your reading

What to Eat (& What to Avoid) If You Have Endometriosis

The importance of blood tests for Alzheimer’s: Two neurologists explain the recent findings