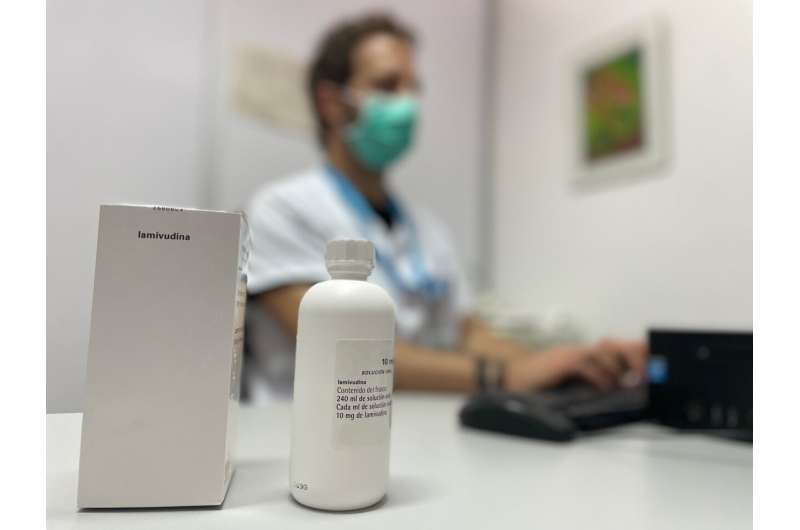 Lamivudine, a commonly-used antiretroviral drug for treating HIV, improves cognition in a mouse model of Down syndrome, according to the findings of a joint new study by researchers at the Centre for Genomic Regulation (CRG) and the IrsiCaixa AIDS Research Institute, a center jointly promoted by the la Caixa Foundation and the Department of Health of the Generalitat de Catalunya. The research is published today in the Journal of Cellular and Molecular Medicine.

Though clinical studies are necessary to confirm that the drug elicits a similar effect in humans, the initial research highlights the potential of using pharmacological interventions such as lamivudine—or other drugs capable of blocking the same therapeutic target—as a treatment for ameliorating cognitive impairment of people with Down syndrome.

Down syndrome is a condition in which a person has an extra chromosome. Typically, a baby is born with 46 chromosomes. Babies with Down syndrome have an extra copy of one of these, the 21st chromosome. This results in mild to moderate intellectual disability, affecting general cognition traits such as memory, attention span and speaking ability. Adults with Down syndrome also experience accelerated aging, resulting in relatively rapid cognitive decline more commonly seen in much older adults in the general population.

People with Down syndrome are also at increased risk of Alzheimer’s disease. Chromosome 21 plays an important role in this relationship as it carries a gene—amyloid precursor protein (APP)—that produces amyloid proteins that build up in the brain and are associated with disrupting brain function. Amyloid accumulation is common in most adults over the age of 40 with Down syndrome.

To aid independent living, most people with Down syndrome undergo psychosocial interventions such as cognitive stimulation therapy, one of the only treatment options currently available. However, no pharmacological interventions exist to date. Targeting retrotransposons is a new unexplored option for Down syndrome that this work demonstrates is of great therapeutic interest.

Retrotransposons are segments of DNA that change their location within the genome by making RNA copies of themselves that jump back into DNA at another location. Retrotransposons can insert themselves into specific areas of the genome and, by chance, position themselves in gene-promoting regions associated with neurodegenerative diseases, enhancing their activity. Rates of retrotransposition increase with age and cellular senescence.

Retrotransposons show some similarities to HIV, rapidly replicating within cells, though not necessarily with pathological implications. The authors of the study hypothesized that using existing inhibitors that currently target the replication of HIV—such as the enzyme reverse transcriptase—could also work to block retrotransposons. 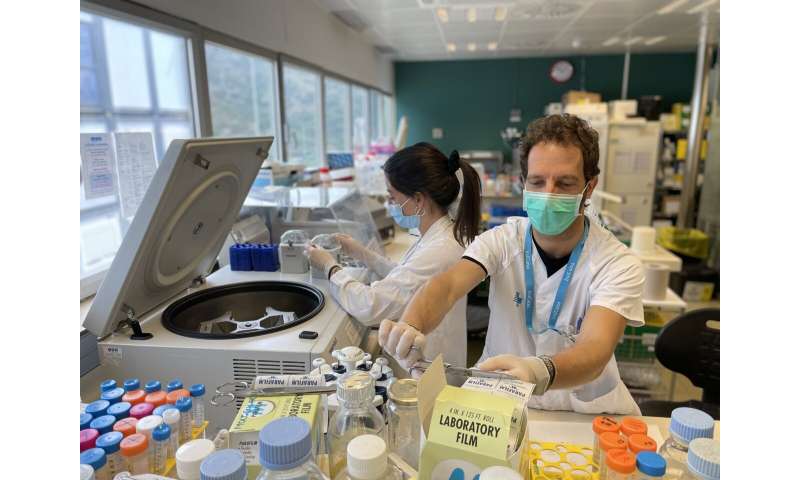 “Both HIV and retrotransposons need the same molecule to make copies of themselves: the reverse transcriptase enzyme,” explains Dr. Bonaventura Clotet, Director of IrsiCaixa. “We know that lamivudine, a reverse transcriptase inhibitor used against HIV, was shown in aged mice to decrease the activation of retrotransposons which could be linked to age-associated disorders. Therefore, we thought that it could be useful to counteract the cognitive impairment associated with Down syndrome,” he adds.

The researchers used Ts65Dn mice, the most widely-studied Down syndrome animal model to date. For a period of four months, mice were treated with lamivudine, with another control group receiving water. The researchers then carried out various behavioral experiments designed to test locomotor activity, recognition memory and anxiety.

They found that mice receiving lamivudine showed improved cognition. The authors of the study hypothesize that the observed benefits of lamivudine could be due to its effect on one or more variants of the APP gene.

“Our work aims to support people with Down syndrome and their families by providing them more options to live independent lives, particularly those affected by early-stage Alzheimer’s disease,” says Dr. Mara Dierssen, researcher at the CRG and co-author of the study.

“We still need pharmacological treatments that consistently help improve memory, attention and language functions, or prevent cognitive decline associated with aging. This study is one step aiming to change that, revealing retrotransposition as an interesting mechanism to pursue not only in aging but also in neurodevelopmental disorders,” concludes Dr. Dierssen.